Don't be afraid of the score

As much as we love engraving, don’t be afraid to try score for line art, sometimes it is the best. 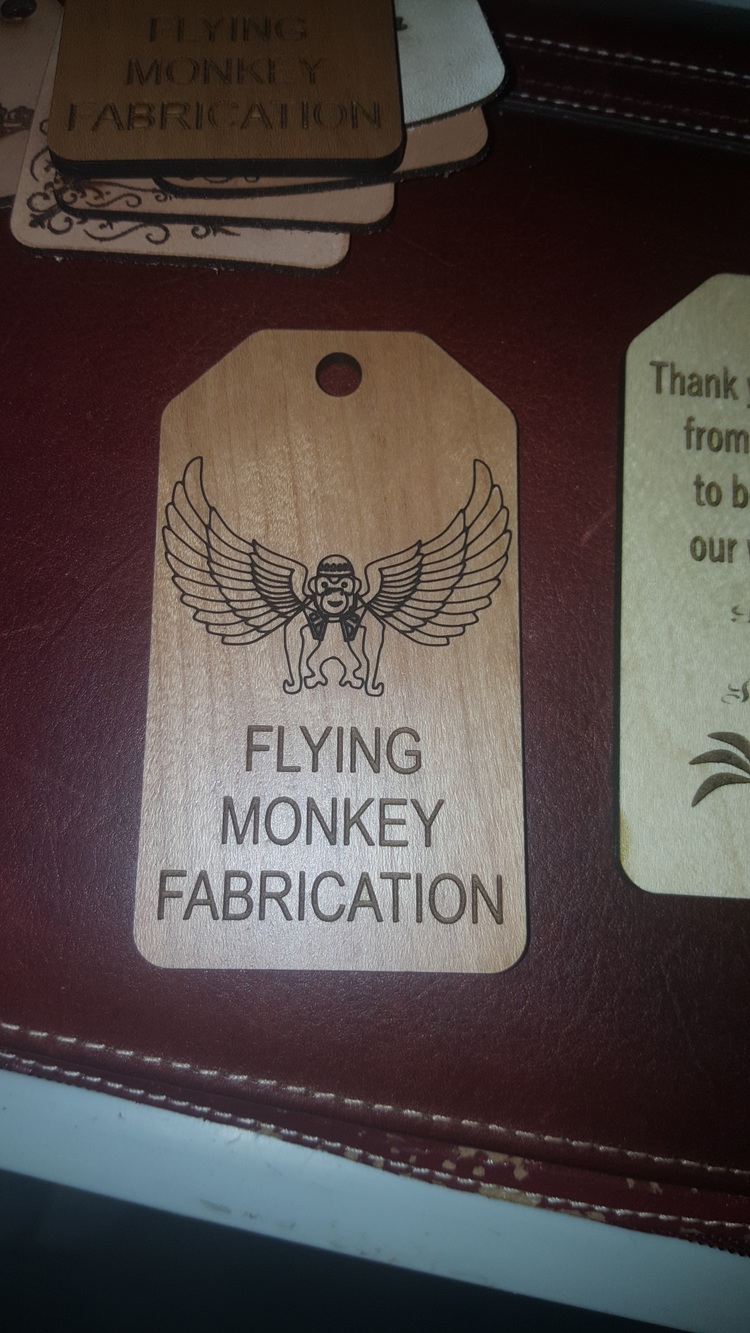 I completely agree. It just makes such fine dark lines

Looks great! I have never used a laser before but, being someone who designs mostly vector artwork, I expect to score more often than engrave but time will tell.

That turned out great! (And I like the monkey.)

To me, it is just a bonus. When an engrave looks significantly better it is time well used. After these successful experiments though I will try both where there is any question about which will work best.

Those look great! Honestly, I had forgotten completely about scoring until I made that gift tag yesterday evening. So much faster, and looks good, win win.

This is All scoring? Monkey and text? Looks so much like an engrave as to depth but precise like a score. Amazing.

Nikko is 100% scored. The lettering is engraved. Yes, turned out much better than I imagined.

For the right kinds of line images (not too much complexity or too many sharp curves) scores may also be massively faster than engraves for the same size.

Less fine but equally dark lines if you defocus it. Then the line is thicker if that’s what you want.

Just imagine the subtext in this product and the publicity.

This one will do.

Yes, massive for some things.

How did you get the score so dark and the lines seem nice and wide? Is it just the image you chose? New to forging!

Now the text is engraved, the flying monkey is simply using the proofgrade settings for scoring.

I was trying to get really dark score lines, and I read here that setting the focus to .5 would help. I think it did, but even with that, the only way I could get the look I wanted was to use full power and slow it down. As a result, it almost cut through the material. Would I be able to get better results by doing proofgrade settings (which use lower power and higher speed) and multiple passes? It’s on my list of things to test when I get my machine back. I was also thinking about trying to double up on the lines or perhaps some way to use engrave also, but I’m not sure which is better at this point.

It’s on my list of things to test when I get my machine back.

That’s the spirit! The only sure way to know a lot of these things is to experiment.

Also, how much a material will darken is partially about that material so you might have to do something other than just score or engrave to get something dark. That is a nice thing about mask materials; you can always spray them before demasking.

Yeah, masking would help (if only I could get it to stick to gingerbread

Icing 3d printer would do the trick but I know, you are wanting to do it on the

An icing 3d printer would be awesome though.