So I have been doing some messing around in Fusion 360 and loved it. But I ran into some issues with one of my designs. Any suggestions on what’s causing this error? 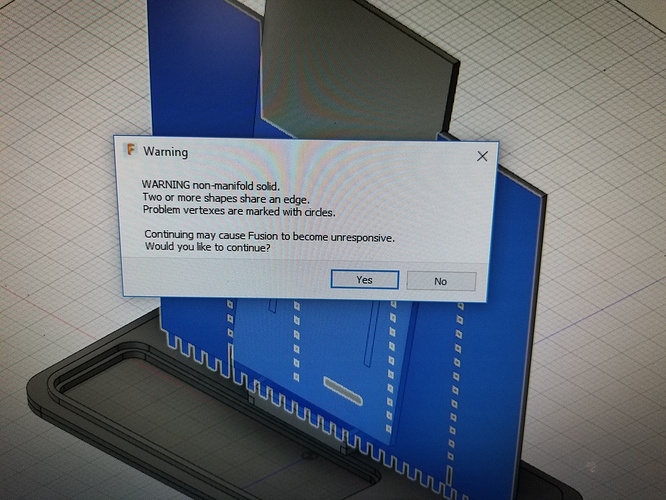 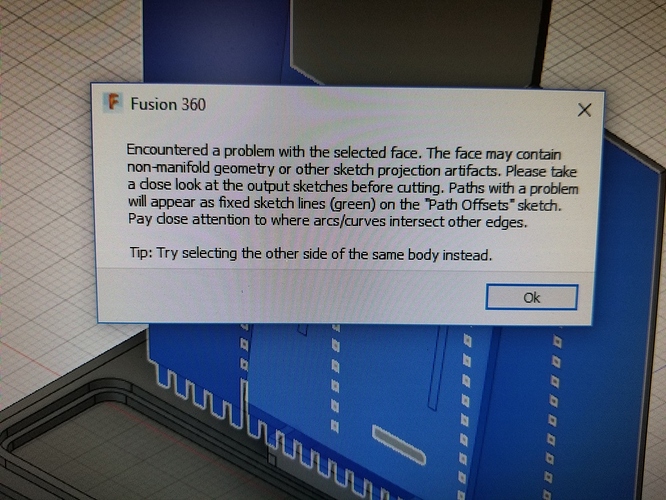 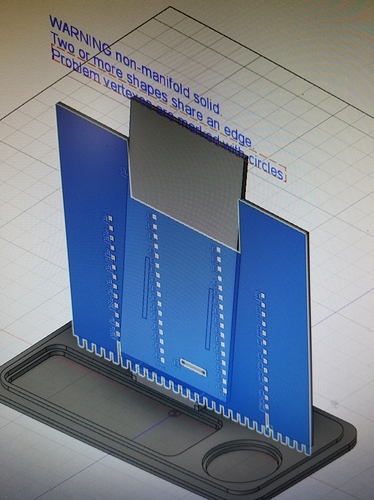 This is what happens when I hit yes

It would help to know more about how you got there but non-manifold issues whether in the main program or in a plugin always come back to something being open, not watertight. They can be hell to track down how you got there.
I find you almost never get them if you will model the way you are going to build. In other words, think like how the cuts are going to be and do the same in your model.

While I think this is a model issue, you might want to try the shaper plugin and see if it does the same.

Are the little squares extruded through properly?

I found errors like this common in Sketchup. I don’t think I’ve had this error in Fusion yet. Did you create this from sketches, or from imported geometry?

It can happen in spite of your best efforts. Typically when performing CSG on a complex set of solids.

If Fusion360 has the capability, it should identify the non-manifold edge for you. Then you can look at the model as a wire-frame (instead of shaded) and spot the extra vertice, which you would then select and delete making that edge manifold again. I’m not familiar with Fusion360. But sometimes you can’t find the stray vertices. Then you need software that’ll find them and fix them for you. I used something called NetFabb. There’s a free version that, while limited in functionality, is 100% capable of finding and fixing all the non-manifold edges in your model.