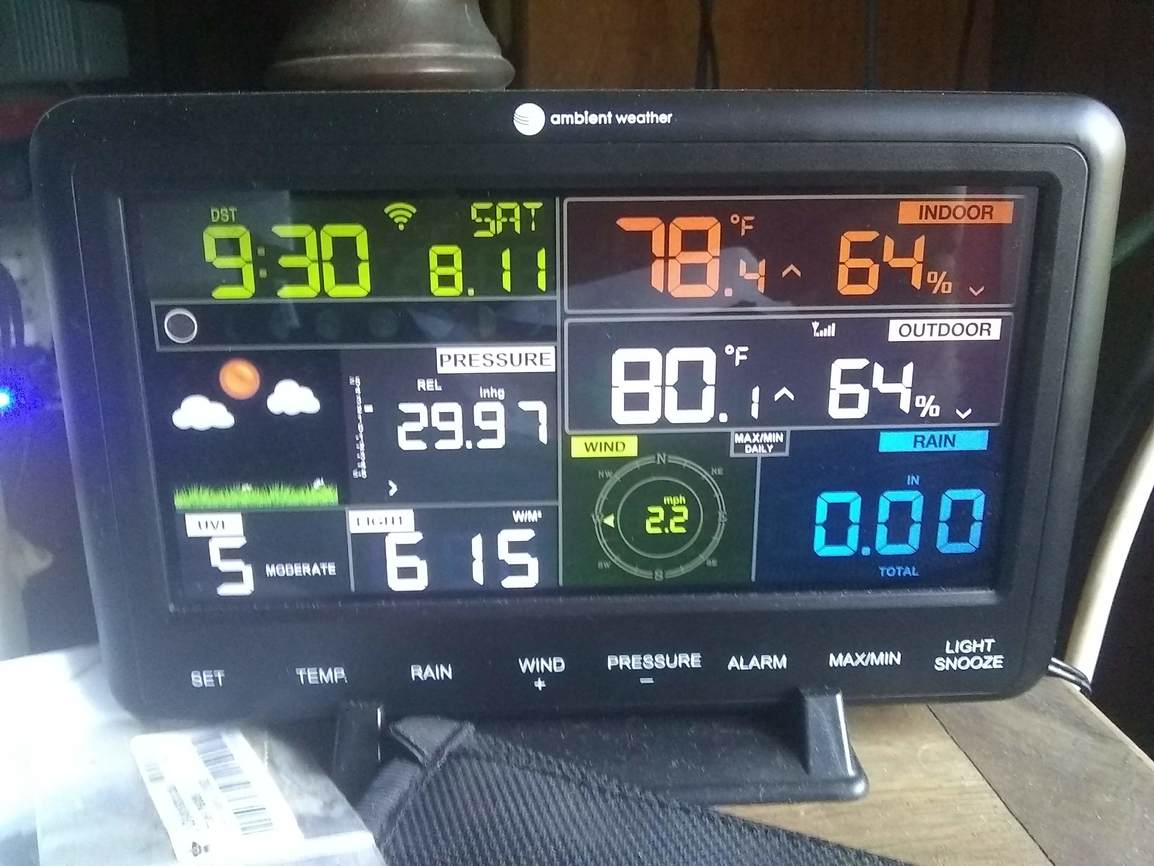 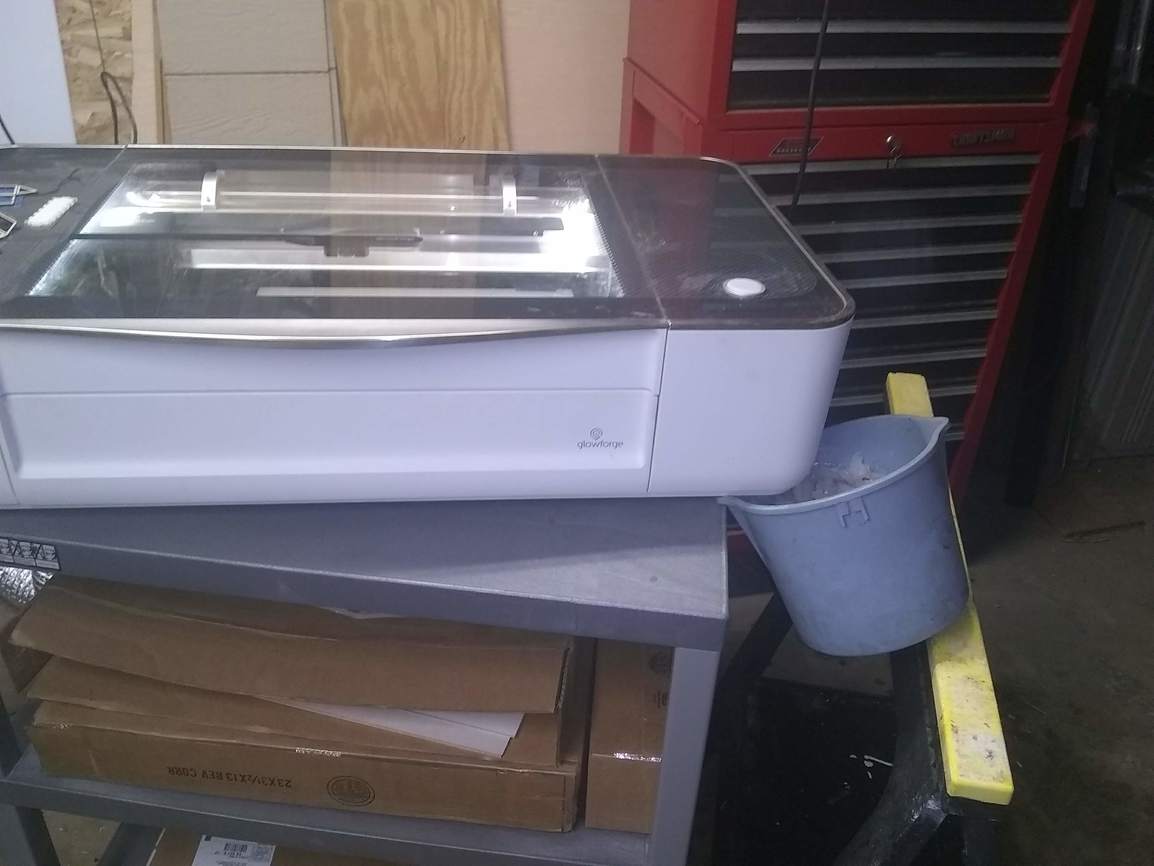 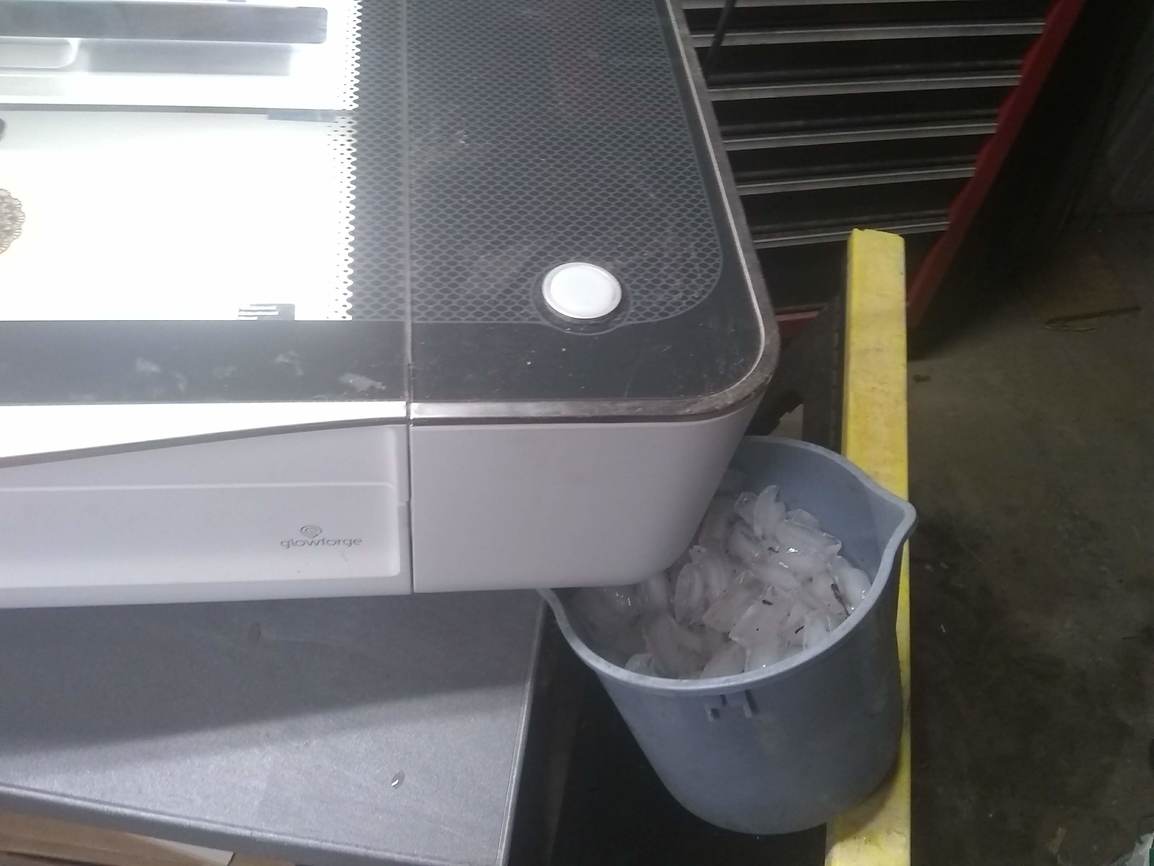 Stupid hot here in La Jolla, California, on the coast where the ocean water temperature at the nearby Scripps Institution of Oceanography Pier measures just under 80 deg-F.

Lately I can only use the Glowforge in the morning—but this morning’s cut job stopped near the end. Time for a bucket of ice near the air intake. Worked like a charm. The print restarted and finished after a couple of minutes with the ice bucket in place.

IMHO not recommended as a regular thing!!!

Clever (and easy) solution! (We had another one somewhere that directed chilled air from frozen cans of beer into the intake…this looks like a good alternative.)

That strategy has the advantage that after you’re done GlowForging, you have cold beers that will need to be consumed.

I guess this is the advantage for the Dremel/Full Spectrum clone. It’s heat exchanger is a separate unit. With a long enough tubing the unit could be placed in front of a HVAC vent in the summer and so other kind of chiller in the winter (if required.)

If you have used them to cool the. You will have luke warm beers to consume

not as appealing lol

I’ve had to do the same but use the frozen plastic covered “ice cooler packs” - less chance of water accident (other than the condensation). 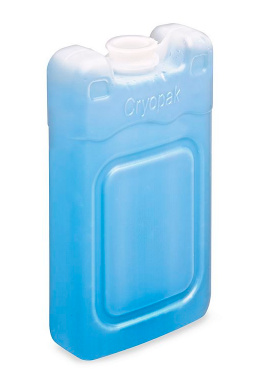 I have a few of those in the freezer. Do I just set the Glowforge’s right side down on a couple of those maybe?

if you really want to do the poor man version of that, just save soda bottles and freeze them full of water. i use them as ice cooler packs all the time. and if i know there’s a hurricane coming, i will fill up as many as will fill my freezer to freeze up before the power goes out.