Engrave on black marble - getting closer!

After a lot of photo work in PS, I have arrived at a pretty good engrave image - as long as it is glimmering in side-light. 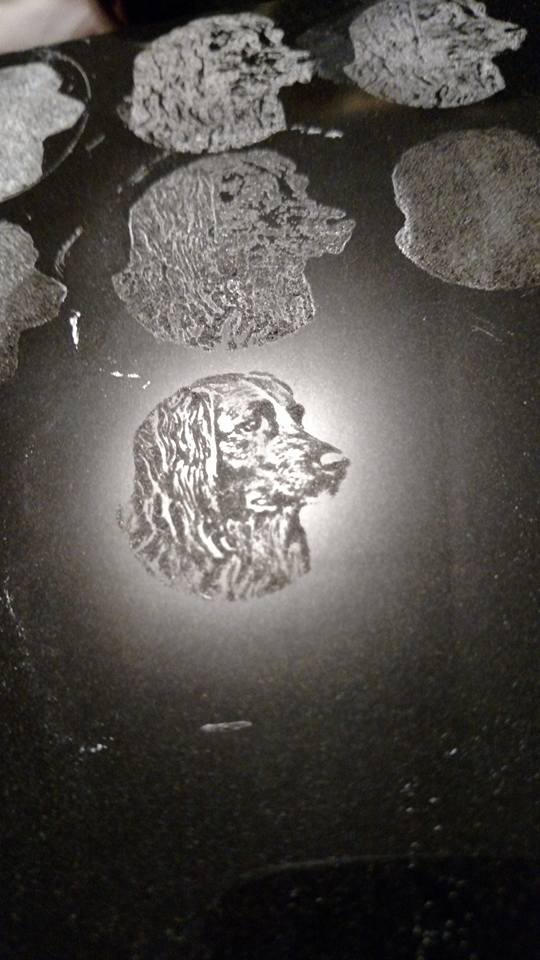 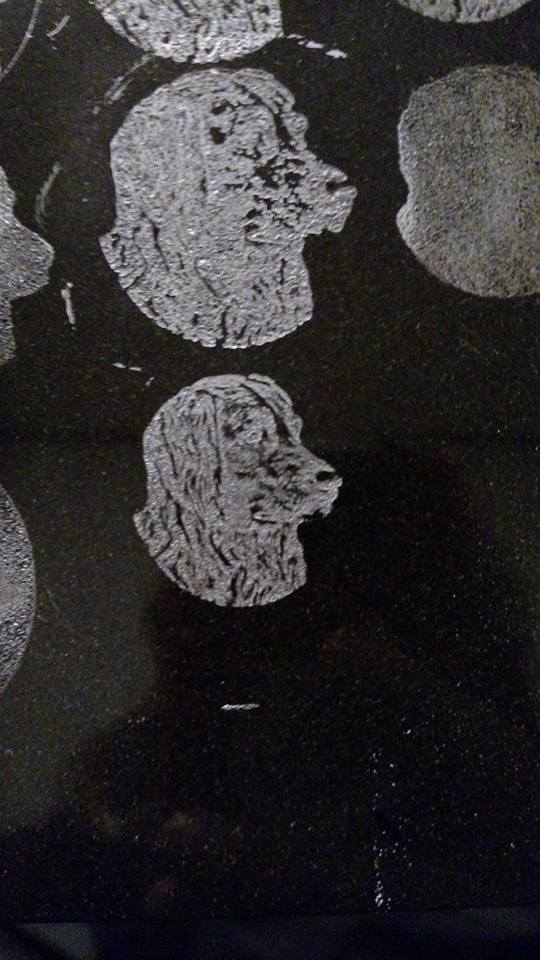 The fill I’m using for this moment is silver acrylic paint because I live in the boonies and I have to wait patiently for every new item I realize I need.

Anyway, I finally stumbled upon the “deburring” step in engraving marble, but I wonder if I’m missing something else, or if anyone else who has marble engraved can look at this and say, “Hey! I know how to resolve this problem!”

…and then ever-so-kindly tell me?

I’ll happily report the whole process start to finish once I can get a handle on this finish thing.

The side light looks amazing.

That’s what’s kind of driving me bonkers! I want to reach into the stone and give it a twist so it looks right head-on

Maybe invert the image. The side-light looks good because the white -> black, and the black -> white.

Yep, I was thinking the same. I’ve not tried marble yet (or any larger stone engraves really). Trying to think of who has - @PrintToLaser maybe? Perhaps @jason.fuller0 ?

Yeah, it occurs to me I gave up on the inverted version before I figured out the de-burring, and hadn’t tried a second inverted version (with the better engraving settings…) since then. I’ll give it a shot!

@davidgal2 recently posted an amazing dog engraving on acrylic. I wonder if some of his process would transfer to marble?

Beautiful job on the engrave of the pup…that’s going to be a lovely marker once you finish it.

Yeah, every time we try a new material there is that hunt to dial in the settings. Inverting the file would be my next try.
That lit version looks great, and I think it shows the potential.

I did try the other version of this file again, then remembered why I’d scrapped it (I’ve always had black dogs, but man they’re hard to photograph - and apparently etch!). So, this is actually the inverse I’m working with here.

I really did need that night of sleep before working again

Next I dialed down the power, and that is leading to a dog-shaped dog! Still working on it…

I really have no idea, but in some materials less can be more. So less detail in the image???

That’s where my mind went also.

There have been a few attempts where the results just didn’t match the inspiration, but the struggle had educational value, but just about as often the test turns out even better than I hoped.
After getting frustrated because nothing seems to look how you want, sometimes after exhaustive tests the final attempt before giving up nails it!