Helo my naem iz Gordon. This iz my bawks. 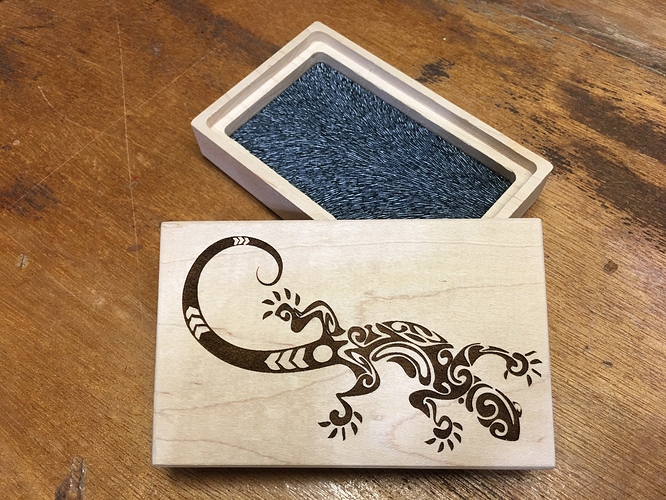 I had a request from a buddy who has a CNC to engrave his latest box, so I did.

A few notes:
The box is about 3x4.5" and about 1.5" tall. I am going by memory, I already gave it back to him.
The Gecko (Hi, Gordon!) is art that my buddy purchased online, I believe from Deviant Art.
The liner is cut from Javelina leather.

The engraving source SVG is strange. It always engraves at the wrong scale. I’ve tried cutting and pasting the paths into a new document, there is something deeply embedded in the svg that is overriding the 96 dpi setting. I can work with it, but it’s annoying – not annoying enough that I really dug into it, but annoying nonetheless. Consider it a cautionary tale about purchased SVGS, caveat emptor.

The box design has one really nice trick up its sleeve, a band of walnut in the lid. (You can see it in the upper right of this next pic) This is one of those cases of happy accidents, apparently when he cut the box, he messed up the lid design, and cut the lip too deep. No problem, he routed up a collar of walnut and slipped it over. The end result is a pleasingly layered box. Nice solution! 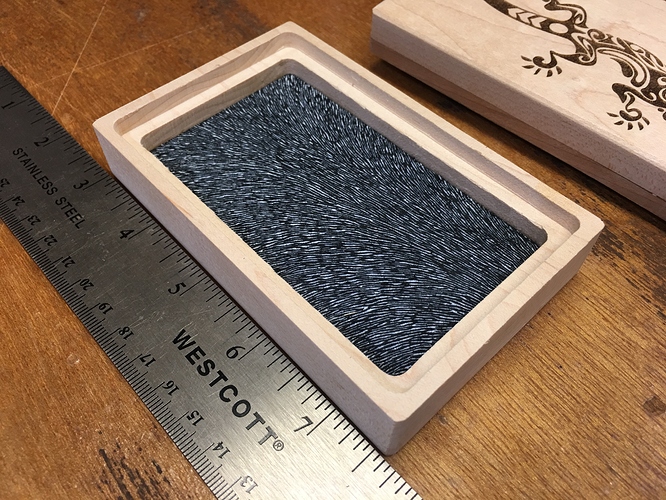 The real rock star here is the Javelina leather. It’s one of those materials that is just surprising when you see it, everyone wants to touch it and figure it out. It’s available at Tandy and is (as of now) on sale for about half off. It cuts really nicely, I didn’t mask and had almost no char or smoke residue to clean up (wiped down with a damp paper towel, took seconds). The surface texture is interesting both to the eye and to the touch. It’s a bold look and won’t work for every project, but when you want to add something a little unexpected, here it is. 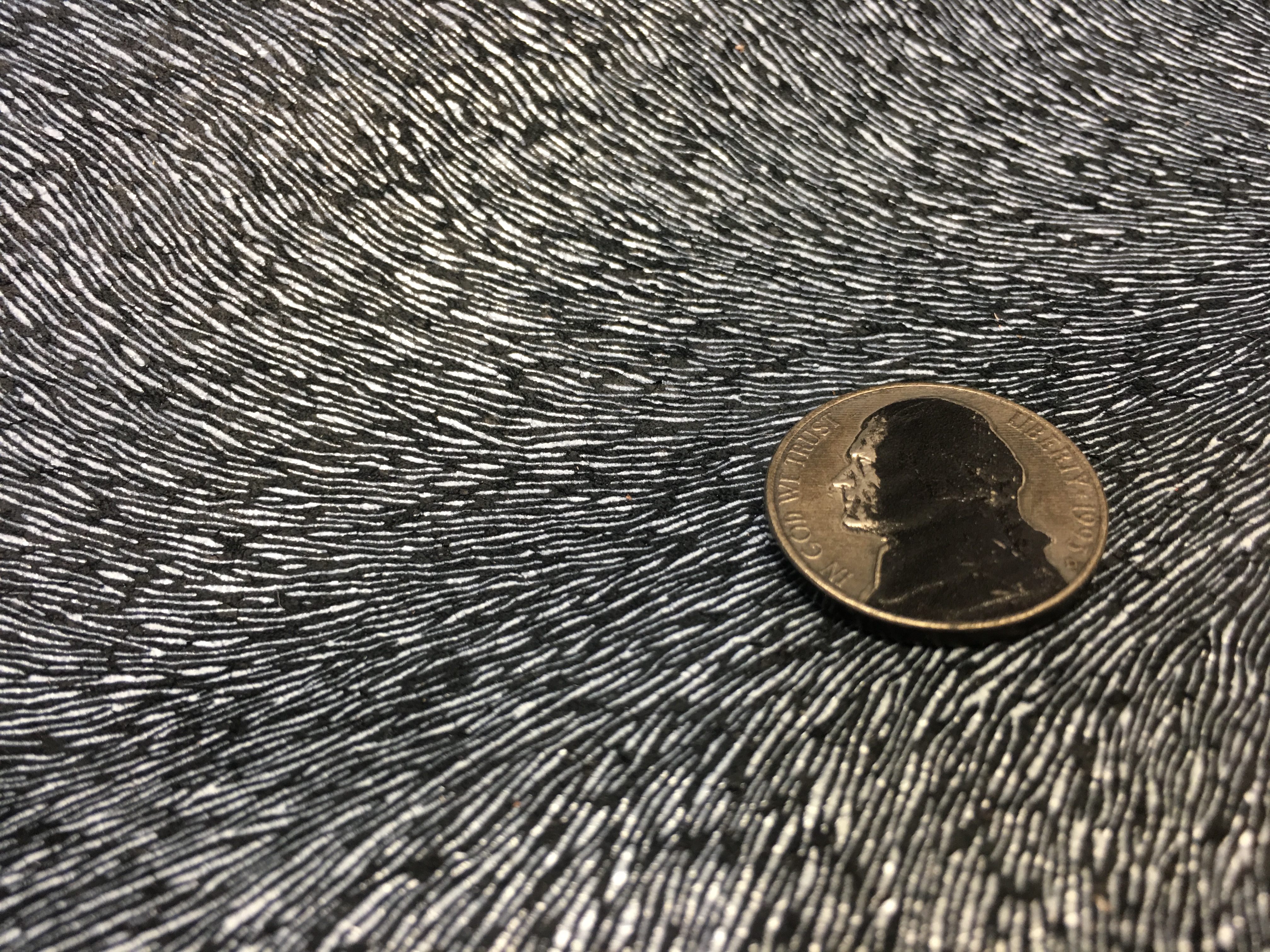 Anyway I don’t have a lot of technical notes here, this is a pretty straightforward project. Mostly I was just looking for an excuse to highlight the Javelina

That is very cool… I think. It might be triggering my trypophobia. But I suspect it’s very nifty in person, unmagnified. At first I thought maybe it had been flocked. I have a flocking kit at home that I’m holding off on using until the weather gets nice enough to do it outside.

The tandy page is light on details about how exactly they do it, but it’s pretty cool.

The back is sueded, it seems like a split. It’s pretty cool stuff.

Love the box. Javelinas not so much.

That javelina is very interesting stuff!

Wow … would be so cool to have a CNC! Love the box … LOVE Gordon, and interesting to see the Javelina.