Engraved wooden keycaps for my keyboard

I bought my first mechanical keyboard last month and I really like it. Somehow, I became enthralled with the idea of wooden keycaps. I’d like to eventually make my own, but I think I might need a CNC or some other equipment to do that, so in the mean time I found some walnut keycaps for sale.

I ended up getting J, K, 5, and the arrow keys. This would let me find the home row and the middle of the number row much faster.

I installed them and they looked very pretty, but the finish was wayyy smoother than I expected it to be, and they didn’t actually feel much different to my fingertips than my plastic ones. So how could I possibly do something to these WOODEN keycaps to make them easier to feel? 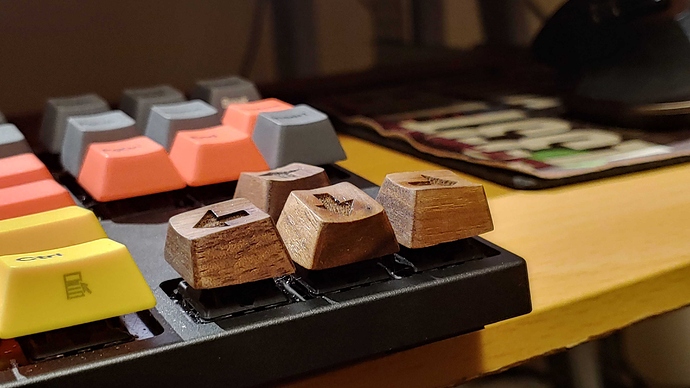 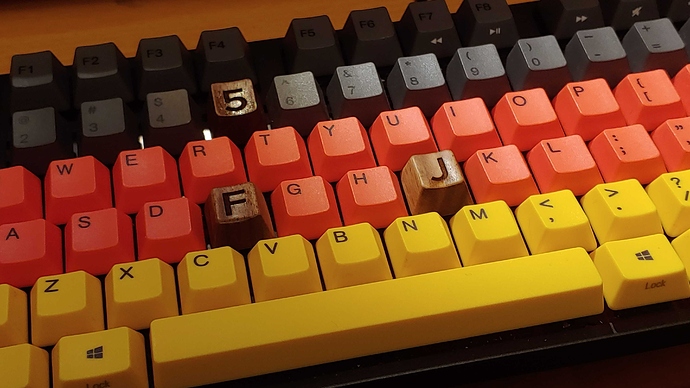 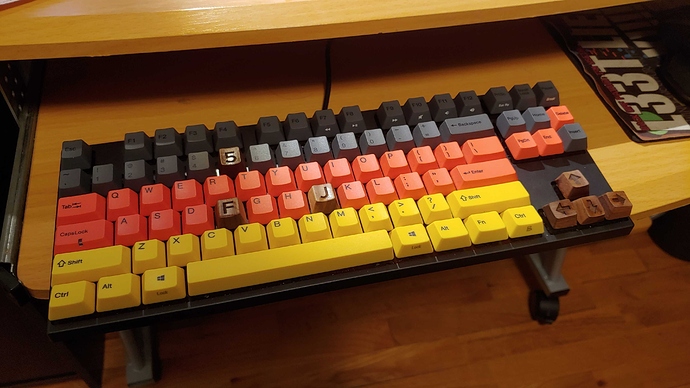 My jig had a little too much horizontal space on the first arrow key I did, so it’s a little off-center. I also used an arrow shape with some flourish that I thought would look cool and instead looks sloppy.

I fixed those two issues for the rest of the arrow keys… but then screwed up the orientation. BUT I screwed it up an a consistent and interesting way, so I now the arrow keys have a neat rocker-motion to them.

5, F and J came out looking pretty nice though.