That etch looks perfect, what were your settings?

All my settings are written down at my shop. I’ll look when I’m back on Monday.

I bet some dye/paints/stain dropped in the “engraved” part would make reading a bit easier.

I posted some examples of this earlier this summer. (Dispatches from the front series in Made on a Glowforge)

Paint/dye/ink when engraved on the surface accentuates the depth of the underlying glass - you see the engrave and a shadow under it.

I really liked the effect of lasering from the back of the tile - the white paint/enamel that’s on it turns a solid dark black rather than ablating off. Then it’s viewable from the front but no spurious shadows.

Hadn’t thought of doing it from the back. The tiles I got were what I assume to be intended for a backsplash. They had a paper backing covering a press on sticky material. I may see if that’s all easily removed with some solvent/goof off and try.

Wouldn’t these jars be too tall to pass under the laser?

I’m gonna go with “obviously not since they did it.”

Hadn’t thought of doing it from the back. The tiles I got were what I assume to be intended for a backsplash. They had a paper backing covering a press on sticky material.

I got some glass tiles from Home Depot. They had a white painted backing. I thought the paint would ablate off and I’d be etching the glass. Turned out the paint fused into a nice dark black.

Different tiles maybe? Mine were about 3/8-1/2" clear glass, rounded edges, white back. They were pretty cheap - under $1 each IIRC. Got some long narrow (6x2) and some square ones.

Or a black backing material might make it pop…

I am also wondering about doing lettering on glass plates. Not sure how to find settings etc. I was told to put masking tape over the glass also. And any idea how small the lettering can be?

Home Depot? I only heard of ones that worked that way from Lowes. Do you have the HD sku? We don’t have a Lowes and had a friend pack some in their luggage and they are heavy. We do have one HD here so that would be better. Thanks!

Sticker from the back. 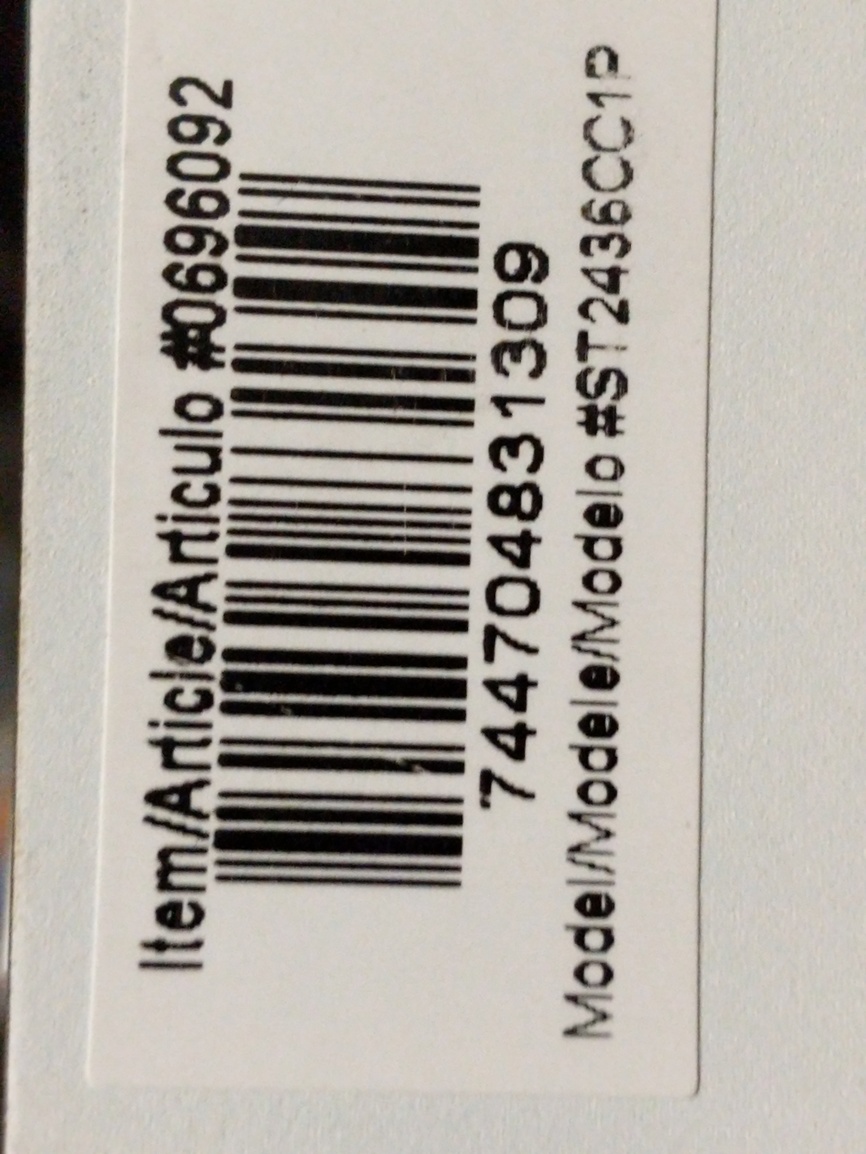 Thanks! Will see if they carry it here

I use Johnsons products and they are amazing. Especially the tape. It makes weeding easier.

I hate to necro a thread but this one seems more appropriate than starting a new one for a small question. Since lasering on glass causes micro fractures, and I’ve been told you can feel them, does that mean particles of glass are shooting or falling off? Should there be something under the glass to catch said particles so they don’t sit in the forge after prints?

Yes, you can brush them off. Don’t think they’ll hurt anything unless you are putting food in the laser. They will likely just fall down to the bottom of the tray or the floor, so sweeping up after is probably not a bad idea.

Ok thanks. I worry about airborne particles, there’s no chance it becomes airborne, even based on how small they are, since they are too dense?

Well, they’re about like salt grains, and while they can be brushed off, they tend to stay attached if you’re not rubbing on it.

I’m not the biggest fan of using the laser to fracture the glass, not because I’m afraid of air-born particles, but because they can fall off onto the counter or possibly into food. (Besides I prefer the acid etch or sand blasted look…it’s more uniform.)

Anything that comes off during the lasering is probably going to get blown out of the exhaust, so you’re probably safe enough. 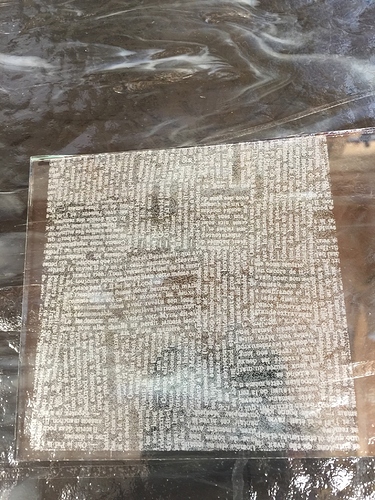 That looks great! Can I ask what settings you used? Also, what do you mean by “drop dye/paint/stain” for better results?

Hi Dana… I did have to experiment a bit as I hadn’t done it before, so I did use lower power and repeated passes… rather then go to high and fast and crack the glass. A slurry of soap helps dissipate the heat too. I hadn’t masked it, but think if I had I could have (possibly) gotten glass paint such as Peboe glass paints into the engrave. Still experimenting, but as I have plenty of float glass for students to practice glass cuttings… will see how it goes. Will post when I do some more experiments!