Well I kinda put the bullet and went for it. I got my GF yesterday and decided after 2 years of waiting to engrave my laptop it was long enough. Guessed at the settings and by a miracle it turned out perfect 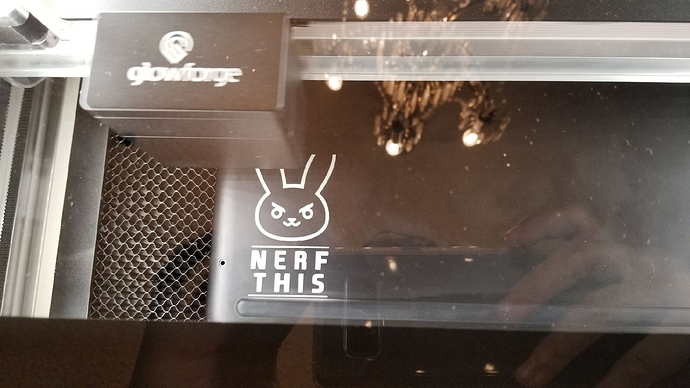 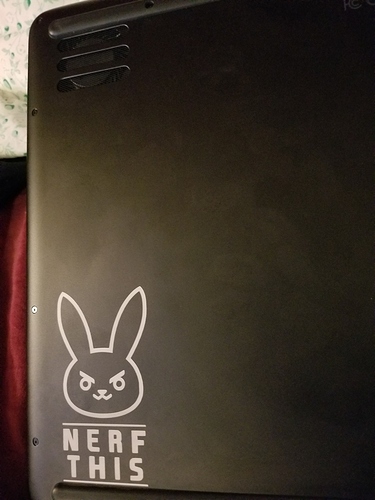 This was just on the bottom. Next I am going for the top lid and maybe the wrist rest.

Gutsy! I like it! Definitely want to engrave and not cut!

For sure. Given its anodized aluminum so I don’t think a cut would make it that far in.

Given its anodized aluminum so I don’t think a cut would make it that far in.

I do iphones and ipads all the time and I have a post up of my laptop engrave.

That’s what I was thinking from all the reading I did. Had a question for you. What power do you use and can you get on to the curve edges without loosing too much detail?

Full power and highest speed that I dialed down (speed) and repeated a couple of times. Here’s a link to my laptop post:

When Glowforge first started its marketing efforts one of the demonstrations that seemed to really attract attention was engraving an iPad or iPhone. (Technically speaking the laser “marks” these devices as it has insufficient power to actually remove anything but the anodization.) Part of the fascination is no doubt due to the conflicting desire for the ultimate personalization of a very personal device and the “OMG it’s a thousand dollar piece of electronic hardware!”. Intellectually it’s ea…

What you can’t see is that the cover has a gentle curve that starts about 3/4" in from the edge and drops about 3/8" to where it goes vertical. There is no distinguishable difference in the engrave between the flat portion and the curved portion.

As someone who mains D.Va and Symmetra, I love this logo! Thanks for sharing

Awesome! Glad to see it worked. I was looking around to see about the settings. My laptop on the top has 2 design ridges that drop about 1/16" so if the design went over that it wouldn’t get fuzzy or artifact. 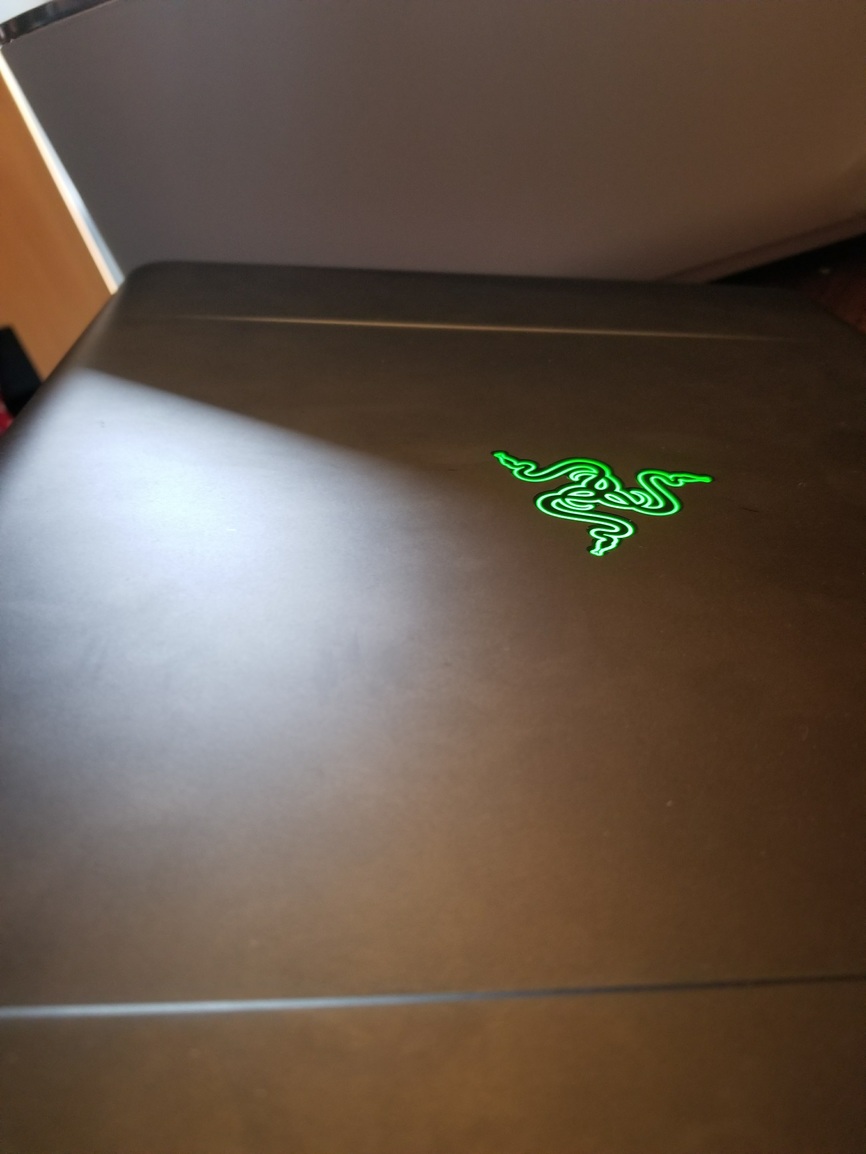 Very brave, and worth the risk! It turned out great!

The important thing being, it’s all anodized aluminum.

I engraved a macbook once, with a contiguous design that surrounded the apple logo. This was pre-Glowforge, so I more or less had to eyeball the placement and hope for the best. That was terrifying.

(you have to figure, engrave settings for aluminum are cut settings for soft plastic. and beneath that, who knows what damage we could do to the monitor!)

We poked a hole in the design to avoid the soft plastic bit. If I were trying this with the Glowforge now, I could take bigger risks. Eliminate the gap. Maybe engrave over the logo itself at a lighter setting…

Also, I did have to treat the curved edges as a hard margin, on that Epilog machine. So, that’s another change if I were using the Glowforge for this today.

This looks amazing! Well done.
“No ones beating my high scores!”

What settings did you use? 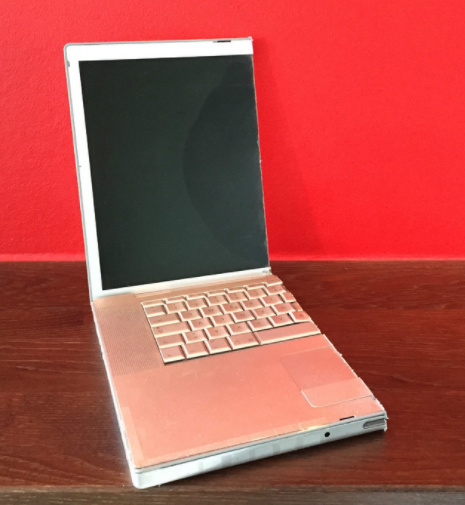 Amazing what they will be to a Macbook “We carve out the MacBook’s original logo and
replace it with your own, backlit design.”

This may be the gutsiest first project I’ve seen. The outcome is awesome!

Awesome design with great results… now, how exactly are you planning on tackling the wrist rest project?

If you want to get in close to the apple logo; I was thinking about cutting out a 1/4" thick apple logo and just putting it on top of the real apple logo before you fire up the laser; then if you’re off a little bit, you end up with a very defocussed beam making a bit of a mess on some scrap wood.

Definitely considered that. If there had been more time, or if I were going to make a lot of these, it would have been worth CNC’ing one out of aluminum.