Just a proof of concept, but I wanted to be able to etch some metal for a project I have coming up so here is my test and the result.

Coated the blade with clear coat spray paint. heated it to dry it and then loaded it into the machine to remove the paint to create my resist.

I taped off the area and hooked up power. passing the electrode over the areas I wanted to remove. 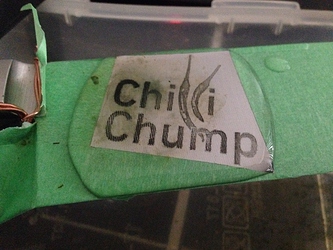 After a few passes washing it gently in between, I cleaned off the paint and gave it a quick polish.
This is the result. 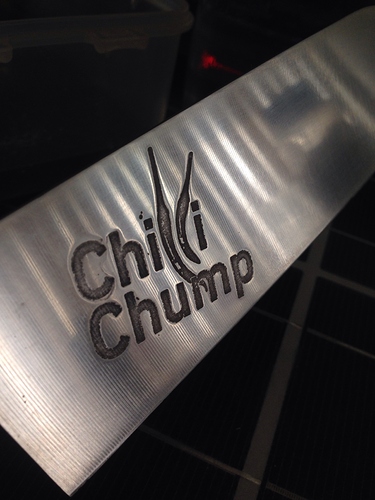 The process is so quick, and with the laser you could create some pretty intricate designs in very little time. Maybe in the future when I learn some more about electroplating I will be able to etch the steel away and deposit some copper in its place? Make like a imitation composite damascus with bands of copper and the native steel.

Mistakes were made the first time where the original file was from when I first started cutting on the laser and makes me cringe to look back at it low, so a better starting image would be better. 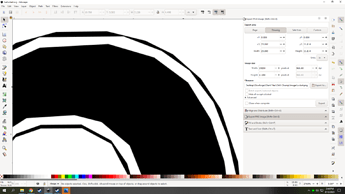 image1920×1080 363 KB
Better control over power applied and a better applicator. I was just passing the bare wire over the blade in solution. People who do it better use something that looks like cloth that holds the solution. They also have power supplies that can switch from dc to ac output. 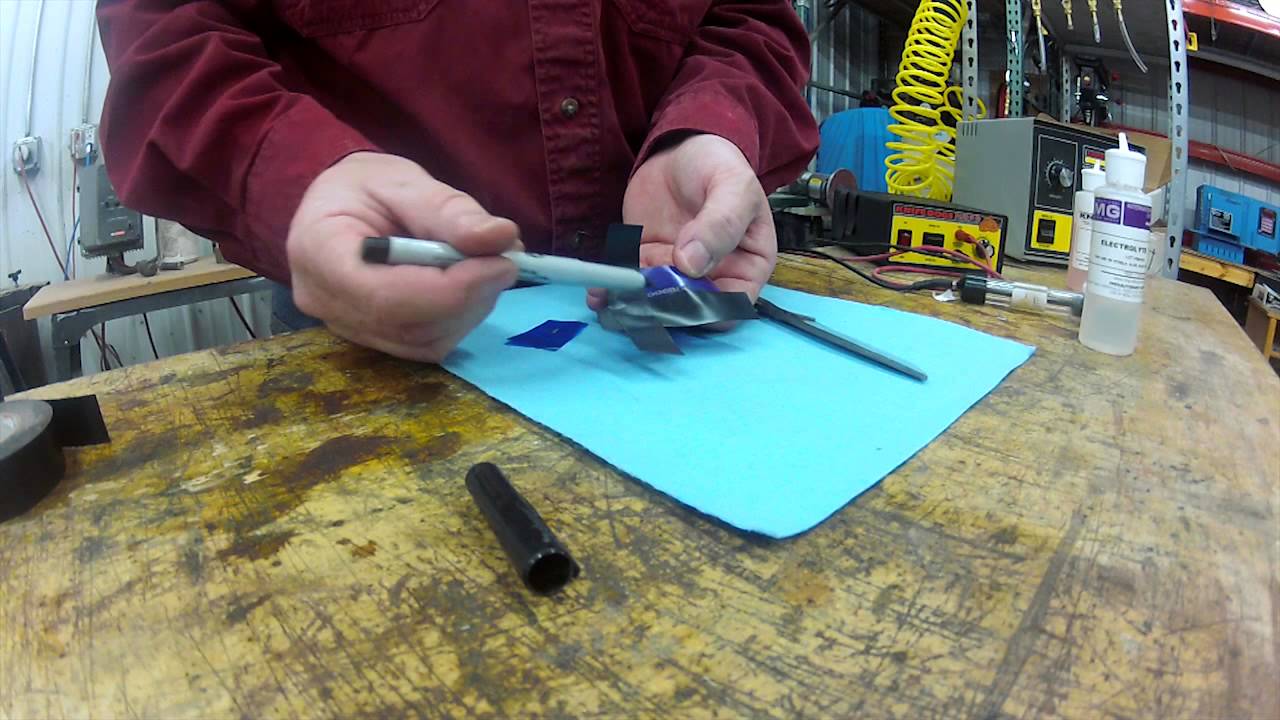 Which are a bit better than my old universal power supply plug from the 80s that I cannibalized for the project lol.

Was great fun. You need proper ppe and a proper understanding of electricity and safety to attempt this imo.

I have a gold plating system that I used to do car emblems with when it was all the rage, I had forgotten I even have it. If I remember right, when I reversed polarity and used an acid to strip the chrome away, if I wasn’t careful it would etch the metal. Gonna have to dig that thing out now.

I’m willing to bet it would do the job better than my setup lol. Looking forward to seeing your attempt if you try.

I’m definitely putting it on the ever growing list.

when I learn some more about electroplating

I had this unit at one time but it got stolen.http://goldeffects.com/deluxe.html

The one I have now is not as nice, but still does the job.

Great instructional video, thanks! New process to me, very fast! What acid is the mordant?

Video is not mine just one I found

and don’t know enough to answer your question about the acid at this point sry. When I did this I used no acid just a saturated salt solution.

This model was designed specifically for plating car emblems but the technology itself was developed for NASA originally. When I bought mine I purchased extra gold, silver, copper and nickel solutions… paid nearly $10k for it all and made my money back in about 3 months.

This is how I do it:
I drilled a 3/8 inch hole through a wooden dowel and pushed a 3/8 bolt into it. Then I wrapped the bolt head with cloth. Using a double strand of electrical wire with alligator clips attached to all 4 ends I connect one end to the bolt and the other to the batteries negative terminal. The pic shows the red clip which would usually indicate positive so I should have used the black clip on the bolt for that picture. The other ends are connected to the positive terminal and the work piece. I then hook up my battery charger to the battery. When it’s all hooked up and turned on I dip the cloth end into salty water and rub it slowly over my stencil on the metal. Each pass removes a small amount of metal so you can go as deep as you like. 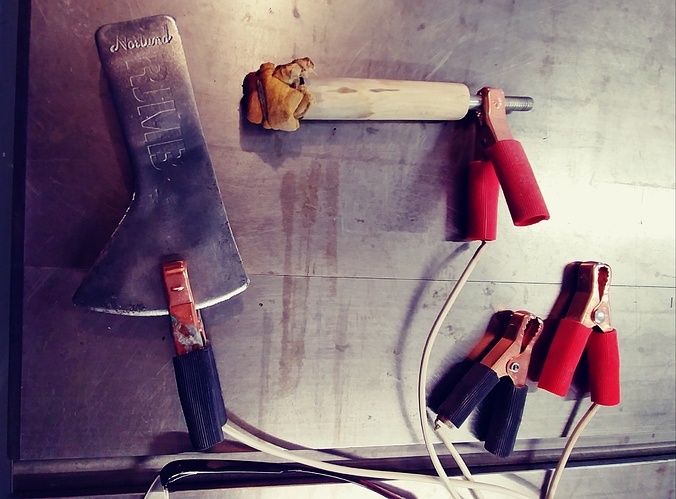 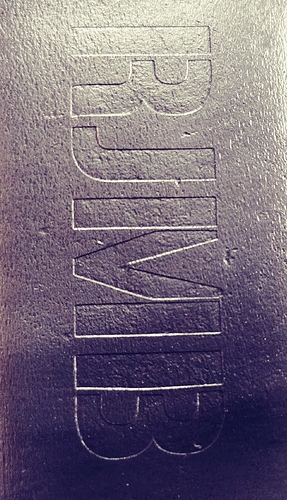 Do you need to use a special material on the end that holds the solution?

Nope. Just something that will hold a little of the salty water. I just used a piece of cotton rag.

I think that would make things quite a bit easier, passing the bare electrode over it made it pretty hard to get an even result and I ended up chipping my resist towards the end of my playing creating an unintentional divot or two hehe. but thats why I’m pulling out my junk knives from the drawer as unwilling test subjects. Also finding out that getting old knives isn’t as easy as I thought it would be lol, for some reason stores don’t like to just leave a bucket of knives laying around.

Goodwill keeps them at the counter along with smaller, more valuable items.

I have even used cotton balls wrapped in gauze in a pinch.