Etching on Rock " Beware the SQUISH"

I have collected a lot of lapidary material including many 10’s of lb’s of cut slabs. I have a small fresh water aquarium that I set some of the slabs in rather than full stones as there is limited room in the aquarium. I thought it would be fun to make some etched rock signs to add to the tank. I first created some text in illustrator converted it to outline, saved it as an .svg, I uploaded the file to the GF app and took a wild guess about the settings for the Glowforge. The text came out rather well for the first try. 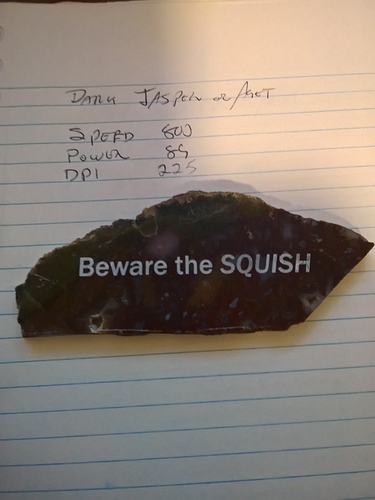 I then wanted to see what a photo would do I had the following photo of my fish. (named Squish) 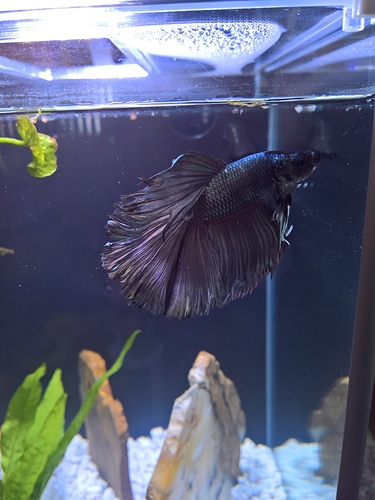 I took the imageinto Photoshop cleaned it up uploaded as a jpg
chose to etch it with the settings, speed 790,full power, gray scale, vary power, min pwr 0, 450 lpi 1 pass. The resulting image is more of a silhouette, the larger image on the right side of the back of the stone. 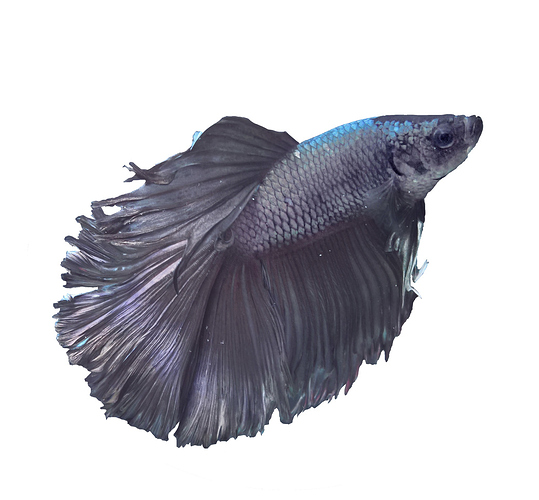 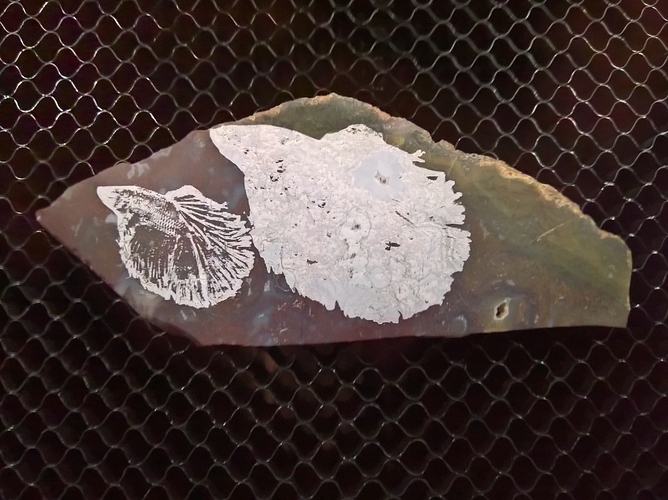 Not exactly what I wanted. To much information in the photo and way too fine of a resolution when etching the stone, the stone chips blend together to form the silhouette.
I went back to Photoshop added a high pass filter and an HDR filter to cut down the information from the photo trying to get some white space, the result is the following image 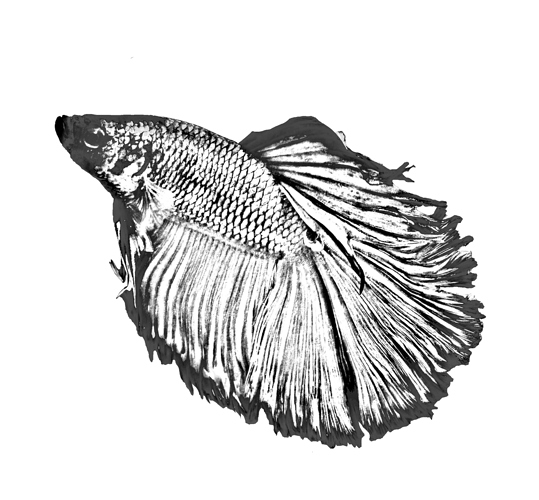 I changed some of the settings on the GF
speed 905, 90% power, gray scale -vary power, min power 0, 255 LPI.
This gave the smaller image shown above and below. 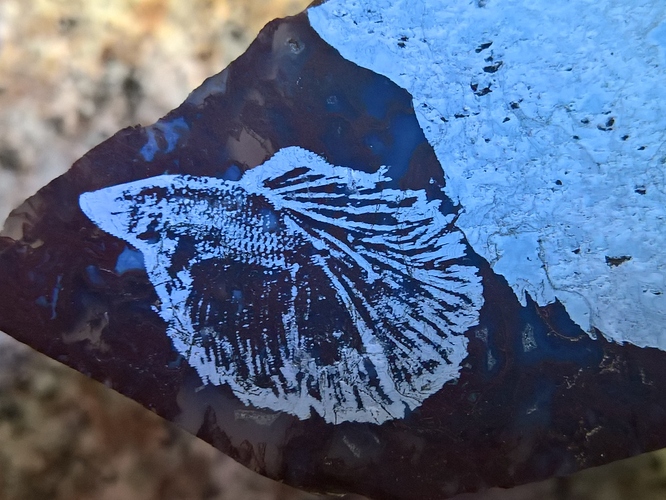 some images by the tank. Squish is hiding in the background. 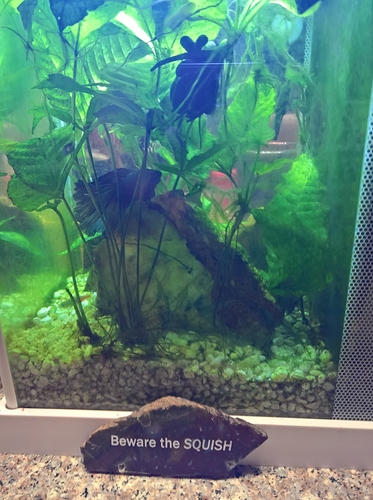 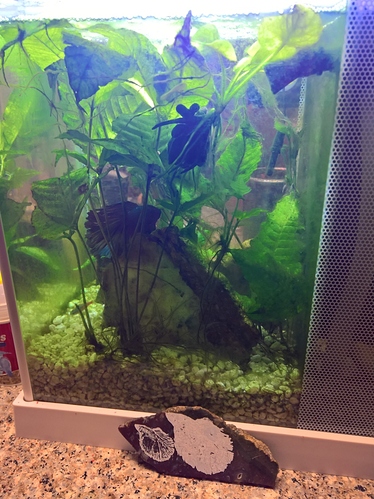 The stone appears to be cut with a fine diamond lapidary saw but not polished, it has a dull smooth finish on the sides. There is one raw edge and two cut edges measures about 2 in by 4 inches and .222 in thick. The sides are not perfectly flat and have some pits ect. The pits are visible in the final Q, and H of squish in the text. A second or 3rd pass would probably give the etch enough depth to clear these flaws.

The etchings are not very deep but they retain visible even under water.

Its a good start for etching stone. Feel free to use any of the images in your own projects just be sure give credit. ( not for commercial work ).

One final image taken during the small image etch. The dust on the forge is from cutting some acrylic for xmas ornaments. 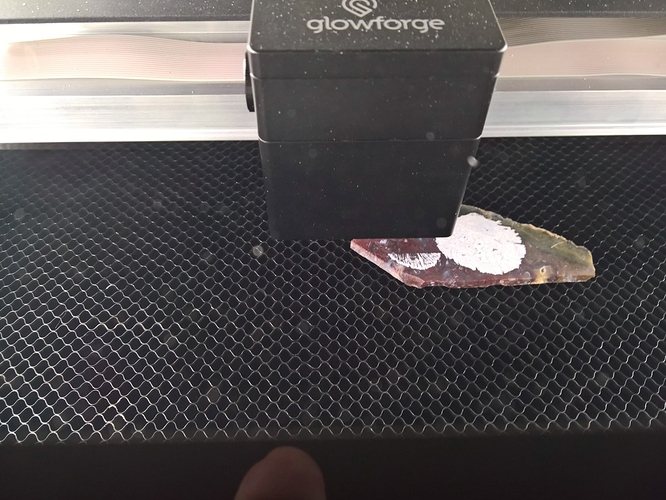 You did a great job on these. Say hi to Squish for me!

Nice work there. I am wondering if using the Convert to dots engraving method may work better for this?

[Also, moving to #beyond-the-manual since settings are discussed.]

Save a step - save the file as a PDF and you don’t have convert to outlines. Engraves like a champ.

That has been our experience.

Stone etching tends to be very binary, producing only one color, regardless of the depth. Halftones or dithering are definitely more appropriate than variable power for grayscale etching in stone.

Very cool - the dither would be neat to explore and may yield better results, as mentioned. But, it’s really great as is. The second result has an amazing imprint fossil appearance.