I needed a thin wrench in a size I didn’t have with me. As it only needed to be secure, not torqued down, I was able to get away with making a quick acrylic version… in less time than it would have taken me to get home or to the hardware store! 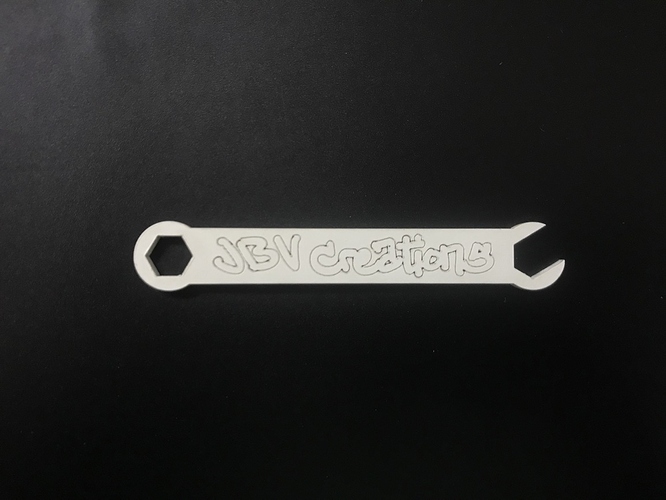 Nice! Just curious, did you adjust for the kerf when you made this?

Could fast fix things like that with a 3D printer as well.
But the Forge burns it out in a minute versus 3D print wait times.

As a kid back in the 70’s I made an aluminum hammer, yes aluminum it was good for putting on hub caps and that was about it. Awesome job with the wrench! at least it has real value unlike my hammer

I have used rubber and leather hammers a lot. Hit hard with a steel hammer could work harden the surface but if you wanted to hit iron stuff and not leave a hammer mark or cause mushrooming on something like a punch it sounds like a good tool to use.

yeah it worked but was so malleable that the head shape shifted. It was like a semi liquified superfluous thing that would conform to whatever shape it was introduced to. It worked but was hilarious to use.

It was like a semi liquified superfluous thing that would conform to whatever shape it was introduced to.

Introducing it to between a steel hammer and an anvil would have work hardened it some, but the idea is that it would be the thing to give instead of what you were hitting with it. I brought in a trailer to get a new tire and by their excessive enthusiasm with a steel hammer, I needed a whole new axle. With time critical work needing to be done I could not argue but just never went to that business again.

Having done a lot of wood carving my leather hammer has heavily mushroomed but my chisels and knives have not.