My wife has a staff Christmas party this weekend so she asked me to make some flat-pack Christmas trees like the reindeer sets I made to kick off the holiday season at Thanksgiving.

Coincidentally Vectric & ShopBot released a tree design for CNC. It’s a 3 piece tree which makes getting the slot width a little tricky since they have to be wide enough for 2 pieces to slot into a third one on angles - without cutting any angles. They included instructions on how to calculate this using the cosine (ShopBot) or sine (Vectric) of an angle multiplied by the material thickness. It didn’t work though so I just made a few trees to get it right.

Here’s what one looks like (& a stack in back). It’s one I mangled a bit because I was just testing the paint look and I used a sample that hadn’t cut all the way through due to issues with my settings. But it’ll give you the idea. 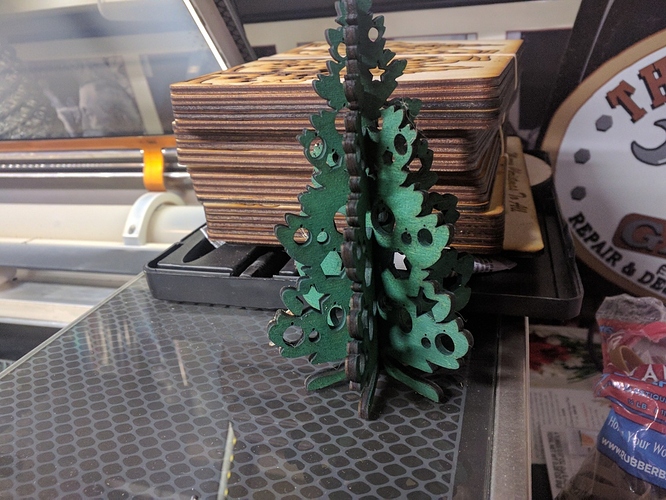 I scaled it down to laser size (folks make the originals sized all the way up to lawn decoration size). I wanted 5 or 6 inch tall trees.

The wife requested unmasked Baltic Birch because she liked the smoke stained look giving it a rustic tree motif. I wanted something like PG Maple or Cherry or even painted BB. It’s her party so unmasked unpainted BB it is. (I snuck a couple of them in that I painted green first & then cut.)

Anyhooo, 3 dozen trees later and I’m just glad it was the PRU. Each tree panel has a dozen or so ornament cut outs. On a 5 inch tall panel that makes for some small circles and stars and such.

When cut out they have to be vacuumed up from the tray. But some of them are so small they drop in the honeycomb to be lost to the depths.

Here’s what one of the final 2 packs looks like on the bed. 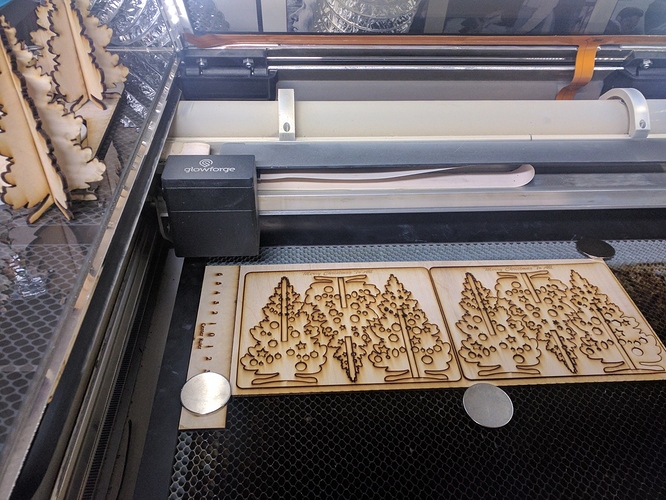 And what the flat-pack left on the bed: 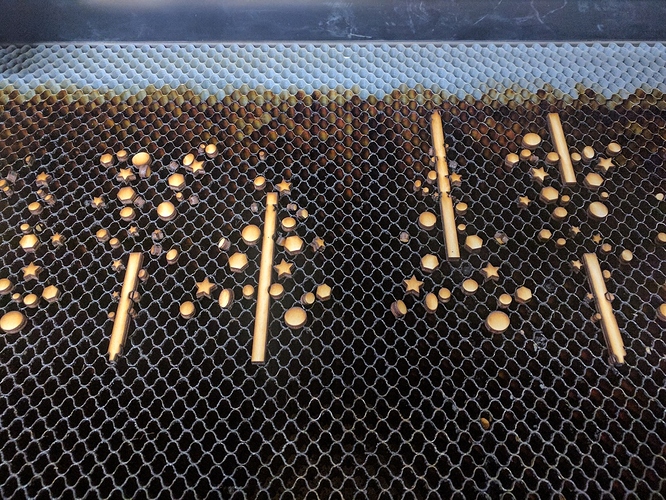 Someone back in Seattle is going to get that crumb tray back. (It’s a rare silver version I’ve managed to turn into a replicant of the new black color

). I’m not sure how many teeny tiny ornaments are hiding in it. I’ve vacuumed but they’re still in there.

I should send chocolates too I expect - if I knew someone was going to open it up after it arrives vs sending it off unopened to a wrecking yard.

love the trees. Between your trees and the temperature drop here, it’s beginning to look a ittle like Christmas

Yup! I spent a lot of time picking little bits out of my crumb tray that got stuck over the bars inside. (Fortunately most fell through.)

Love the three-way tree design too!

This is precisely why I keep a vacuum cleaner right next to the GF. Makes super short work of tiny bits, even pulls them out of the closed cells.

If something is super stubborn, that’s when I bust out a dental pick…

Not sure what they told you for how to figure out slot widths, but this is the law of sines in action. 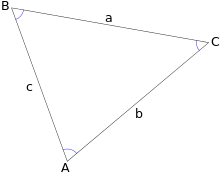 To make it easier, it’s 1.732 x your material thickness and then do kerf adjustment to suit your “how tight does this need to be” needs.

For kicks, I built a spreadsheet and calculated for number of sides of a polygon to get the correct gap width, here you guys go… pardon the formatting, discourse doesn’t love tabular data:

So, let’s say you wanted to make a 12-sided “ring” of pieces that need to slot into each other, they’d hit at 150 degrees, and so the gap should be 3.732 x your material thickness.

Note for math nerds
This only applies for material junctions that are orthogonal. If you start canting your faces from each other, slots get weird quickly. While you can suffer through it with trig, I found it was easiest to use 3d modeling software (Sketchup in this case) to derive the slot size and shape. Below is a picture of a 15-degree canted hexagonal slot system… The base pieces (“4”, as in 4th iteration of kerf testing) are canted in at 15 degrees, as such the slots are not rectangular. 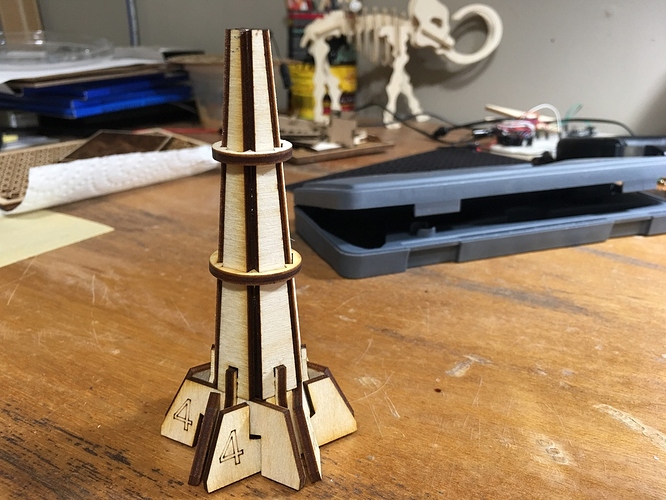 I find that if I go slightly too narrow it snugs itself as you force things to the correct angle. Tension in the pieces holds things together really well. Much better to go skinnier than not here.

Just so you know… you can remove the tray and shake it out. There’s a slot at the bottom to let the little crumbly bits fall away.

Just so you know… you can remove the tray and shake it out.

So are you saying you don’t want a pile of tiny little stars and ornaments?

I’m excited to receive your stars and ornaments. 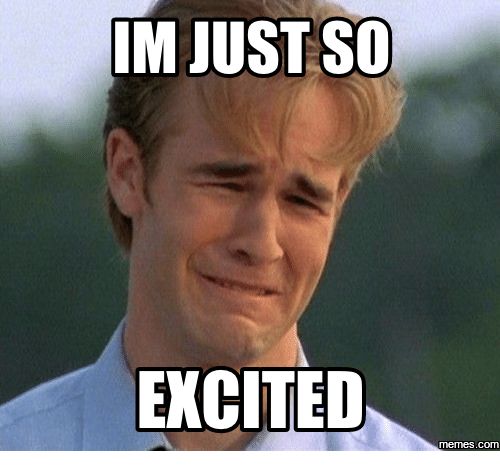 There’s a slot at the bottom to let the little crumbly bits fall away.

I looked all over for that even dumping them on the floor while I looked at the back end and did not find it till a month ago.