Finally Used My Pass Through

Even though the pass through is not much use until we get software support. It did work for me today. It was cold outside and I did not want to get the saw out to trim down the ply to fit. So I just pushed the whole sheet in through the slot and supported it with the adjustable table saw stand. It worked like a champ.

Only issue was removing the plywood sheet. The rubber seal is to flexible and jambs in the empty spaces of the removed cut parts. A real PITA. So I pushed in a 1/8 strip of cardboard to lift the rubber seal evenly. Sheet removal was easy after that.

I would suggest that a stiffer flexible teflon strip with a rolled edge be used in future GF Pro’s to replace the rubber strip. One nice option for the user interface app would be a straight line tool so that it could be placed across the material sheet and used like a virtual skill saw to cut the material when done.

The good news is I’m not going to be cutting down large sheets in the future. I can save more material using the larger sheet via the pass through. 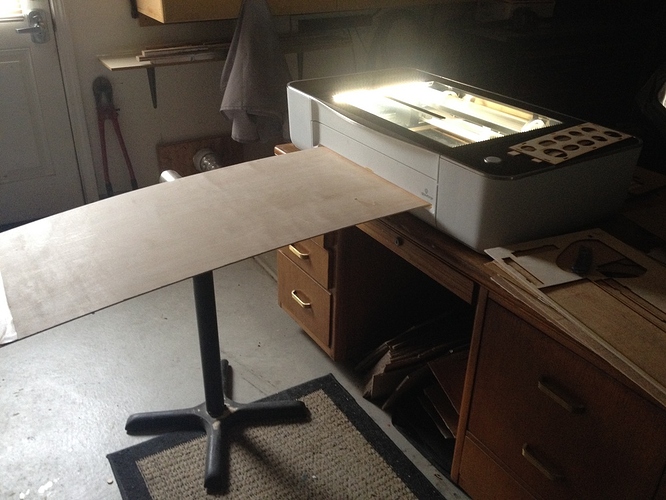 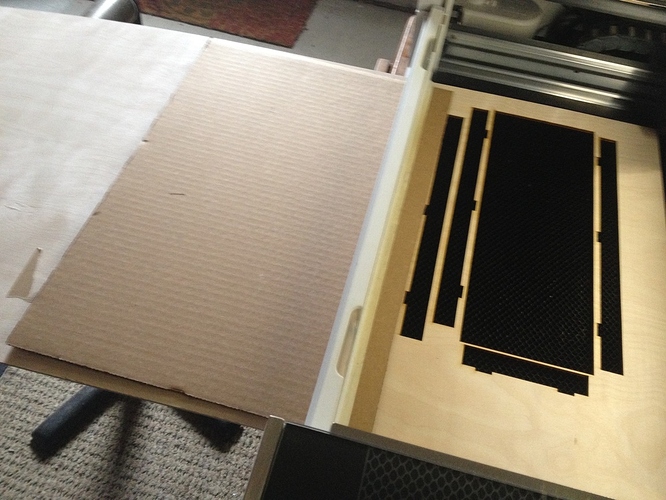 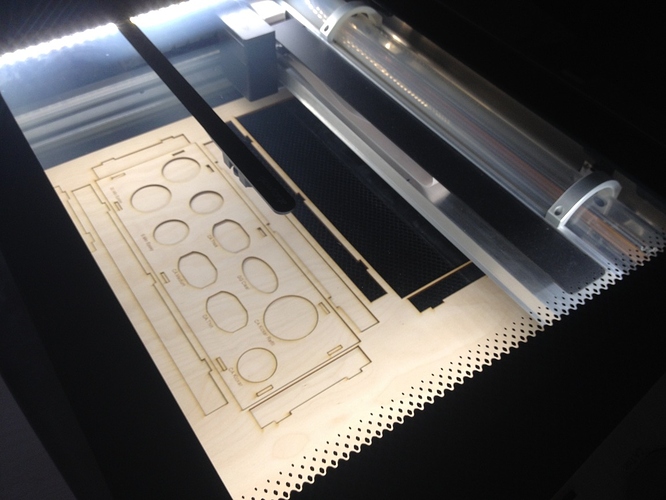 I did the same exact time. It wasnt too hard to remove it pulling it out but it wasnt easy. I agree. Pretty sure its designed as a true pass-through. Not an in and out slot. It would work pretty good if I just kept pushing it through.

I believe the manual says explicitly that the slot is one-way. I keep a 12x12 sheet of cardstock handy just for this purpose, I use it to back materials out.

Problem for me is my RZR S UTV is right behind the laser. So no room to push it forward and out. I’m sure that a lot of folks with GF in small spaces will have the same space issue. Even though a little clumsy to get the wood out it still works great.

Yeah my wall is right behind it

I believe the manual says explicitly that the slot is one-way.

Oh that explains that. I was annoyed to. I guess I missed that one

The rubber seal is to flexible and jambs in the empty spaces of the removed cut parts.

I use a ruler to do the same thing.

It’s an extra step, but not a big a deal for me.

When my Forge was working, I used the passthrough a lot to get at corners of material and for longer pieces of cherry veneer that I got at Rockler. I’m so glad to have purchased the Pro.

I guess I missed that one

as did I. I learned that the passthrough was directional after I reported the ‘flap hampering material removal’ to support. Felt dumb.

Little trick, if you are just engraving the end of of longer material, and have the room to miss the gantry: open the lower flap door while lifting the end of the material, and pull you material out upwards. This doesn’t work if you can’t clear the gantry, but it’s how I’ve been using the ends of my 24" inventables material. 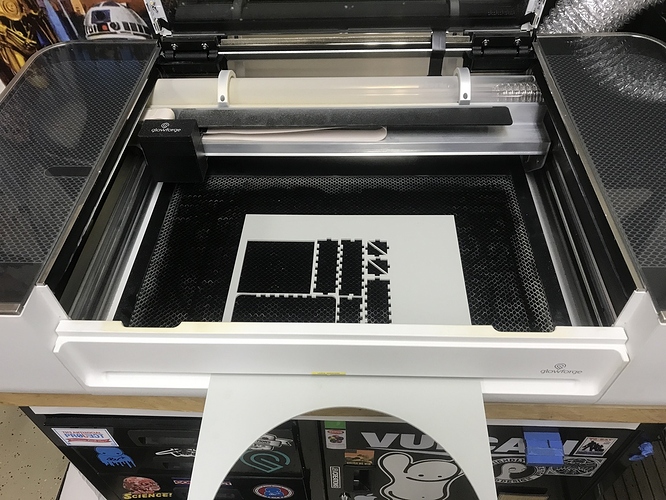 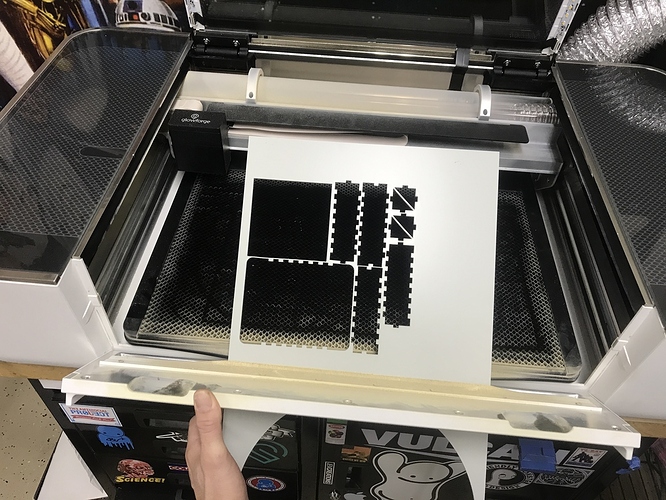 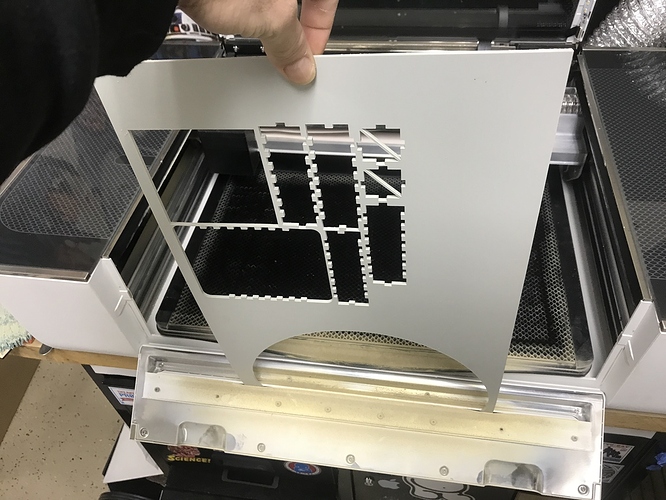 I used the pass-through slot last week to engrave on a scarf. I probably could have just rolled up the rest of the scarf and tucked it out of the way of the head but I have a pass-through slot. And, because the scarf isn’t rigid, I had to use a similar cardboard method to assist the fabric in passing through the slot.

just did my first round of maintenance, and gave it a quick wipe with the lenses cleaner sheet.

I got my replacement 'forge 15 days ago, and cleaned the tube about a week ago…

My table has wheels so I can wheel it until all four feet (longest piece I’ve tried to date) will slide out the back. I’ve used it properly and maybe, just once, but I am not confirming, helped it back out the in door.