I finally got around to doing something I’ve been dying to try ever since I pre-ordered my Glowforge. Wood inlay!

I know lots of other people have been using their Glowforge to do inlay since day one. There are already a number of other posts/tutorials on the topic but I’ve chosen to skip the research phase and jump in feet first. I’m so happy with the results thus far that I thought it might be worth sharing some of the details of my naive attempts. I’m also curious how my process lines up with what other people are doing.

I wasn’t too worried about cutting out the veneer so began by dialing in the settings for the walnut base material. I wanted to get the edge of the engraved area as crisp as possible without spending a ridiculous amount of time on the engraving, so I decided to score the outline of the engraved area before doing the engraving. I ran all my test pieces at 225 lines per inch and I think that scoring the outline produced a much nicer looking edge than engraving alone. On the other hand, I haven’t tried just engraving, so maybe this is overkill. 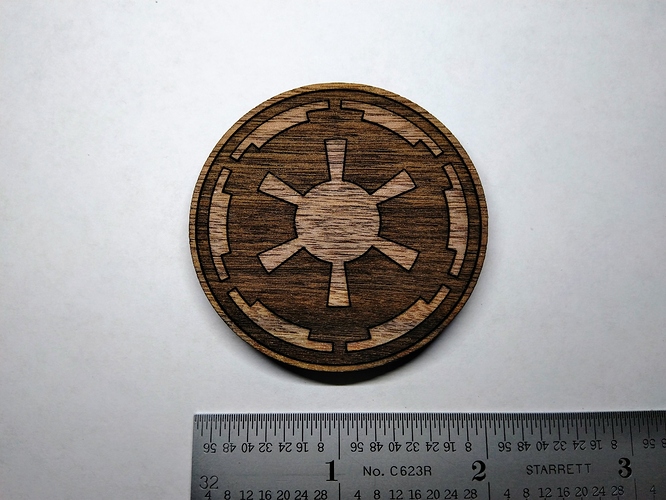 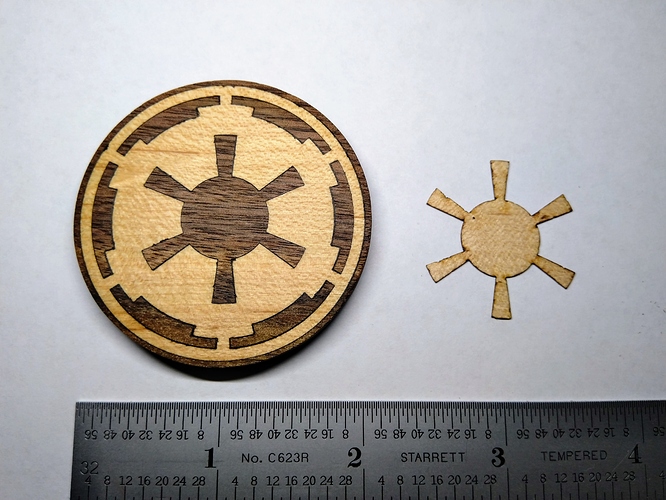 I created a 0.005" kerf adjustment between the base material and the inlay using the stroke to path method in Inkscape.

Perhaps I should have been a little more worried about cutting out the veneer. I should have known better than to choose the proof-grade veneer settings to cut out my veneer. This veneer is only 0.018" thick and doesn’t have any adhesive or paper backing layers. If you look closely, you can see a number of places where the edges of the veneer are jagged and burnt. I was so tired/excited at the time that I didn’t even notice before gluing down the veneer. 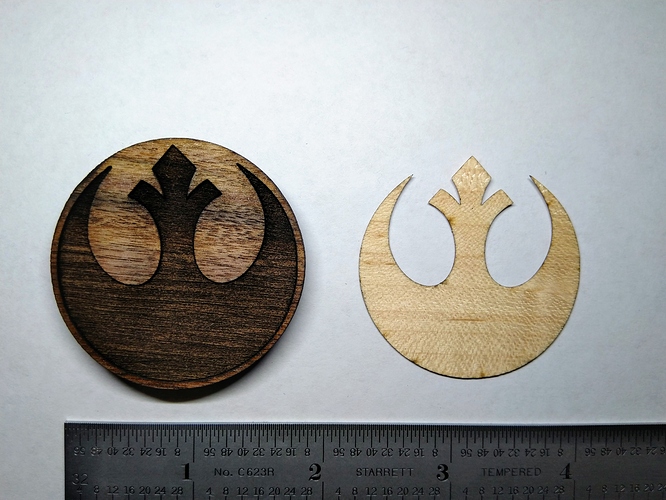 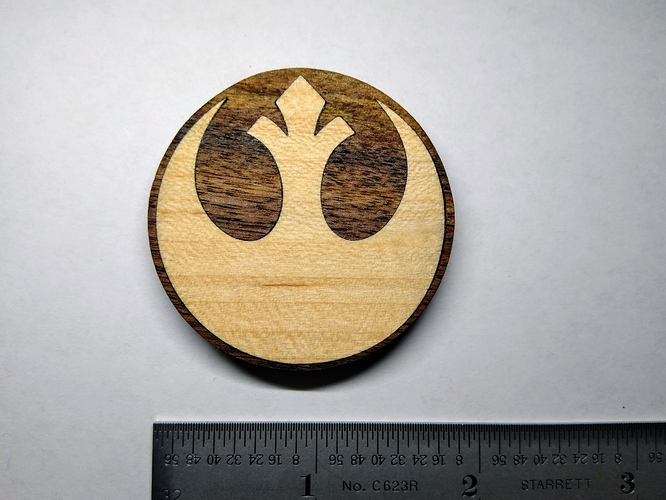 Very nice job! Inlay can be tough to get right.

Thank you so much for sharing your experience in the detailed write up.

Beautifully done, and I love the images!

The high speeds work best on designs that use up a significant part of the bed horizontally - your design is small so the head has to go really wide in order to reach those speeds, increasing the overall time to engrave

the edges of the veneer are jagged and burnt

At what point does the engraved surface become too rough?

That’s going to change depending on the wood you’re using.

Curious if anyone here has any thoughts on using hide glue vs. Titebond (PVA glue) for inlay.

In my experience they are absolutely interchangeable. The real bonus of hide glue is leave it in shake form until you use it so it never goes bad on you - Elmer’s will eventually dry out. (Also the only difference between white Elmer’s and Elmer’s “wood” glue is yellow colouring - Titebond has the same formulations)

A coaster, or a magnet, or an ornament, or a button–I haven’t really decided yet. 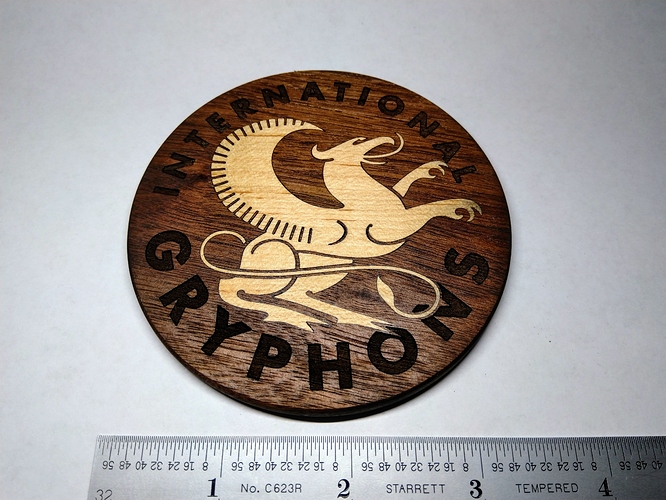 I can’t get enough of this! This is the most fun I’ve had with my Glowforge yet. I just wish I possessed a creativity commensurate with the possibilities.