First Impressions of a Pro Owner

i found that it wasn’t so much putting a level on the lid and making sure the lid was at perfect level.

Yes, level is not as important as flat. Few of our surfaces are dead flat. Since I had received the pre-release it had the right front corner of the lid sitting up about 1/32" from fully seated. Moving the machine from its ‘flat’ perch to a ‘flat’ table for cleaning the exhaust fan grill resulted in a rub in the fit of the lid on one side.
When I put it back, I repositioned the machine about an inch further to the right from where it had been. Not only did the lid rub go away, but the lid closed full seated on both sides.
With that lesson taken, when the new machine came, I took the time to position it so the lid operation and fit were right.

Definitely – the helix is double the price for sure. I’m not saying that a machine which is half the price is unacceptable to be so much slower, I am only illustrating that I did not expect it to be.

As I said above – I hadn’t really read anything that prepared me for the realization of its actual speed when I saw it for the first time.

I had just ASSUMED that all laser carriage speeds were created equal, which looking back is obviously a silly assumption. All I’ve ever known is Epilog, so I didn’t even realize consciously that I had made that assumption, it just automatically wasn’t a factor in my expectations. Since I had that expectation already rooted in my subconscious (built through year after year after year of seeing the exact same carriage speed capabilities) – you can bet it threw me for a loop when I saw it for the first time and my “laser carriage speed world view” was brought instantly to a crumbling ruin.

And I am certainly not aiming to be Negative Nancy either. There is plenty to love about this machine! I have a few issues I would like to fix (smoke, front door fit), a few I would like to see fixed in the future (accuracy, maybe a handy driver), and really just one that I’m sure will never change – which is the slow carriage speed.

That one thing IS pretty significant and caught me completely off guard, but on the whole it is still awesome to have a machine this capable in my very own home for the price point that I picked it up at.

I am excited to get home and monkey with the levelness and exhaust sections based on advice given so far!

cracking the side door … allows for extra intake air

This is an important point.
The GF fan can’t exhaust air unless there is a way for replacement air to get into the room. You might have to crack a window in another room to allow makeup air.
If you have an open wood-burning fireplace or stove, be aware that the GF exhaust can cause backdrafting, same as a bathroom fan.
I would focus on sealing all leaks in the GF exhaust system and providing makeup air before doing anything to seal up gaps in the GF case - they are needed to allow air in, to carry away the smoke.

Don’t recall who first suggested big zip-lock bags or plastic bins to store left-over material, or the product until you have time to clean it, but for me that has made the biggest difference in cutting down the smell in the room.

on the whole it is still awesome to have a machine this capable in my very own home for the price point that I picked it up at.

very true. and also far more compact than the more industrial versions. we have a brand new (literally weeks old) 75w universal laser in my office. i would not have been able to get that thing up the stairs and into my office, let alone put it on a desk.

After two or three practice projects, I also had an issue with cut-through. The solution that worked for me was a thorough cleaning of the unit, including cleaning all optical elements (btw, don’t drop that lens), removing and thoroughly cleaning the crumb tray, and even gently vacuuming the inside of the GF that, in the process, revealed a tiny piece of clear acrylic that may have found it’s way under the right side of the crumb tray which might have led to a non-level surface. After all that, all Proofgrade materials have cut, engraved, etc., perfectly. Hope this helps!

Those of you who put tape on your machines to stop the smell…could you post a picture?

I’ve bought the foil tape but I don’t want to mess it up!

The foil tape is a buffer to transition leaks. That said --> you would not want it on the glowforge exhaust ring to tube section because it is not easily removed.

I have a bit of overkill going on, since I have less than 2 feet to work with and one would think that is a straight shot out the hole.

But, I want to be able to block the exit when not in use (hot and humid), and also be able to remove the tube from the machine for easy cleaning. Additionally, I had such a terrible resin infused waste build up on my grate once that I felt a booster fan was needed to get that sort of waste further towards the exit before it slows down and starts sticking around.
So Magnetic Disconnect to Booster Fan to Easy Disconnect, all in less than 2 feet.
Where the foil tape comes in is over the short flex tube sections used for coupling the 3 items together. Once secured and permanent, it forms another leak barrier to whatever you used to secure the transitions (band clamps for mine). 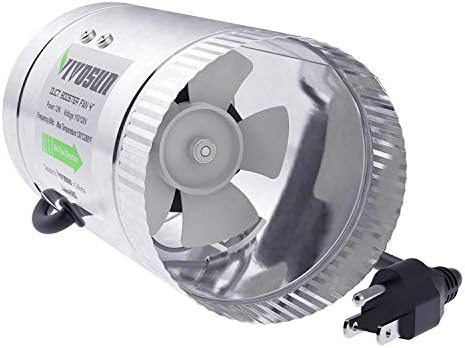 Magnetic Dryer Vent Coupling for New & Existing Construction Utilizing Any Direction Vent Path. Free Shipping Available on Orders of $100 or More When You Select UPS Ground! All orders placed after 2 pm EST will be processed the following... 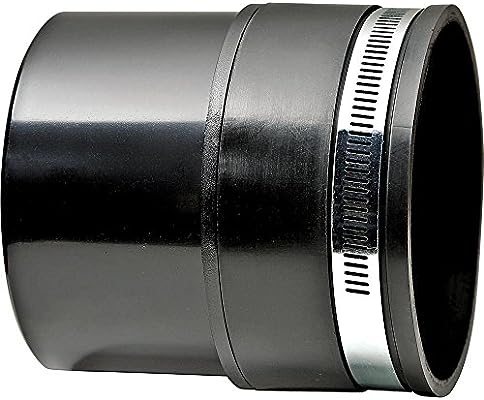 
2 clamps come in Rockler Clamp order.
And my rig in all it’s glory (no one can see it unless I am cleaning it so pretty was not an option)…

How do you seal leaks between the glowforge and the hose then? I had a pretty major leak right at that connection. Did I just hook up the clamps to loosely?

Had that ‘rubber like’ Rockler fitting. Nice and snug to the glowforge and easy to loosen//tighten with a socket.
That now goes into the booster fan instead of straight to the wall, but it still has a small flex tube piece acting as a buffer for initial air tight fit between Rockler and Booster Fan.

Won’t you get Backdraft

Can watch the exit flap.
Forge pushes it about 1/2 to 3/4 open.
Booster alone goes 1/4 to 1/3 open.
With booster + forge it is jammed at the stop.
Indications are they add to each other.

Won’t you get Backdraft if you stick a 100CFM fan in the way?

That might be the case if the fans were very close together but if separated sufficiently a second fan sucking should help the first fan.

I really liked your setup and have been wanting to improve the link between the hose and the back of my Glowforge, so I went ahead and ordered that Rockler coupling set you use. It just came in and it doesn’t fit the Glowforge vent exit at all. The Rockler part is at least 1/4" too big and no amount of tightening of the hose clamp will make it fit. Did I get the wrong part? Do you have something else in between the two? Or is Glowforge making different size vent exits?

I just measured the OD of my Glowforge vent and it is 3.82", the Rockler fitting is 4" ID.

I had the same issue with the vent hose I used on mine…try making a gasket out of high density weather stripping tape:

(It comes in different thicknesses.)

Heh. Great minds think alike and all that. I remembered that rubber material I bought to make the rubber curtains for hubby’s polishing box, so I cut a strip of that and stuck it on with carpet tape. Seems pretty tight now but I won’t get a chance to test it for a little while.

My gut wild guess is that the rockler coupler is supposed to fit around the outside of the hose, to be used for joining two hoses together in the middle. It probably isnt designed to fit the same place the hose would as a sort of extension. That would explain some of the difference at least.

But that’s all wild speculation without having done any research!

Do you have something else in between the two?

Just like the picture shows.
As far as a machine change, @staff would best respond to that.
My exit port on the machine is the same though -> 3.83ish with a 4" rocket. (just checked).

The strip of rubber I put in between seems to be doing the job, so I’m happy now.