Took a picture and converted to B&W, played around with contrast and such, then dropped it over the little puzzle template. ~15 minutes to cut, and came out pretty well. 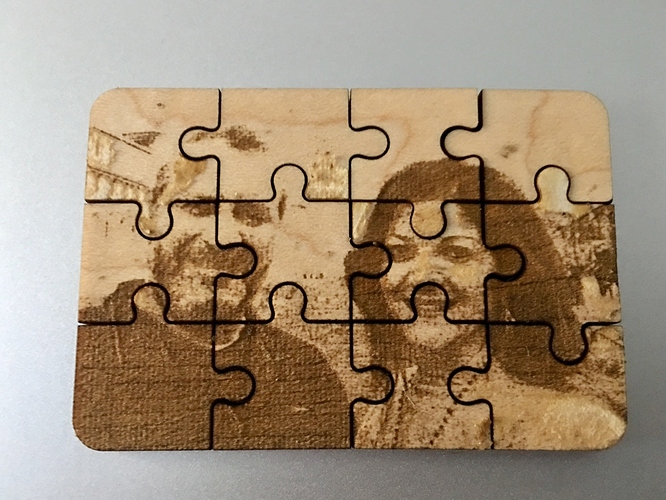 Time lapse of it running:

I just noticed, the back side of the material is not as blackened by the cut as the front. Seems like this type of project would be best cut from behind once the front detail is complete? 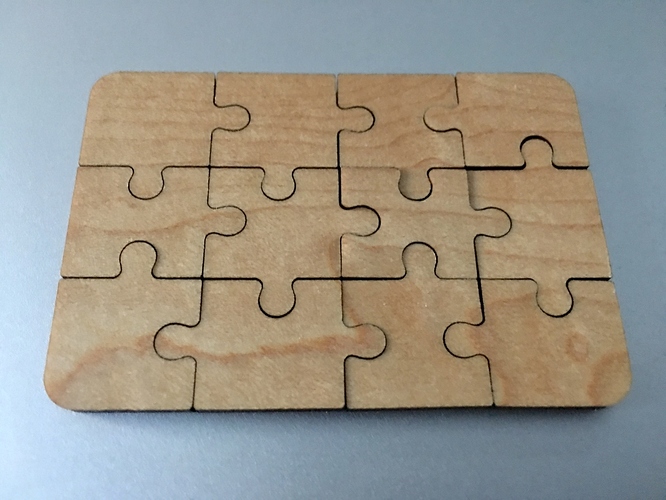 Welcome to the club! I too did that puzzle as my first post-ruler project.

That’s an interesting observation! You could test it by doing the following:

You may have to bring all this into some other vector editing software - not sure if the sample puzzle project has separated the outline border and the squiggles.

… then I noticed the tower and building on either side of my head were not on the wood - they had been burned onto the paper.

So I cut the original pic, erased my head, and ran it thru again - tada!! 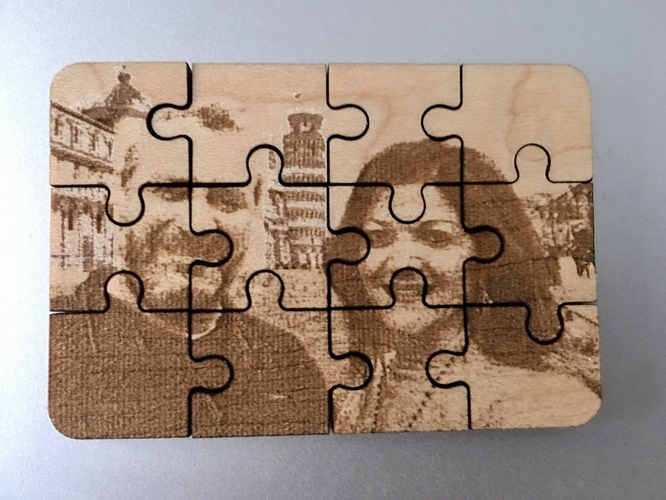 I would just make a couple of alignment holes and use those to line it up again when flipped over for the “cut”.

I just used the bed image to scale and re-align my “mask” to fix the original, it’s accurate enough for me!

(I’d be afraid cutting it upside down after engraving it though might create flashback on the engraved portion underneath…test it on some scrap first to see that it doesn’t mess up the engrave.)