First things first… thanks to all the knowledge that has been shared on the forum. This is the first post that I write, but I’ve been reading quite a lot during the last couple of days! We have been able to learn fast, as many of the initial doubts have already been asked and solved by many. Thanks again!

Although we received the GF a few weeks back, we haven’t been able to unbox and test the unit until this last week. Sounds crazy, isn’t it? So long waiting for it and then it stays in its box for weeks!

Apart from the classic initial projects (which have been shared over and over again), we have been very busy making the following:

Shark: we mirrored two parts and glued it together. 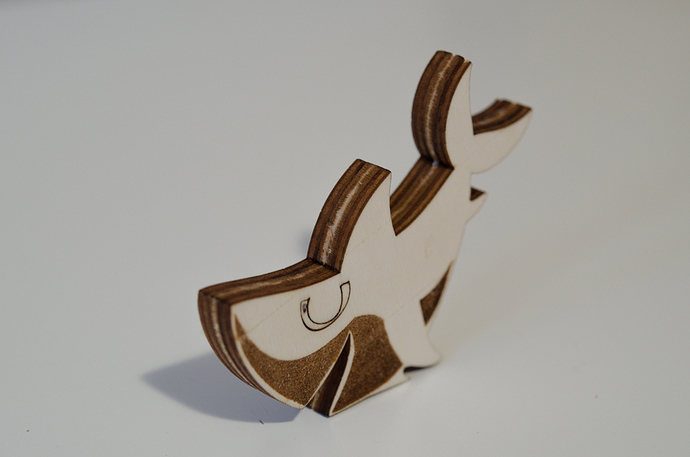 Logo: letters were cut in one operation. Then a second operation cut the rectangle and engraved the letters in the wood. Finally, the letters were glued in the engraved recess for a 3D effect, keeping the exact spacing and rotation. 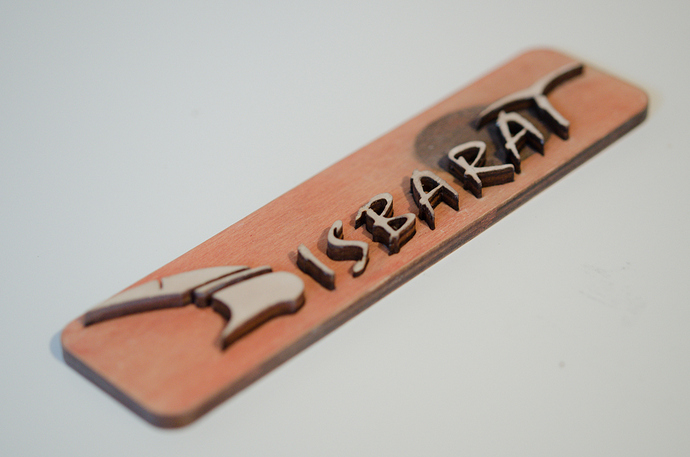 Japanese pattern: testing the alignment of a wooden part using a cardboard jig. 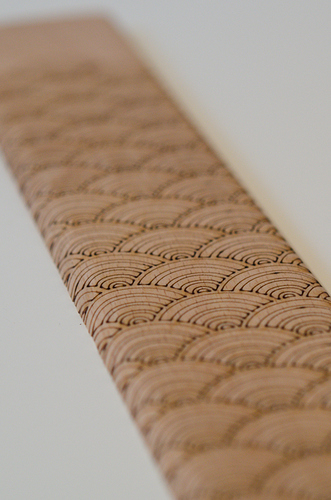 Boxes:
The first one, with cut/two color design for the lid. It can’t be seen, but the felt on the bottom has been cut in the GF too. 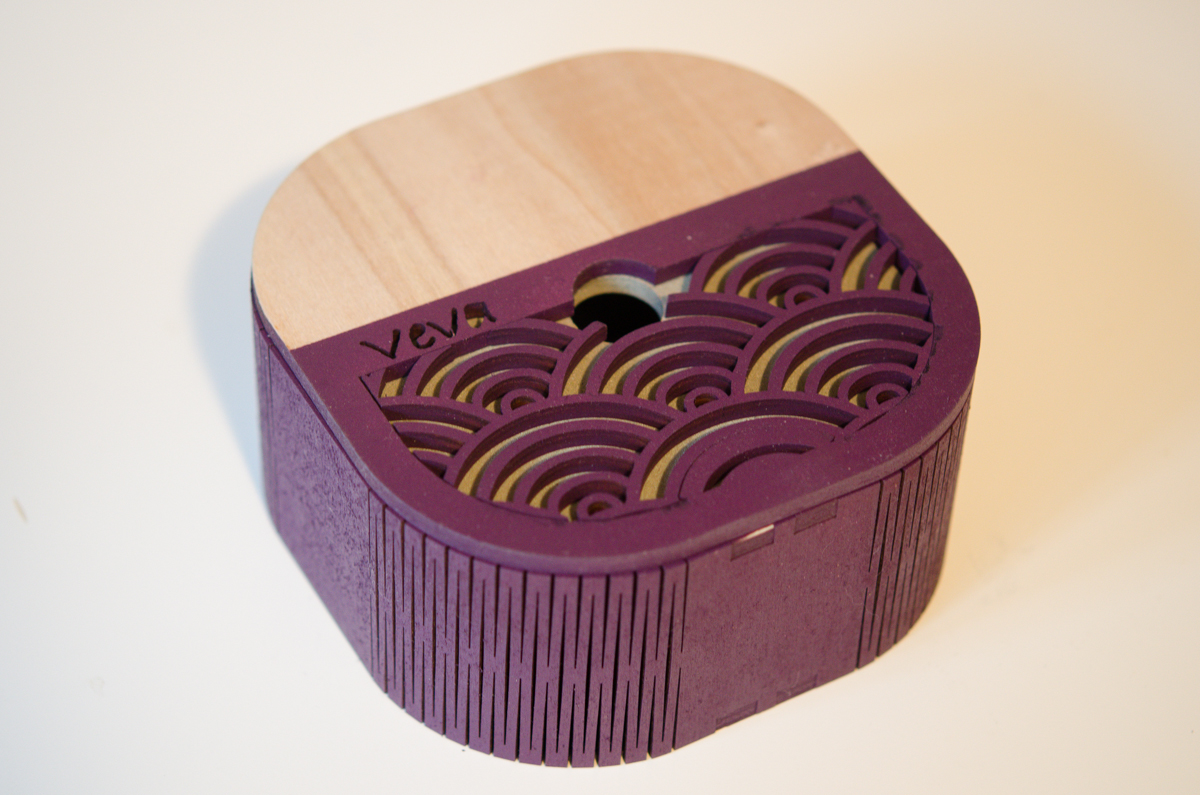 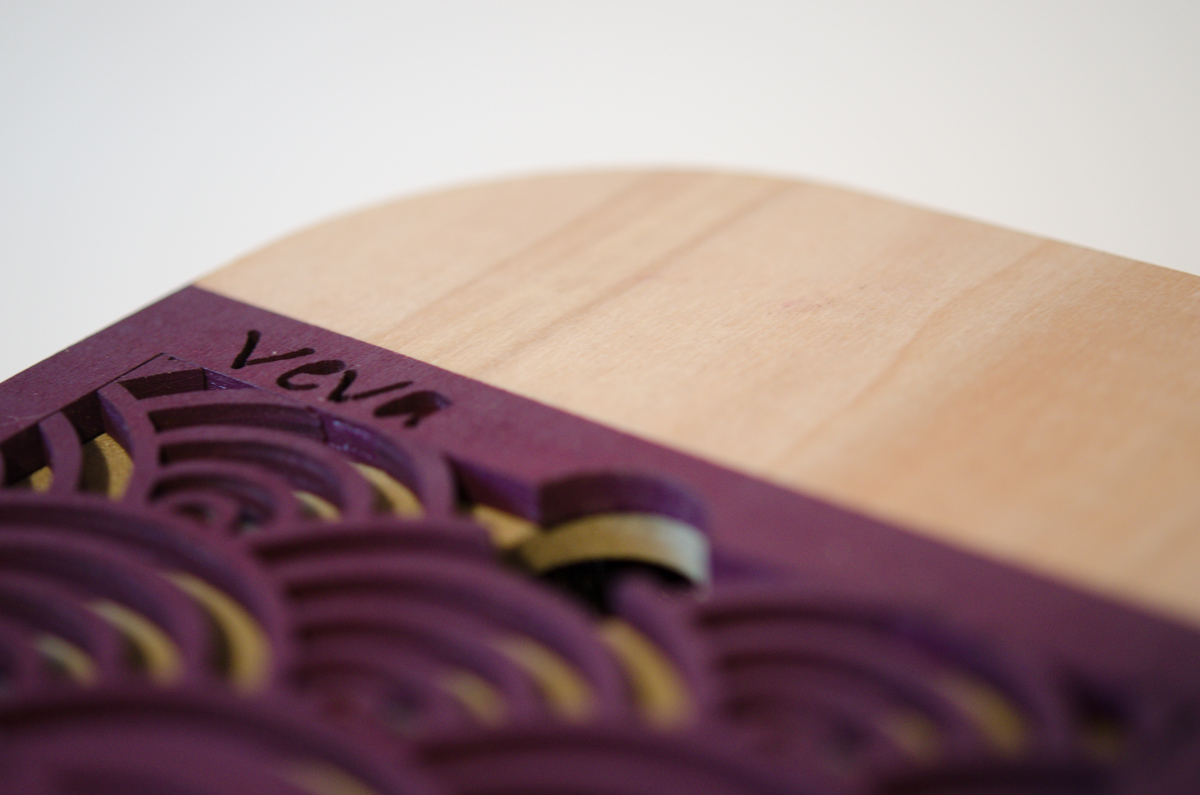 A living hinge box. The wood was painted in a coat of silver first and blue second. The curly design was revealed by engraving at very low power. 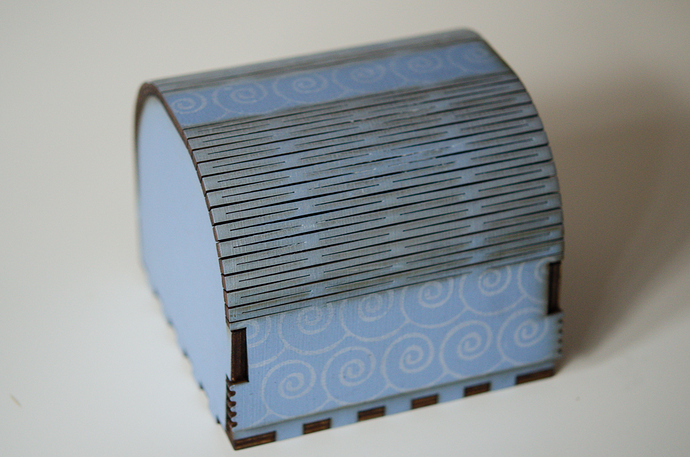 And, finally, we felt brave by putting the hard drive and phone under the laser…
Well, they’ve had a tough life anyway! 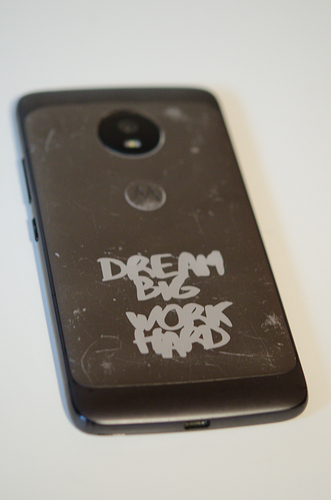 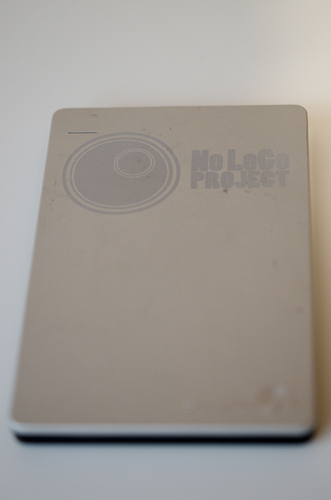 It has been a magic week… so many things still to try and not enough time!

Very nice first projects! I really like that two color engrave you did–I think that’s a new one. Haven’t seen it done before. Thanks!

I like the low power engrave too! What power was the "very low " power?

The two tone box is just beautiful. The logo turned out very nice, and love the Japanese pattern.

Nice start, as it looks like you’ve hit the ground running with your new

Love that maroon box! The blue and silver is nice, too! Well done!

I can only add my belated comment. I think ‘delicious’ sums it up.

Many thanks for the comments!! Still lots to learn and to improve

I like the low power engrave too! What power was the "very low " power?

Pretty impressive combination of projects to do in your first week! I look forward to seeing more.