Did anyone modify or change anything about their GF to permanently fix the “Scanning” forever issue?

Glowforge is sending a “Black Cable” replacement that supposedly will fix it. However, this will be the second cable they’ve sent me. Sounds like a flaw in the design of the machine to have something like this malfunction all the time, or if that’s even the issue at all?

Before you ask questions here’s a reply checklist.

The Glowforge was working fine for the last X amount of months in the exact position it is right now. When all of a sudden without warning or anything it decided to start having this scanning issue.

What happens to my glowforge?
I turn on with a piece already inside the machine. Gets scanned with initial startup, set my laser settings and start the job. Job finishes and I remove my finished piece. Great all is well no problem.
Get ready to do next job, clean off bed and put in new sheet of material to cut/engrave or whatever I’m doing… Close the lid and… “Scanning” forever happens. Without fail this will happen multiple times. Anytime I want to work with the machine I have 1 job per power cycle (Power Cycles - when I say this, I mean. I turn it off by switching it off behind the machine, unplug it from the outlet for about 10 secs; plug it in and turn it on. Is this necessary? Probably not, but at this point what else do I do?)

Been happening for the last two weeks. Glowforge is really slow with customer service so while I wait for them I wanted to ask you people if anyone has had this issue and if there’s a way to solve it since GF won’t help me past trying to sell me more parts that go bad that I have to replace often.

So you say yes the Internet is stable, how are you sure?

Also I’d imagine you did this but it wasn’t in your list so I’ll mention it: power cycling your router is a good troubleshooting step when weird network things start to happen.

Wifi issues can be really tough to diagnose and isolate. Lots of the possibilities are remote chances but they can be worth investigating.

The cable is a design flaw. There’s no way to substitute. Their support could be better, and the company would prefer it to be that way. It’s unfortunate.

+1 to what @evansd2 said. The Internet connection has very little to do with it – it’s all about the wifi.

We have horrible Internet, 'way out in the country, that uses any excuse to go down. It rains, or the wind blows…whatever. I use an Apple Airport, with an Airport Express extender for the 2.4gHz network, and that’s plugged in right next to the GF. The micro cell booster for our cell phones is the only other thing that uses 2.4gHz, and it’s hard-wired to the Express.

That solved all my eternal scanning issues. The only time I have trouble now is when the kids visit and there’s a baby monitor plus multiple people streaming stuff at the same time and stealing the abysmal amount of bandwidth available.

That was a really long way to say that a dedicated 2.4gHz network is the best way to go. Set up your “guest” wifi as 2.4gHz and don’t give the password to any of your other devices, then try different channels until you find one that none of your devices (or your neighbors’) are interfering with.

the company would prefer it to be that way

I don’t think they actually prefer it to be an unsubstitutable design flaw, if that’s what you meant. That would be kind of ridiculous.

Their support could be better, and the company would prefer it to be that way.

OK So If I ran an Ethernet cable to my GF and wired it in, You’ll say I should never have this issue again?

I ran an Ethernet cable

One - there is no ethernet port on the glowforge, which is just mental to me. (previously)

I’m just saying that sketchy wifi connections yield all kinds of weird glowforge behavior, including strange scanning stalls. One possibility is to really try to maximize wifi signal at the glowforge, a $30 range extender might be worth the investment just to see if that helps. Worst case scenario, you now have an extender that you can use to boost your signal strength where you need it. 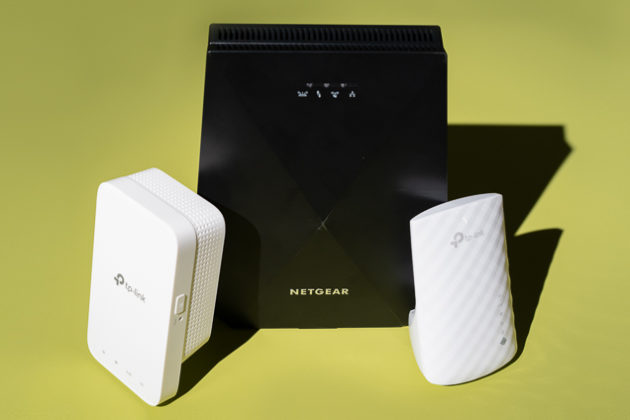 TP-Link’s RE220 Wi-Fi extender is the best one to get if there’s a spot in your house your router can’t reach, but extenders often hurt as much as they help.

Holy Crap FOR REAL?!?!?!? Glowforge doesn’t have an Ethernet Port!?!?!?
What the hell. I assumed that a machine this expensive wouldn’t do something that stupid. I’m floored…

Yea I already have a Wifi Extender sitting next to my GF. Still no good.

Well, GF support also has access to logs, I am pretty sure they have some visibility into your wifi performance at the time. It was always a longshot.

And yeah, I wish it had an ethernet port, it’s just one less point of failure. I kept hoping some smart enterprising sort would have figured out how to hack a new ethernet daughterboard into this, but so far no dice,

Glowforge doesn’t have an Ethernet Port.

Sounds like they wanted to make money off selling Black cables hahaha.

I mean @dan Is a smart guy, I’m sure they’d find some way to make money after everyone bought thiers.

I’m honestly tempted in selling the glowforge and buying another one with similar situations. THe lack of customer care and flawed situations makes me feel sick to my stomach that I paid a lot of money and spent 2+ years waiting for it.

Imagine if my dumb idiot self would have bought two of these T-T.

Oh boy is this hyperbole… have you looked out the window in 2020?

Anyway, really unhappy with how this situation is at the moment.

I don’t blame you. Glowforge support model is not quick, but I will say that they do stick with you to try to solve issues. Once you get it working and stable, I wonder if your opinion will change. I went through a repair process that took ages, and I was very mad about it, posted lots of my thoughts on the eleventy-five things that they were doing wrong, but ultimately, I got my stuff back and working and they supported me through it. Slow, but effective and empathetic.

Cold comfort when you’re going through it, and may not meet your needs if you’re relying on it as a core business process… but for me as a hobbyist where I have more time than sense, I have to say it’s been great overall.

Nice, Yea that’s comforting. Nah luckily I don’t do that yet… But this has put a hard halt on my business that is founded with the Glowforge in Mind.

Hey so why shouldn’t I sell my Glowforge with all these problems and lack of customer support.

and instead buy one of these bad boys? 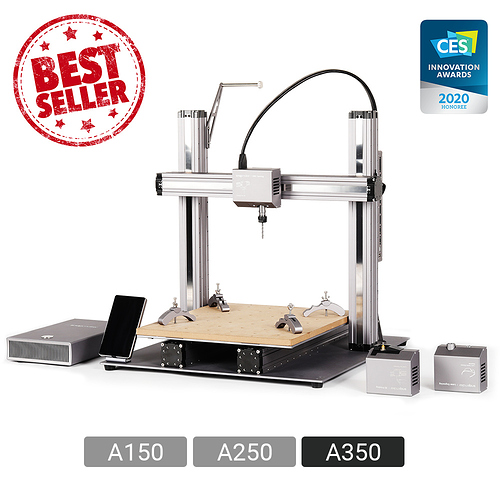 Snapmaker 2.0, the modular 3-in-1 3D printers that unlock your full creative potential, from 3D printing to laser engraving, cutting, and CNC carving. Snapmaker 2.0 is smarter, faster, larger, and more powerful than ever before. It is a new...

Looks like a deal! Let us know how it works out.

I feel your pain with GF service but this is not the way.

My general take on things that try to do more than one thing at a time is that they tend to suck. A Swiss army knife is cool but each of the tools it offers sucks vs similar dedicated tools. The El Camino, while cool looking was not a good truck or a good car. The “saroca” was the worst sailboat-rowboat- canoe ever devised. This specific contraption looks like it would do all of the things it lists, poorly. It would suck as a laser engraver or cutter, unless all the work you currently do it at or below 5% power. (it is not).

The first glaring issue is the lack of power. This sucker has a 1.6 watt laser. That is a glorified laser pointer. It will not cut anything close to what the GF can do, if it can cut at all. It is not even close. The 2nd obvious issue is the lack of a smoke management system in any of the photos. Laser cutting makes significant smoke and ignoring that or pretending it does not exist is poor form.