Flight Test of V2 and V3 of the Cardboard Glowforge Glider

should have worked with Skunkworks

I had a parishioner way back when who was a veteran of WWII. He flew the Burma Hump route. Never piloted after the war. Always an amazing thing to meet these guys who gave up the stick after they left the service.

He ended up working for Lockheed as a purchaser and was involved in all their cool skunkworks stuff.

He never could give up being a purchaser. Well into his eighties he would go around visiting people and convincing them that they would need cast iron pans. Didn’t work for Lodge, but he swore by them. Some of the pieces he gave me are real treasures that I use all the time.

Wow. I have always wanted to fly. Actually handled the controls in a small aircraft once, but the dude next to me was really in control. Bummer to hear the fella never got back at it, but it is not a gig you can just up and do on a moments notice. Not sure my teacher salary would ever cover a private plane. =)

So cool that he was involved with Skunkworks. The stuff they must have seen and heard is mind boggling.

I am glad he was always invested in what he did. That is a big part of being successful in whatever we choose to do. Top it off with leaving you with good memories… I think he won,

You can use a promo code from Dustin’s “Smarter Every Day” channel to get a free audiobook from Audible, and he’s recommending Ben Rich’s “Skunk Works” (I read it back in the late 90’s when it came out.)

I highly recommend it.

I also recommend taking a discovery flight in a glider. Your local clubs almost certainly offer those for a small fee. I flew for a few years (and hold a state record), there’s nothing else like it.

Did you ever talk to him about the book ‘God is My Co-Pilot’?

I didn’t. I regret that I didn’t spend more time with him writing down his stories.

If you haven’t read God is My Copilot, it will give you a glimpse into ‘flying the hump’. A good read. 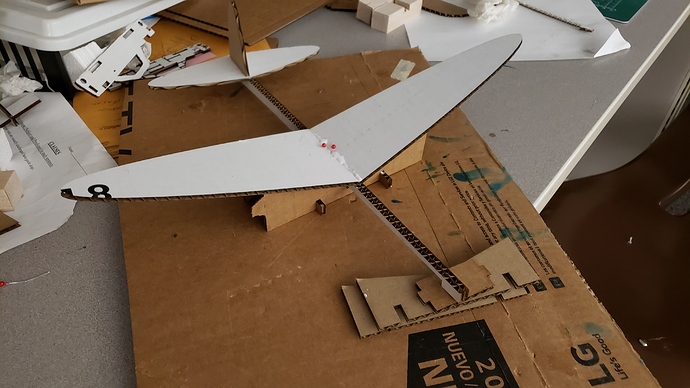