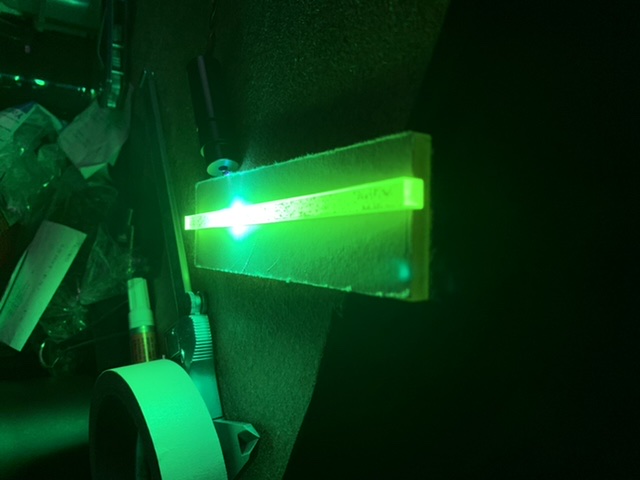 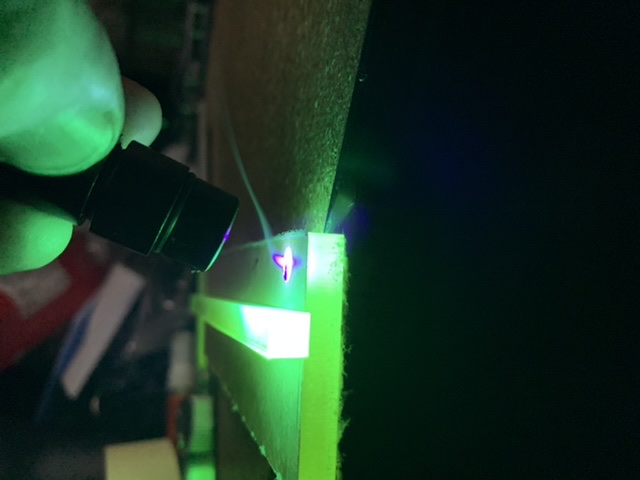 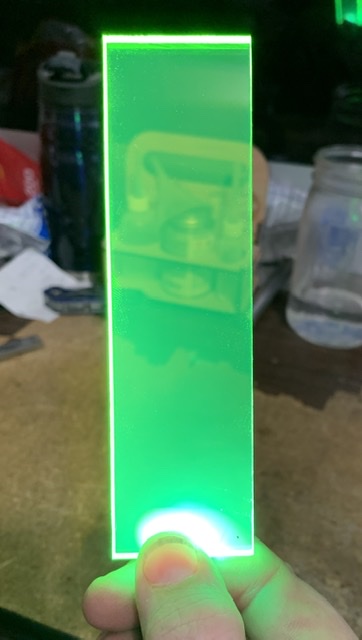 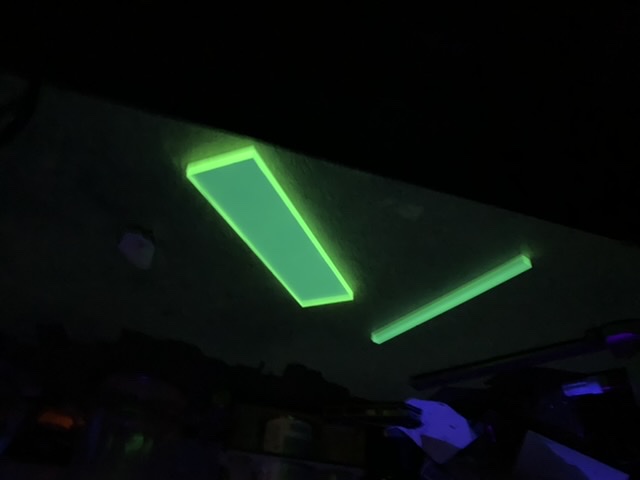 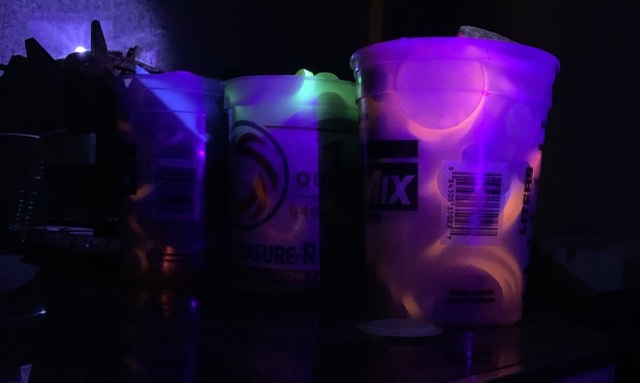 Dude… I need to put this laser in the project car for some unknown reason.

First, I might try 3D laser sculpting something into a bottle of SLA resin…

Is it legal to have that much fun? I’m surprised by the heat!

I’m surprised by the heat!

Yeah so was I when the spot hit my hand and it felt like a very tiny hot poker!

First shot at a “sculpture”. Actually looks like it could be a model of a slick rock terrain in Utah or Arizona.

(This is me being bored while waiting on epoxy and carbon fiber to cure) LOL. 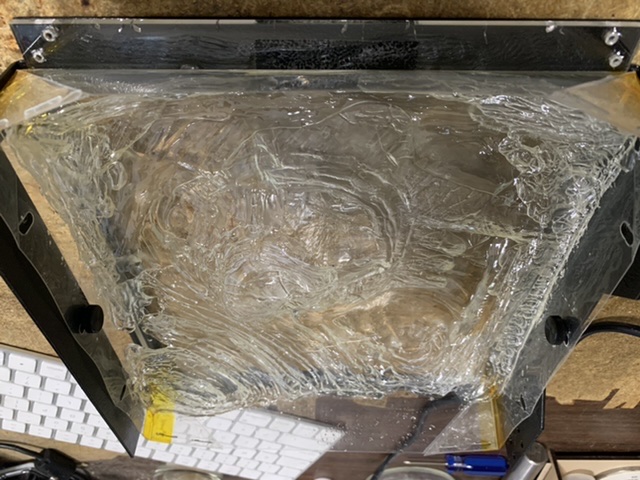 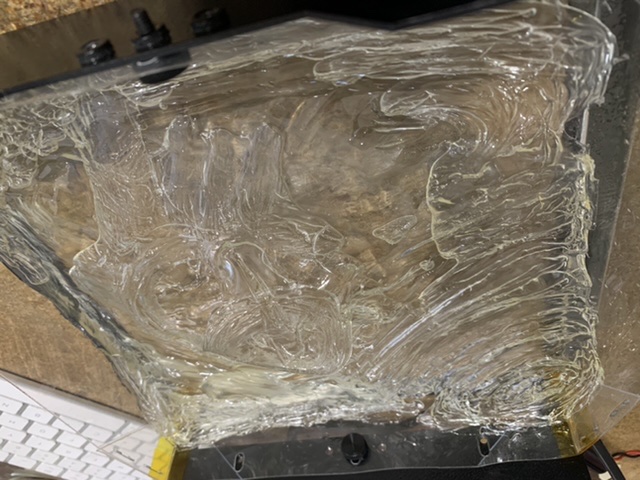 At least you’re off the streets and out of trouble. How long did that experiment take you? it looks big.
Where do/did you buy your SLA resin?

It’s about 8”x8”. The container it’s in is the resin vat from inside the 3D printer.

This resin is from Full Spectrum, as is the 3D printer that I cut the laser from.

Thanks!How’s the trike build going? Man, I can’t imagine tackling a project of that scope.

Well… I’m sitting here goofing off instead of working on the build.

I talked to Gates, trying to get a custom length drive belt made to fit a different gearing ratio, but they’re not interested so yesterday I gave up on trying to make a slack take-up system. I’m just going back to the original gear ratio.

I got the air suspension system squared away, had to trick the computer into thinking there was a 4th wheel so it would go through the calibration. The test setup was a small air chamber made of PVC pipe to test and get the volume right, but now I’m building a new chamber using fiberglass and carbon fiber. End result is there are preset ride heights that are activated by the push of a single button, so whether I’m riding by myself, or carrying a passenger or cargo, I can press the button and the car will adjust and level itself according to the load and needed ride height. This also ensures the alignment is optimized.

Most cars wouldnt be this fussy but the issue is the car itself is only 800lbs. Me getting in or out, let alone a passenger or cargo load, has a dramatic affect on the suspension geometry.

Man, all of the trial and error of a new design, let alone building it. I wish my Model 3 had air suspension.

I wish my Model 3 had air suspension.

Air suspension parts were recently added to the Model 3 parts catalog. Looks like early adopters missed out on some goodies.

Yeah, the new FSD computer now comes standard, you just have to pony-up to have that feature turned on.
We bought early because the incentives were about to be halved. Unfortunately the only trim level available at that point was fully loaded with options for enhanced autopilot and full self driving. We originally decided on the nonexistent $35,000 one but ended up spending twice that.

I have to say we don’t regret it. At all. Our car will do almost everything full self-driving will do except recognize stops and lights.
Only thing is we now have one of “those” cars now, and I expect we will see the end of updates this car can take advantage of.
Maybe in 50 years it will be a collector’s item.

Nothing a standard idle pulley setup could handle? Seems like that use case would have a standardized solution out there.

Issue is it requires an idler on the toothed side of the belt, and I dont want to introduce another possible source of wear into the system. Funny thing is I didnt even realize that issue until I assembled the take-up parts on the car.

I might revisit it at some point but for now I’ll table the idea for sake of not delaying DOT inspection further… I mean… after 8 years building, another 2-3 months delay doesnt mean anything at all… LOL…