What are we “supposed” to be seeing when we Forge with Friends? I am currently sharing my GF with a few people and only one has actually printed anything. When they were printing, I couldn’t see much of anything at all. The only way I know to just view the bed of the GF is to hit the Trace button, but I couldn’t see anything there about the job currently going on.

The only indication in the GFUI that a job was going on was if I clicked my username in the top right corner. It would list who was running the job and the time remaining. That was about it. Once the job was done I could go back to trace and see the completed job sitting in the bed, but I’m not quite sure what I should be expecting to see.

For those who have Forged with Friends, what can you see about someone else printing a job when you are also logged onto their machine?

It would list who was running the job and the time remaining. That was about it.

What else would you expect to see? I mean, what else is there to see?
(That sounded snarky. But it really wasn’t.)

I was thinking that there would be more of a pop-up saying “User is requesting to start a job” and the pop-up would show the job being requested and the estimated time of completion.

Once it’s running, I was thinking that the ability to send a job to the bed would be disabled on my end until the previous job was completed.

Maybe an option to view the laser simulation page as their job was running (and the option to minimize it if we don’t want to see it).

Also through clicking around I made the job preview go away and did not see an obvious way to bring it back. That would be useful both for our own and other people’s jobs.

I think if you double-click your name in the upper-right, the job preview comes back, but currently the simulation part starts over from the beginning instead of showing the current state.

I was thinking that there would be more of a pop-up saying “User is requesting to start a job” and the pop-up would show the job being requested and the estimated time of completion.

I’m disappointed there isn’t more of this sort of job queue information.

Also, mirrored real-time information about where they’re placing their designs on the bed. For example, if I have a slab of wood down and I’m seeing them place their designs on the complete opposite section of scrap area that I specified, this shouldn’t be something I find out only after I push the glowing button and see it all going awry.

I’m disappointed there isn’t more of this sort of job queue information.

Also, mirrored real-time information about where they’re placing their designs on the bed. For example, if I have a slab of wood down and I’m seeing them place their designs on the complete opposite section of scrap area that I specified, this shouldn’t be something I find out only after I push the glowing button and see it all going awry.

I’m not disappointed. I think it’s part of the dev process. They added the feature at our request but did not force us to undergo a big requirements gathering process (not that we would necessarily have provided the quality of input they’re getting now). Instead they dropped V1 out there, we get to comment on what we like/dislike about it and we’ll most likely see it change (as we’re seeing slow changes to the UI or catalog pages).

Yours is precisely the detailed feedback that will help make V2 better and might well not have come up until you &/or others weren’t actually using V1.

A generalized approach to viewing the progress and end-goal of the current job is beneficial for the solo-user as well. If you send a job, and then accidentally close your window while it is working, it would be nice to be able to restore your countdown to completion.

, it would be nice to be able to restore your countdown to completion.

You can do that - it will give you the countdown clock back - just the preview of the engrave or whatever starts again from the bottom.

Nice. As I wrote that I figured I was potentially putting my foot in my mouth, and may need to hold off for my delivery and a chance to see for myself.

I did a “damn!” the first time I clicked on something that made the progress window go away. It was trial & error to find out how to make it come back as it wasn’t documented. Same thing when I did a window close by mistake and wanted to find my way back. One of these days I’ll have to read the latest version of the manual to see if they’ve updated some of the tips & tricks to use the GFUI but I think apps should be self-documenting in terms of not needing a manual to be effective (at least on apps like this one) so I persevere in my random clicking

I went into a panic the first time this happened and I did not know what to do. There were so many undocumented aspects at that time and I just kept clicking away on things hoping that something would happen. In fact, the very first print I did I could not for the life of my find the PRINT button way up small in the upper right. I had a big monitor and the design was way down in the lower left corner and I just didn’t know what to do to make it go!

It’s something I used to teach the students all the time, but forgot for myself: Take your hand off the mouse and keyboard and study the screen in every detail in a regular pattern of scanning and note what is there. Think through it. Eventually it will dawn on you what to do. Well, at least if it is a good UI.

Great feedback about additions to the manual; I’ll add that into the hopper, along with some of the suggestions for Forge with Friends improvements.

I’m looking for updates on this… I just received my first friend-submitted job, and was surprised to see that I couldn’t access his work on my dashboard. Does he really have to hit PRINT from his house, call me on the telephoney-thingy, and ask me to press the button? Seems a bit complicated, compared to just letting me run his job for him.

I had uploaded older drafts of these pieces in my own dashboard, but my friend just could not grasp any of the concepts until he got into GFUI himself. So we started working asynchronously, and it’s rather a letdown to think that we’re going to have to coordinate on actual print.

Someone had to physically press the button to start a print. I don’t know about you - but I wouldn’t want my laser just starting up and running without my approval to do so.

No, he absolutely should not be able to start a job without notifying the owner. I have to press that button to prove I’m physically colocated with the machine, and the same goes for any other account.

The accounts aren’t 100% separate. The system knows that I’m primary on Fun Size Death Star, it knows that I invited Brian, and it knows that Brian is a guest on FSDS. It’s not unreasonable to expect that the inviter should see the invitee’s stuff.

In addition to my earlier complaint about needless coordination, this also means that the guest is going to have to enter settings himself. But I have to determine the settings, and I should have final say on the submission. Yes, I have to hit the button, but right now I can’t tell if the guest has done something silly that will set the substrate on fire half an hour into the print.

(And now that we’re coordinating, it’s telling him he has an invalid invitation token … sigh…)

@kexline, it’s great to hear about how you’re using this. The key use case we designed around was multiple people sharing a Glowforge who were in a space together, not what you’re doing - so you’re learning lots of things that we could use to help improve. Thanks for sharing!

I hope they would think about multiple use cases for this. In my case, I access the Glowforge at a makerspace and I don’t really want people to be able to see my project. There are a lot of people with accounts on this one machine and I don’t know most of them. Also, we’re not (or we shouldn’t be) sending things to start unless we’re there to press the button ourselves.

It would be nice to have basic info on a job that’s running, though. I’m always afraid that I’m going to impact someone else’s job when I log in remotely, although realistically I would hope that’s not possible. I’m not going to find out.

Slightly different, but I was in the makerspace MINDING MY OWN BUSINESS and had just started a print, when a large spider wandered out from who knows where toward the mouse. I panicked and smooshed him with a piece of scrap wood, but caught the mouse in the process and reloaded the browser window. If I recall, it didn’t turn out all that well… 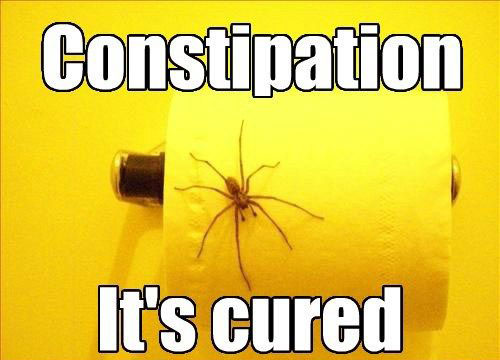