Well, I guess technically it was an arachnid. 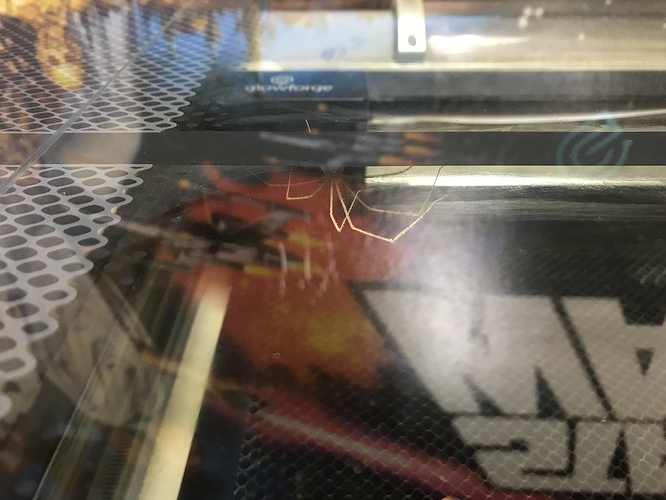 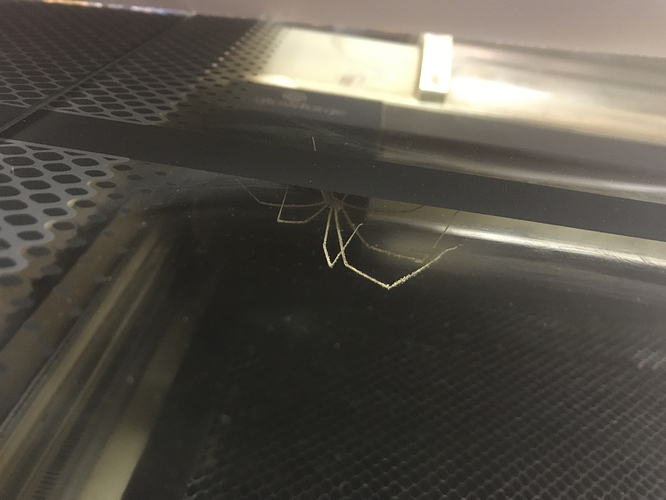 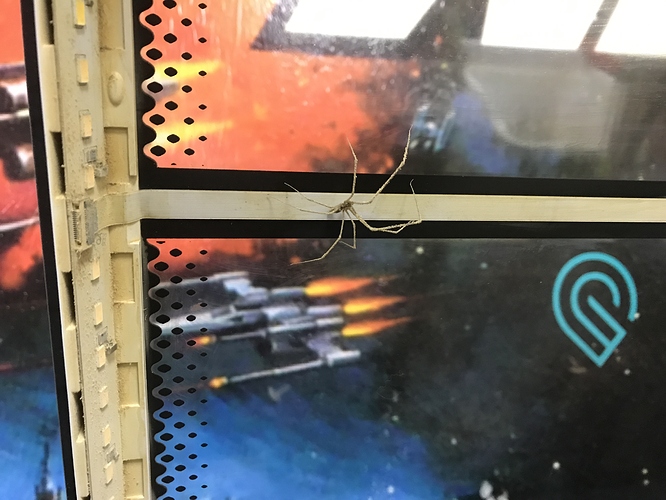 So when are you going to brand it ?

in any case it might not actually be a spider(Araneae) but an Opiliones that is an order containing only them, though there are spiders that are very hard to tell from them.

Time to examine that flap on the exhaust.

It looks like it’s been living in there for a little and has cutting debris on it. That or the “hairs” on it’s legs are really big.

I think you’re right, he is a dusty looking fellow.
It needs something to eat, the plan is to attack that head that sweeps around next time it moves.

Eek! what if he was on the fan blade and you turned it on? Bugs coming in the vent normal?

Bugs coming in the vent normal?

Maybe it shipped in with the unit?

I’ve had my GF for almost a year and a half so… doubtful.

Poor bugger. I bet it felt like he was in some space battle in a Star Wars movie when the laser fired.

Yike! It freaked out this arachnophobe.

Dun Dee said it best.
Call that a spider!? THIS is a spider !!

Not going to watch that…it’s probably going to cause me distress.

Oh man, the Tarantula Wasp would have a field day with that spider. They paralyze the spider, drag it to their nest, burrow inside then lay eggs in it. The eggs then feed on the spider from the inside until they hatch and emerge.

And it hurts like a mother when you’re on a bike or motorcycle and get hit in the face by one of them.

I could have gone all day without knowing that.

A friend of mine raced motorcycles in college and said that he did not realize how fast 150 MPH was until a cicada hit his helmet during one race. Gave him a sore neck from his head going back.