While I appreciate the useful ability to have objects grouped when uploaded to the GFI is great, why is it automatic? How do I NOT group things? Thanks GF now how the hell am I supposed to upload 12 different items and arrange/resize them how I need them without the ability to ungroup? I can tell already that this is going to be a HUGE time saver with me and everyone else having to upload each and every item individually just so it doesn’t group

I searched the community, but only found pleas for the feature ¯_(ツ)_/¯

Use an artboard which has been sized to match the maximum cutting area of your Glowforge, and make all of your size adjustments before saving and uploading.

FYI, there is two types of grouping GFUI does.

One is based on color and only affects cut/engrave settings.
Different colors allow you to cut/engrave them differently.

The other is grouping for positioning, resizing, etc.
This is based on whether things are enclosed, touching, and other voodoo magic =P

However, sometimes I’ll think things are grouped in the second sense, because when you first upload your artwork everything is selected together. But if you click around you’ll realize you can select and move smaller pieces of the file you uploaded.

why aren’t you sizing and orienting your parts before uploading.

That’s hard to do when you’re using partial sheets of materials. That’s always when this bites me.

Having the different design elements in different colors all grouped allowed me to just ignore everything except the one I wanted, and just position the whole bunch with the element in focus positioned where I wanted it.

Because it’s easier for me to do it in the GFI. I’m trying to engrave some spoons for a customer, uploading everything, turning, and resizing in the GFI is easier than figuring out all the measurements needed to fit each spoon and it’s position. If it were a blank project I’d agree with you 100 %

These are phrases. But, it is an SVG file which I guess is now a shape of some sort

I’ve done that before also, but I don’t think it would work in this situation without some changes to the bed area. example - 4 spoons instead of 12

measurements needed to fit each spoon and it’s position

I imagine you might need a jig of some sort to get the alignment right on the spoons anyway, yes?

If you wanna screenshot your GFUI to give us a better sense of what you’re trying to do, you might get some good advice.

That’s how it always was for me, but today it said I had a lot of elements and they’ve been grouped. I went back and selected 12 from all over the file, copy/pasted to a new document, and then exported again. It again said the items were grouped. I tried to move one and they all move 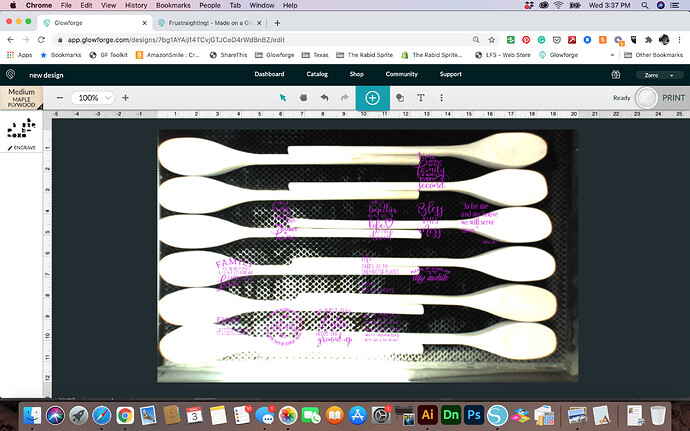 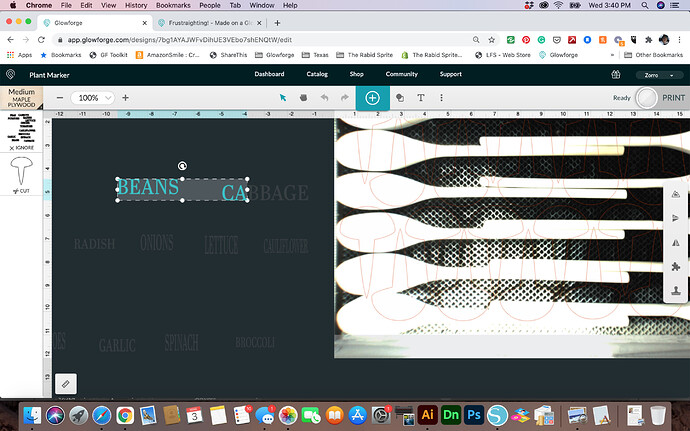 I agree it looks like that but it’s not magic, but math and science

As I understand it (I reserve the right to be mistaken, correct me if I am):

I tested the limit in February 2020 since Glowforge wouldn’t tell us, it seems that it was 200. As in it doesn’t automatically group in the UI if it is up to and including 200 hull groups.

Now let me add some complexity to them and see if that changes things.

I doubled the complexity of the inclusions (added more “1’s”) and it still didn’t automatically group, so it does appear to be grouping only based on “how many overlapping hull path groups do you have?”

So, that’s that. I really don’t like the grouping feature, but from what I gather it’s a performance thing.

just position the whole bunch with the element in focus positioned where I wanted it.

This doesn’t always work with the type of grouping we’re talking about. Once it gets grouped by the auto hull count threshold, it’s all considered one giant object. If any part of your group is outside the cuttable area, you’re sunk.

And as for this:

Because it’s easier for me to do it in the GFI.

I suspect that there are workflows that would be great for you in external design software, what you’re describing seems very simple for me to do in Inkscape, but IDK. The bottom line is that you should be able to do this without it grouping in the UI, because The grouping feature is pure evil in a bucket.

On the other hand, if you did it in the external program and then combined your paths as appropriate, you would be far below the 200 hull group limit and this would probably not automatically group on you.

I use Adobe Illustrator for the majority of my stuff. Everything I do with it is self-taught mainly from youtube and lots of searching for the name of the tool or feature I’m looking for

lol. I’m not a scientific type (not that I don’t want to be

lol) so much of that stuff is hard to understand when you don’t know what something else is. Geesh I can’t even figure out a mitered corner (true story

lol). I do have a better understanding than I did before. And will try some other things

Thank you for your help and explanations

I’m wondering if you uploaded the shapes as a separate design from the words whether you’d get under the Not grouped (200 stars) threshold that @evansd2 noted. Also if you Combine/Union your words each one would be only 1 element instead of 1 element per letter…worth a shot!

the words were grouped, I ungrouped them and exported again, it didn’t change anything. I tried a PNG file and it still grouped them. I did find a fix though 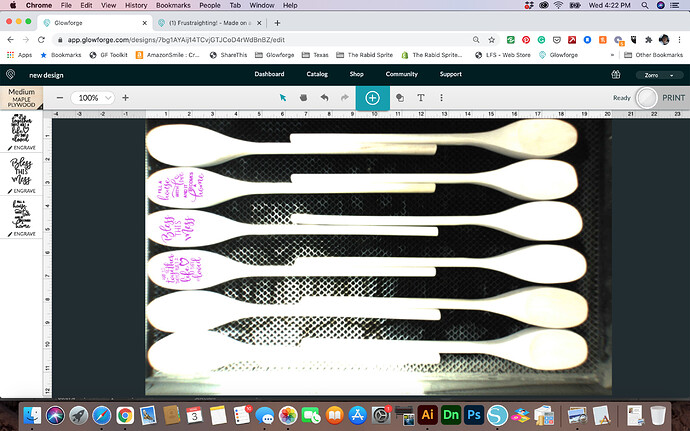 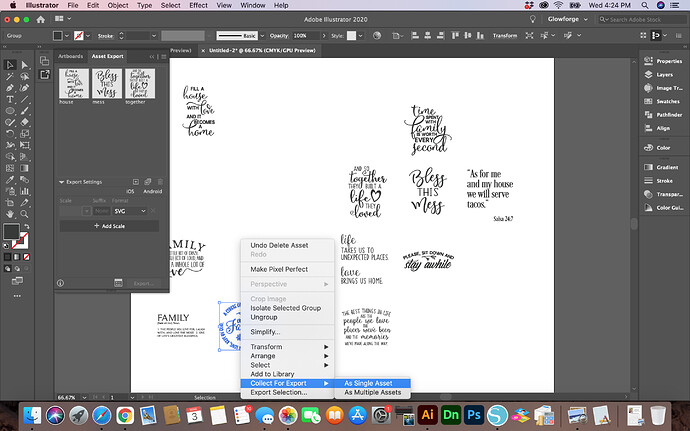 Grouping and combining are very different things. Grouping is just a visual overlay - combine is a boolean command that literally makes it one object.

yeah I haven’t played with those things much yet. I can play with pathfinder in AI. thank you for the tip