Yesterday we finished up a session of one of my favorite games, Viticulture, with the “Tuscany” expansion I received for XMas. I found myself wishing that everything would fit in one box. Glowforge to the rescue!

I have been loving the box maker at http://www.festi.info/boxes.py/TypeTray
Designing inserts to better fit game components seems to be very relaxing for me for some reason. Lots of math and measuring clears the mind. 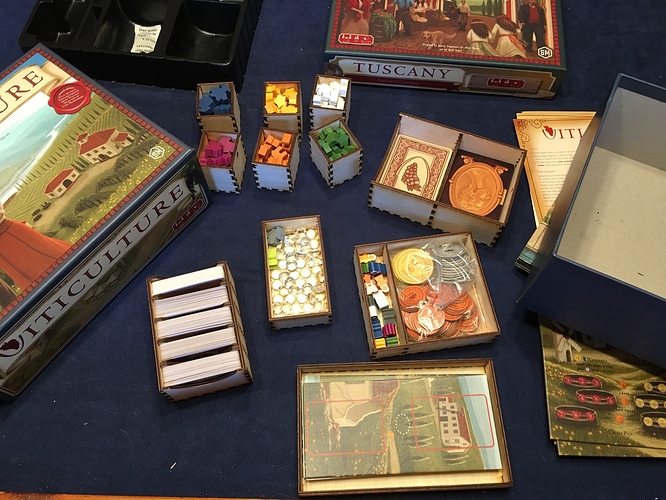 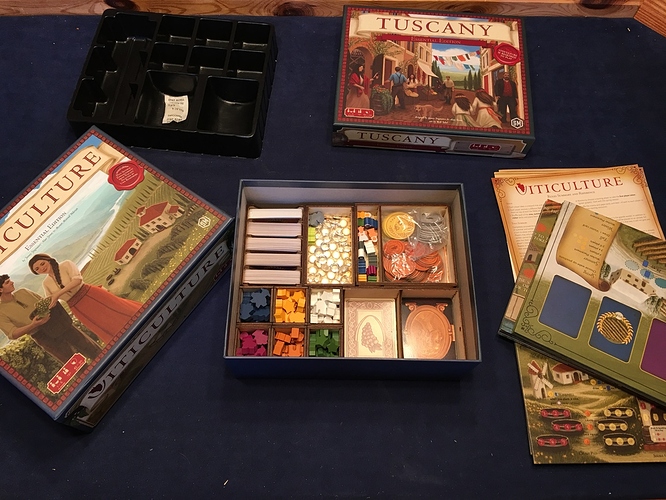 Everything now fits neatly in one box, which has allowed me to ditch the annoying plastic insert the game came with, as well as the second box.

That is great. Something I want to spend time on as well. Getting rid of extra boxes so I can get more games.

This is one of the games that I had near the top of my list to make an insert for to free up some shelf space!
Great work with it!

If you want a head start, I’m happy to send you the files. There’s a few things I would do differently though (lessons learned, like make sure you leave holes to get the big cards out of their boxes).

This is amazing - we’ve been talking about what we’re going to make first and game box inserts is at the top of the list! (And some wooden boards/parts for Whistle Stop, The Quest for El Dorado, the required Catan, and Viral, oh and Yamatai, and probably a whole bunch more too!)

We got the Tuscany

expansion before Christmas and it really expands the play options! I think we’ll have to look at combining boxes now too to make more space in the closet that’s currently overflowing with 140 games, thanks for the idea!

We’re in the same boat! I have to clear up some space before I’m allowed to buy anymore games

I really want to experiment with creating more boards and parts also. We recently forged some player boards for Terraforming Mars that have made it so much more enjoyable to play.

That would be fantastic! I haven’t found the time to do any on the Glowforge yet, though I’ve made a few from foamcore that I need to draw up so they look much cleaner. I’m pushing 700 games/expansions that I need to consolidate to have room for more!

Sure - there’s some details/files here: 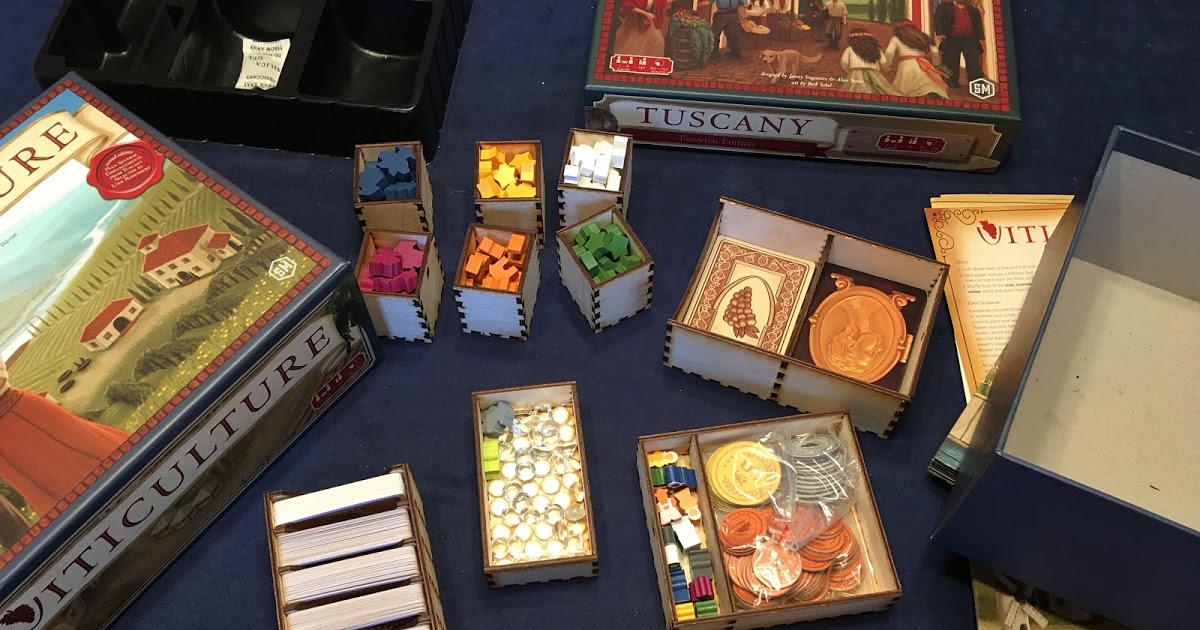 Yesterday we finished up a session of one of my favorite games, Viticulture, with the “Tuscany” expansion I received for XMas. I found myse...

Print out the meeple one 6 times. And as I said earlier, there are definitely some things I would change/improve…

Awesome! and Thanks! for the link share. For some stupid reason I use the box files a lot and considered tweaking those files to make trays. Never occurred to me to look for, or even notice the tray link to actually make trays.

Thanks for the file share too. I’ll be using it as well.

I was kind of doing the opposite - I still haven’t figured out how to make normal boxes without lids using that site, so I was using the tray function without actually adding any trays. (or https://makeabox.io/ )

Nice job! I bookmarked that box maker for future use!

Can you share the files for Terraforming Mars? I found one on Thingiverse, but the file scaled to 1/2 size when I try to load into the GF interface. Since there’s no way to scale by a specific amount in the interface that I know about, I tried importing the ai file into Inkscape, but for some reason the cut lines didn’t import. Really frustrated.

Sure - added the links here 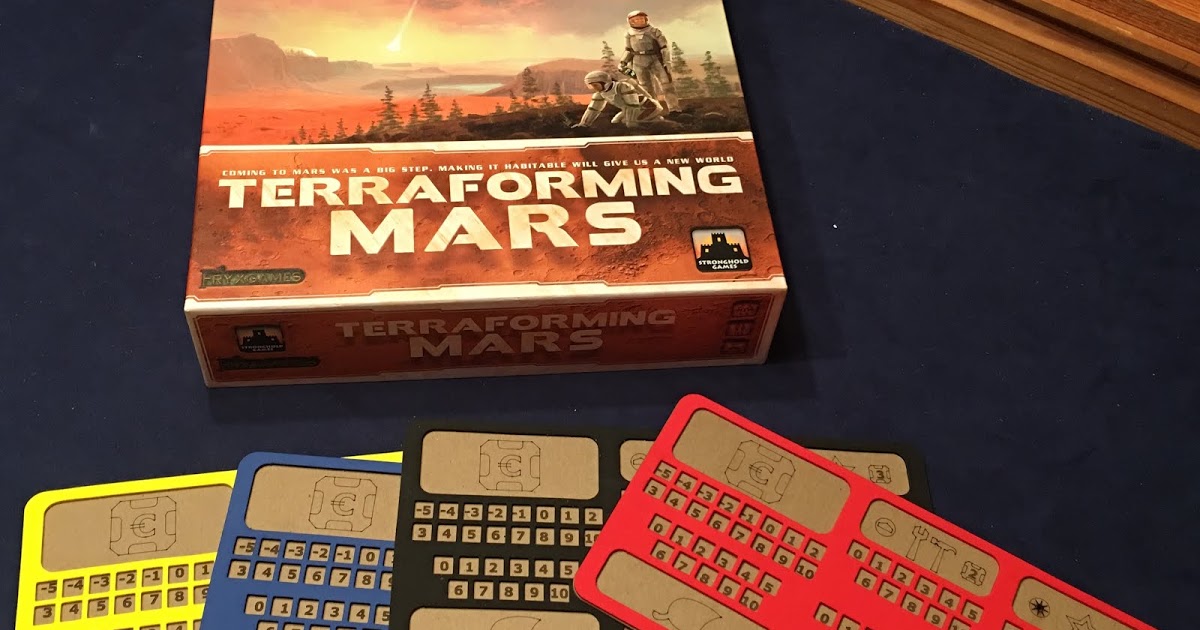 This was a design we found on Thingiverse , very quick and easy make with draftboard and EVA foam. Makes the game so much easier to play, si...