A couple of stats: 360 faces, 540 connectors, 2.5 hours of weeding, two sore thumbs, a terrible case of laserfingers, and all my patience later: 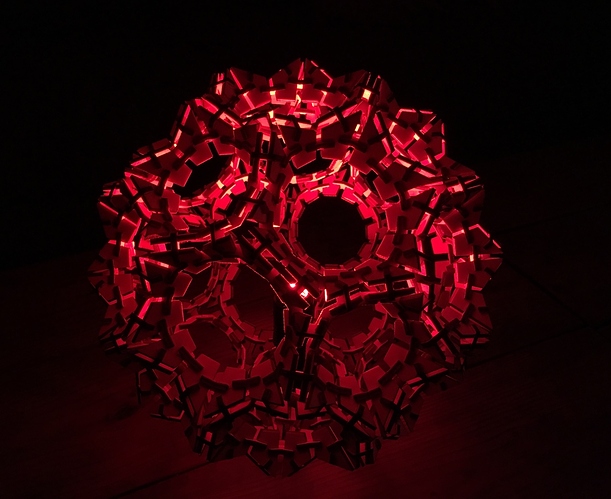 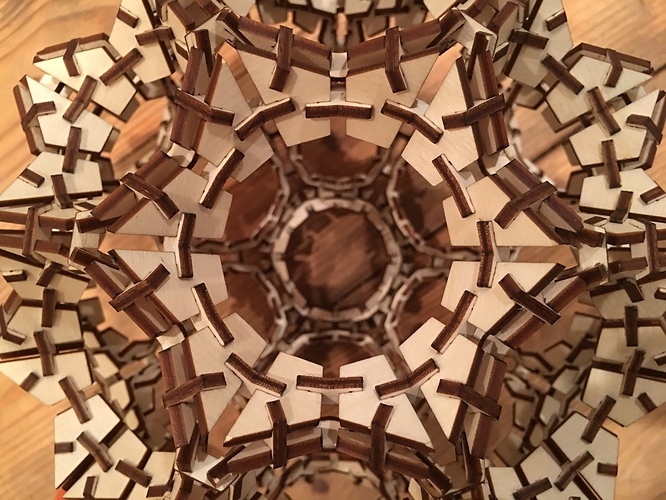 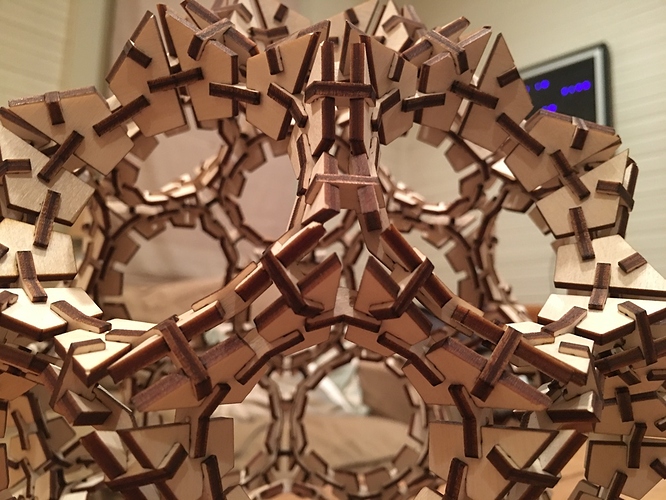 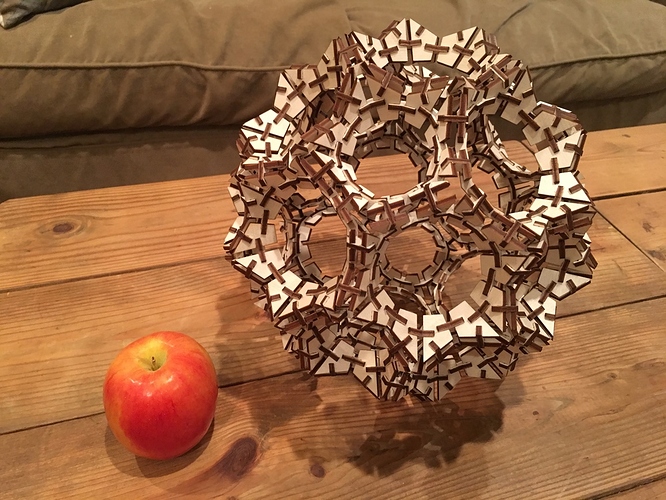 Bonus shadows on the walls and ceiling from the red light: 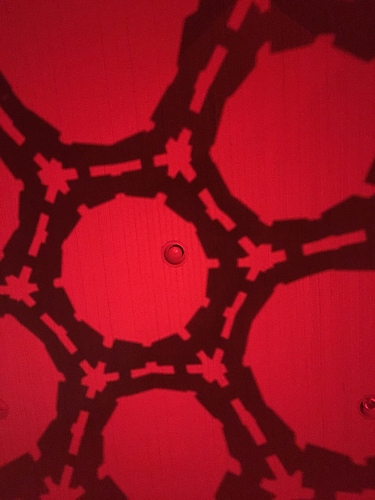 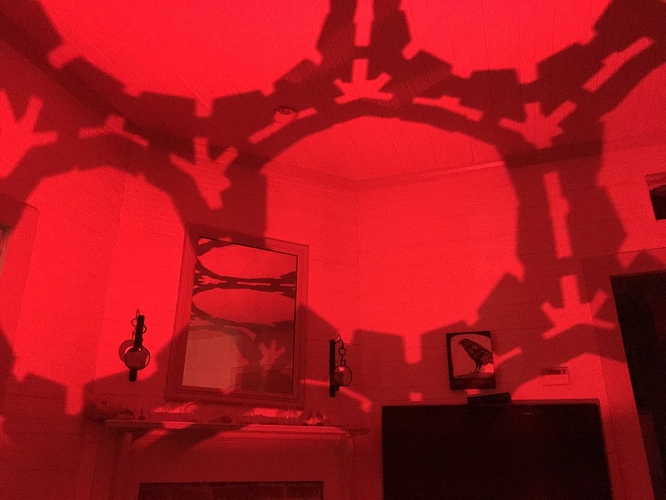 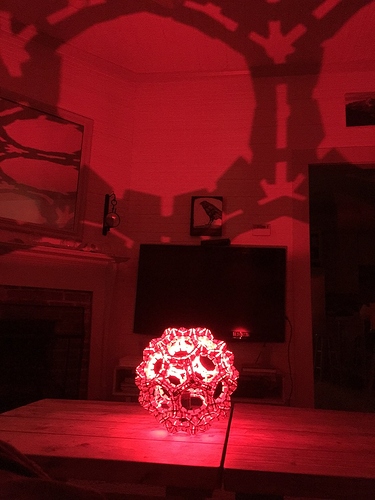 Mind boggling. I can’t even begin to envision how that is assembled.

Wow, it not only looks stunning, but the reflections on the wall are astonishing too!

Awesome… I wonder how it’d look in acrylic.

Holy smokes! What a labor of love. To me it looks kind of Moorish in style.

Looks like a giant diatom. In a geometric organic way. Very cool!

Funny you mention diatoms. I’ve been making geometric things like this for a few years, first with cardstock on my cricut, and now with ply. I’ve always called them “creatures” for that reason.

Actually figured you’d say that, I just wanted to put ideas in your head and see how long it’d take before you gave in and did it anyway. Because I think it’d look awesome.

I though about making only the connectors clear, but decided against it, due to scale. I wasn’t sure acrylic would have enough flex to handle the build process.

As it stands this took 2.5 very tightly packed (probably 95% +/- usage) sheets of birch ply. I’m not sure I have enough acrylic laying around to even make just the connectors, which were one full sheet by themselves.

There was a discussion of what to cut out of all the tiny pieces of scrap after a few months of making other things and that would certainly be a winner! A finger saving alternative is to put all the pieces in a box and tell the kids it is a new puzzle

or sell them as a puzzle with “some assembly required” really stunning result. mirror, as well as colored acrylic, would be amazing.

2.5 hours of weeding, two sore thumbs, a terrible case of laserfingers, and all my patience later

…I decided a no mask, smoke-enhanced look is a valid artistic choice.

I am blown away! Crazy that it took you that long to weed everything, but seeing all of the pieces, I guess that’s about right. Just go at it with some picks?

I found that just rolling my thumbs over the corners would lift it up and let me peel it. There was just … hmm 540 + 360 pieces times 2 faces = 1800 pieces of masking to remove, more or less. Fiddly, mind-numbing work. Normally I wouldn’t mask, and go with the natural look, but this is my hero model, and I’ll likely take proper pictures of it at some point if I decide to sell them as a kit. I knew it would be a long build, so I only wanted to do it once, and thus, masking. Eesh.

If you do decide to sell the plans I’d be interested in grabbing them up. If only to make it in acrylic for the oohs and aaahs.