Stumbled across this on kick starter. I think I just went up. Interesting design. Not the best video or sales pitch, but just cool looking. I am not sure how to play or anything, but it does have a bit of a steam punk feel in my head. 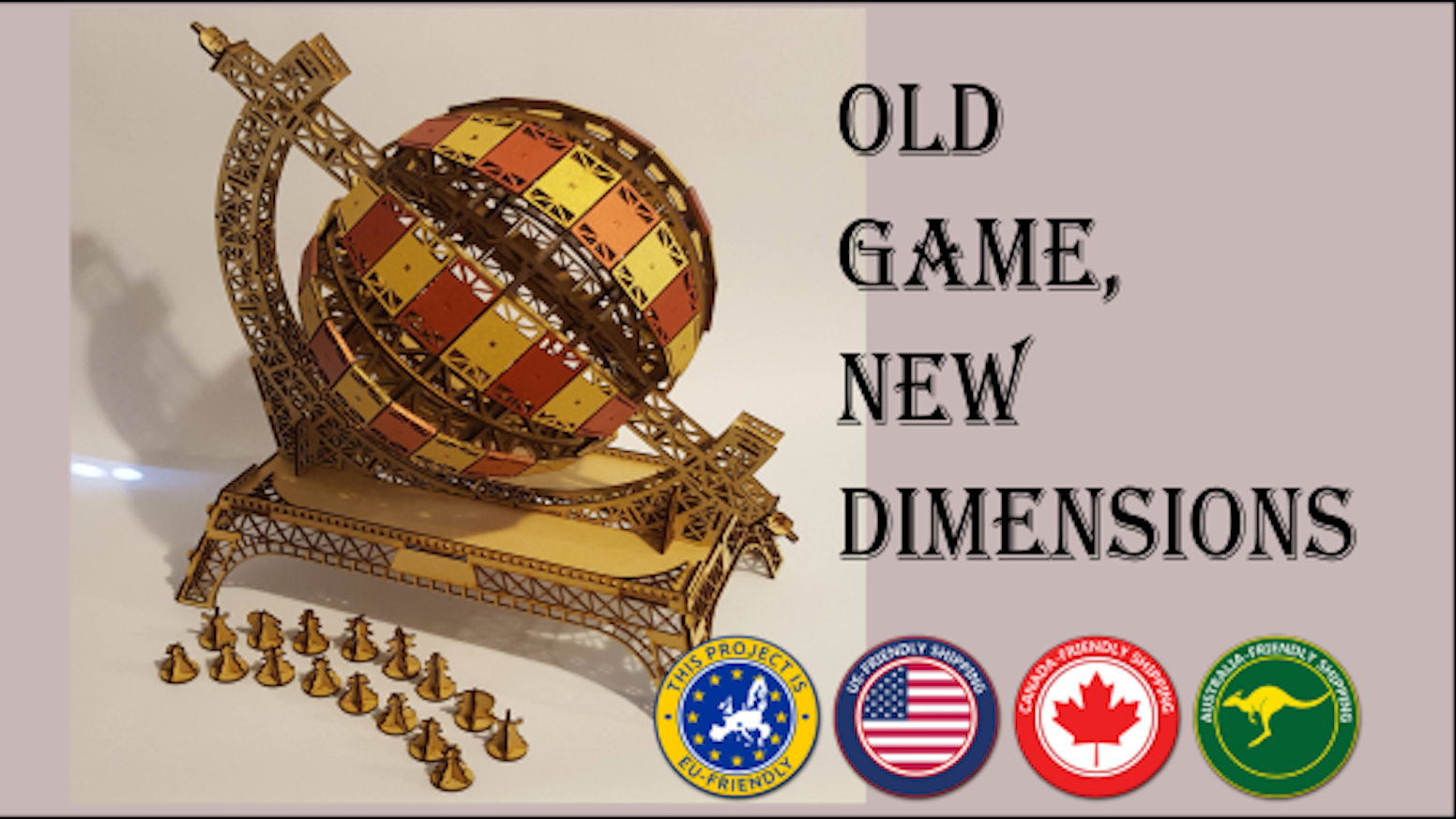 Laser Cut, 3D Chess game, the Chess board is a rotating globe, so you can play all around, and attack your opponent from behind.

My son is getting into Chess a lot. He is still at the point where I can win him some of the time but he is definitely getting better… soon he will be able to win me almost every time. I think if I played him on something like this chess globe it might throw him off a little.

Either that or it would give me a headache from trying to figure out what is going on.

This really is cool even without being a chess set. Thanks again for sharing @jordanloshinsky

I would probably add really strong magnets to all the pieces as well as the tiles.

That is too cool. I’ve collected quite a few chess boards over the years. I think that one will be added to my collection

Video later on the page actually shows some gameplay. Looks like normal chess where you can wrap around the sides of the board. Kinda nifty, and being on the globe instead of flat makes it potentially harder to notice when pieces are in danger.

Though for some people possibly the mental effort of wrapping the flat board moves would be just as hard to deal with.

EDIT: Looks like the guy has run ONE other kickstarter… for exactly this same thing. Only had a single actual backer then, with a goal of $9k. Now his goal is about $7k, and he still hasn’t learned the need to market

Who cares about the chess; I just want the base, the jib and the globe! Wowie.

I’ll look forward to see what you come up with. I’m working on a unique chess board design but haven’t come up with any good motivation for a chess set to fit my style that I can make on a laser…