Anyone have advice for a Glowforge and toddlers? A friend has offered laser space, but it comes with two toddlers, including a teeny Houdini, who, if you tell him not to touch something, will become instantly entranced and absolutely HAVE TO TOUCH IT. I can only imagine what would happen if I bring in a large mysterious machine with a prominent button on it and tell him not to touch. It’s just food for insatiable toddler curiosity. Personally I’m not used to toddlers or lasers, so I’m not entirely sure what I might be risking by combining them, but it doesn’t sound good. (cut to visions of fire and toddler hanging from curtains) Ok, now I’m rethinking this entirely. Do you have a teeny Houdini in your Glowforge space? How do you protect a laser from tiny barbarians, and vice versa? Are the safety features in the Glowforge enough? Note: these tiny barbarians also have older siblings who are cheeky and tech-enabled enough to, say, download an app and attempt to laser something when mom is cooking dinner. Has anyone had any issues with this?

A good challenge would be to make a child-proof button guard. You might also consider a means of locking the lid down, or perhaps locking out the power when the machine is unsupervised.
Good Luck!

After pondering this a bit further, e.g. “Should I leave my laser with someone else’s children?”, I’m sticking with Nope.

I’d be more concerned that they could accidentally pull it over on themselves trying to get up to sit in the cool “kid-sized boat”…without seeing the table or whatever is being offered, I have to also agree that it’s not a great idea.

You’d be better off keeping it under your own control. You don’t want a tragedy to happen. (Really screws up friendships.)

Thank your friend, but you might want to pass on that one.

I think for most of us, the height of the Glowforge off the floor (on a table or cart) will make it unlikely that a “toddler” could reach the button without climbing onto something else first.

I have 19 months old twins, and they are not permitted in the area where the GF is located. However, when they shed their shackles as they age, it will be more difficult to confine them. When that happens, I will simply remove the power cord from the GF when it is not in use.

So while keeping the toddler safe is a good idea, don’t forget about the whole world is a playground approach to life any kid (or some fun adults) takes. So finding foreign objects inside the glowforge, personalization of the glowforge with your markers/paints/glues are a possibility. Which leads us to non-glowforge toddler hazards like CA glue if your assembling and finishing space are co-located with your laser. Most of us, although not all of us, know not to sneeze around embossing powder or decorate the floor with glitter glue, but I imagine these would hold an endless fascination for a youngin’.

I’m not saying it can’t be done, just that you have to look at the whole situation and mitigate the possibilities.

Unless it will have its own room with a giant padlock that’s a nope.

Behind a locked door.

While I think it’s great you’re thinking ahead, there are far more dangerous things in a home than a laser (refrigerator, front loading washing machine, the stove, the toilet, the tub, to name a few). Put it on a sturdy table above toddler height. Honestly, it doesn’t look particularly interesting from below. And you can’t use the laser without being able to log in, so no one can just download the app and use it. [Beyond all that… Presumably this family cares enough about their kids to also keep an eye on them as needed.]

I’d be more concerned about getting access to the laser without bugging the family AND the possibility of introducing toxic fumes into their home.

Ours lives on the floor in our office, totally accessible to the 25-month-old. We keep it covered when not in use, and it’s pretty darn boring when it’s off. When it’s on, obviously someone is there to make sure he stays a safe distance. Sometimes I let him press the big glowy button, but then we all stand back and “watch only, don’t touch”. He’s a good and pretty obedient kid, so YMMV.

I have nothing constructive to add but “teeny Houdini” made me laugh.

Just say NO. HELL NO. or any other brand or style of no you can muster up.

at a minimum something hard landing on the top of the glowforge will shatter that lid. then you are forgeless.

they manage to open the lid and yank something out. then what?

toddler can be quite resourceful when working to access the banned item of choice.

but the risk for damage to the forbidden fruit is far higher than you would imagine right up until the point it is damaged.

He and his sister will pull anything over and stand on it to reach what they want to. Last week they got 2 puzzles down from an upper shelf, spread hundreds of pieces across 3 rooms and ate some of them, causing total societal upheaval (or so you might have thought if you heard their mother). Later in the week they were among 4 children force-marched to a wall where they spent an afternoon Magic Erasing away a child-high masterpiece of marker scribbles. The refrigerator even has a lock on it thanks to teeny Houdini, who tends to wake up first and lay siege to any avocado that isn’t carefully hidden - or whatever else looks interesting, which is everything. Craft materials are a definite concern, and the kids are small and numerous.

Nope. Don’t do it. Maybe your teeny Houdini can connect with my Blind Houdini. I have a weimaraner that is blind and diabetic. However, she still manages to escape from her kennel on a regular basis. I call her the Blind Houdini. Sometimes she just busts out like the Kool Aid man. “OH YEAH!!!” She destroyed an expensive wood kennel by chewing her way out, then finally busing down the front door. But sometimes in her wire kennel, she wiggles her way though the cracks or breaks through any zip ties I’ve added. Nobody puts baby in the corner. Sorry for going off on a tangent, but I like your teeny Houdini reference. But as far as toddlers and the glowforge, no. 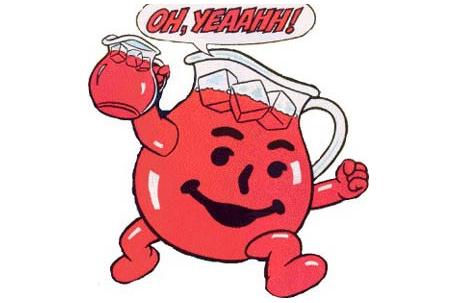 One kid – my own kid – is mostly no big deal but this… this does not sound compatible.

I am with @caribis2, If you are not talking about a Pro, all the safety features are pretty good, but the huge numbers of tiny edible looking crumbs, CA glue, the huge pile of scraps, many small or sharp, pulling heavy things on top of them, saws, magnets sanders or other machinery…

My guess is that a childproof workshop is an oxymoron.

Frankly, if these kids are that big of jerks at school while away from their parents, when most kids are better behaved for others, it’s a definite NO.

Sounds like the parents havent taught them to respect others’ property and they certainly are not being disciplined.

They’ll undoubtedly destroy your Glowforge and in this particular case, the kids’ safety isnt even the issue.

I’m sorry, I highly discourage you to act on your friends generosity if the toddler is the type you describe. Most of my friends kids and mine are older but the toddler memories serves me correctly that most would have been fine but 2 of them were similar to your tiny Houdini and I wouldnt trust them. The worst part was they were good kids with anyone but with the parents. Angels!

I don’t even bring my $250 Ray Bans into my Sister-In-Law’s house. You wanna bring your $2,500 laser? If you feel okay with that, go for it! You and I are clearly different people.

I’m not sure what makes us so different. I obviously haven’t done it yet, and I’m here asking about it because my spidey senses were telling me this could go very badly. The posts here have been pretty helpful at fleshing out exactly how and why I felt that way.