Hi,
I make the slate coasters on my glowforge but I have a Epilog 50watt at work and need to make them here since I’m doing a bunch and it would be faster. The problem I have is converting the right settings. On my Glowforge the settings are 1000/90/270 Vary Power.
On my Epilog I have different settings like speed will only go to 100% and power is 0-100%. I guess I can use 270 resolution but what is really killing me is that I don’t see a setting for Vary Power on the Epilog. Has anyone else tried to do the conversion to a CO2 and Vary Power? This is the image I’m trying to engrave, It calls for a slate coaster to be painted white first before engraving.
I hope someone came across this and can help.
Thanks, 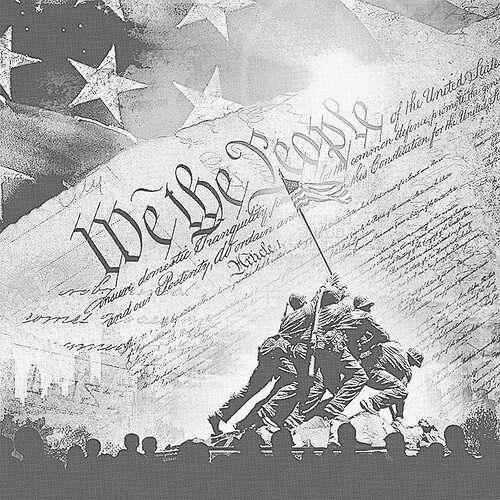 From the Epilog page, here are settings used for slate coasters. It is a place to start for your tests.

Thanks but I still to know about the Vary Power. I haven’t seen anything on their site.

I thought Stucki was similar. Honestly, an Epilog site is going to give you more info than here. Not that many Glowforge owners also have Epilogs.

Vary power is the wrong thing to use for that sort of image. The Glowforge will not give you a variable result but either make a mark or not, mostly not. The dithered dots are what let you see shades of gray where all the dots are the same only more or less crowded.

The image itself is dithered dot and that is what you need to use. I would use the highest LPI you can stand to wait for with the dot choice, for the best result going full power, and picking the speed that works best so you might want to test first.

Also your image needs to have a lot more contrast before you attempt to leave vary power behind. You’ll get all kinds of stray dots in your black space if it’s a grey shade. I’d look into using curves to ensure a proper full black level in your source image.

You’ll get all kinds of stray dots in your black space if it’s a grey shade.

That is how it works. As can be seen in the image it has done just that as the image lightens the dots are farther apart. Ideally you want separated dots even at the darkest, and enough dots in the lighter areas to define the area.
With very high LPI the dots get smaller as indeed the image has them very small.

As you can see there is a range of opinions about how to do images. For my part I do a lot of variable power to achieve a sculpted 3d relief in various woods, with images specially designed to work that way, but depending on the material the distance between barely scorched and charcoal is very short, while on stone it either makes a mark or it doesn’t so the variable power has little effect below a certain power and an effect if above making a very high contrast result. Each dot is full power so it makes a mark but it is the concentration that makes the tonal difference.