Heya, up until recently I found out that you could buy an external fan to help vent due to the GF weak and compromised air filtration/ventilation situations.

However I don’t think I did it right. I don’t know much about this kinda stuff as far as the technical stuff. But I want to do what I can and I have two questions.

I currently have a Cloudline T4 at max blast and the dust and smoke from my products (Mostly wood and veneer) still resides and doesn’t get filtered out. You can see my dirty gross Glowforge because of the poor ventilation. My GF is out of warranty and I want to fix this

This is my setup. 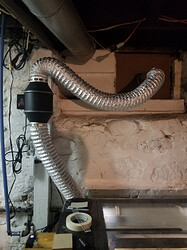 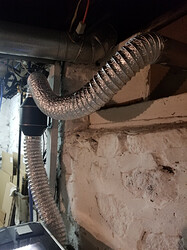 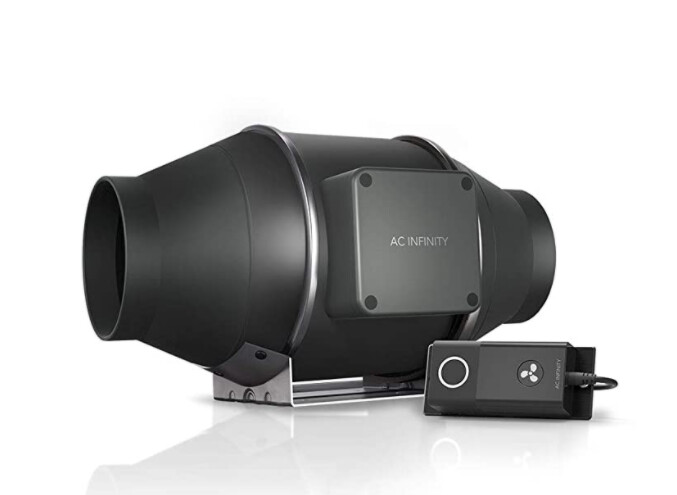 That is problem number one.

Problem or solution number two is I want to be able to have cleaner thinner cut lines. Everytime I cut the laser is somewhat fat that it cuases some delicate cuts to be “Thicker” I don’t know how else to say it. But it’s somewhat unattractive and I’ve seen some people have thinner results how is this done? yes my Air Assist fan is clean, any mods or anything I can do to help this?

This is what my laser projects look like when they cut. 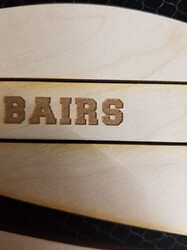 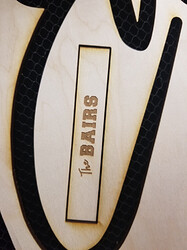 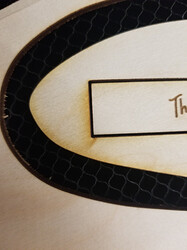 Cut lines:
(1) More power
(2) More speed - essentially go full power and up the speed until it doesn’t quite cut through, then back off a little bit.
(3) Make sure the fans on the head and carriage plate are clean - doesn’t change the line thickness but does change the scorching.
(4) Make sure you are using auto-focus
(5) Or, make sure you use manual focus (one of them might be better than the other)

EDIT: Cutting bits of your machine will void the warranty!

]As material is vaporized the smoke gets deposited everywhere in the machine. Lasers are dirty by nature. What needs to be clean is the beam path (two windows, the mirror, the focusing lens and the camera.
Eventually the exhaust fan grill needs cleaning.

fan to help vent due to the GF weak and compromised air filtration/ventilation situations.

The machine design is quite adequate, the operation can be compromised if there is an obstruction to airflow, which usually occurs when the exhaust fan grill gets full of ash and bits of masking.
Pull the vent hose off the back of the machine and look to see if the grill is clear. The grill can be cleared by poking the buildup with something to loosen it and vacuum it out from the back.

Including an inline fan in the exhaust run is a very popular mod because they are a fraction of the noise the fan in the machine makes. Turning off the internal exhaust fan makes working around the machine much more pleasant.

An innovation in the glowforge design is that it is completely self contained, not requiring an external fan or water pump and a bucket. That makes the laser very portable.
The machine’s 4 inch exhaust fan has to scream at 13,000 RPM to move enough air. In a shop environment a larger inline fan greatly reduces the noise.

For optimal performance the inline fan should be mounted as close to the building exit as possible because that way the vent line is under suction, and any leaks would be sucking air in. Any of the run that is downstream of the fan is pressurized so any leaks will be pushing smoke out. Make sense?

A thick cut line can result from an incorrect focus, or the focus lens in upsidedown. When reinserting the lens, “Cup goes Up”.

I love the cloudline fans I own. I actually started with the t6, https://amzn.to/3mohsOs, to increase air flow. I now use the T8, https://amzn.to/3rVjXsS, and it is a night a day difference. With the T8 I don’t smell anything, even acrylic, when at full power.

The second thing is that I have a 6 inch exhaust pipe going out of the house. This allows additional airflow. With a T6 or T8 you will have to expand the connection from the glowforge to the fan but when you then put it back to a 4 inch when leaving the fan you lose a lot of that power and airflow. 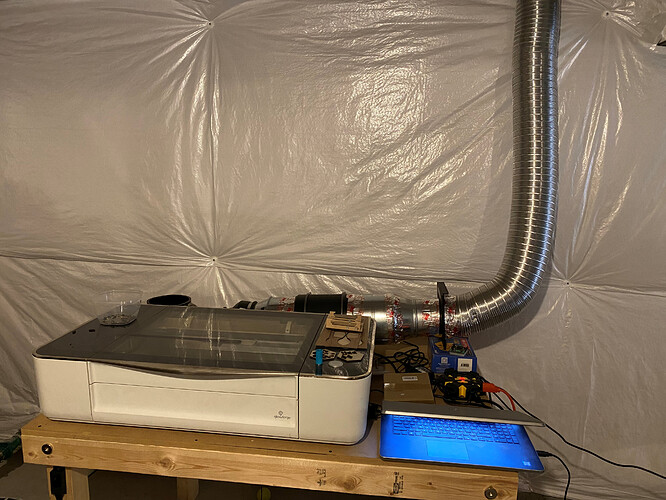 I also have blast gate installed after the fan. This allows me to somewhat control what comes down the pipe when the glowforge is not in use. Specifically I am trying to keep bugs out of my fan and glowforge. On the outside of the house I have a 6inch vent that has plastic pieces that close off the exhaust when not in use.

A variety of magnets… this is not recommended because it can mess with the fan and I am not sure what else but I have found that the really small magnets tend not to and hold down paper products very well. The only thing I use magnets on are paper and leather products. Not really a mod but a tool.

With that fan, if you’re still seeing smoke in your machine there is a blockage somewhere. Most commonly at the (turned off) internal exhaust fan, but also check your external fan, and the actual exit to the building. Somewhere you’ve got a blockage.

It looks like you’re also using a low-end dryer hose. Those have a lot of pin-holes in them. The best venting in the world won’t help if you have air escaping from the hose. Try upgrading to a better hose - plastic or a more solid metal.

If you do this, understand you may not be able to have your machine repaired by Glowforge in the future. I wish people would point this out when recommending alterations, since we’re all going to need new laser tubes eventually.

Also make sure your lens is in right-side up – getting it upside-down will cause thick lines like that. Cleaning the air assist fan might also help, since smoke in the beam could (theoretically, at least) cause dispersion and widening of the kerf.

I mean the Tube repair will be done by us anyway since Glowforge is going to charge us for Shipping + Tube repair + Other Labour stuff + So it never gets touched by a Glowforge technician right?

Nope, they don’t have a customer-installed solution yet. The $500 is for shipping it back to Glowforge for replacement.

I’m using the hose that came with the GF, do you have a recommendation?
I saw this one and was going to buy it after I cut it to add a link to my inline.

As far as the position of my fan, should I have in laying down behind the GF or is upright ok?
I’ll check the “blockage” once I get home, but yea I’m wanting to take care of the airflow sooner than later.

So they don’t charge you for a new tube? Or Labour, Just a flat 500 for shipping, repair and other stuff? No hidden or additional fees?

Have you had your tube replaced?

I have both a 4 in and a 6 In, I don’t really know how to utilize them, Should I have two or 1 is enough? Or should I sell the 6 in and get a 8 in? I don’t have a 8in exhaust situation to the outside of my house.

Which one makes sense? I don’t know much about this stuff so any help would be great !

So what you’re saying is lay the Cloudline flat on the the table behind the GF, and then hose it to the outside.

Put the Cloudline next to my window and a long hose to the GF?

Are you saying the closer the fan is to the window the better or no?

I haven’t had mine replaced, but yes, it’s $500 flat, including shipping and all.

Also, I’m going to move this discussion over to Beyond the Manual so we don’t get the FNLs riled up.

You want the hose to be as wide as possible for as long as possible.
Having gone from 4 to 8 you don’t want to go back down again.
The “ideal” is:
a) Very short 4 inch hose to 4 to 8 convertor
b) 8 inch hose to fan
c) 8 inch hose from fan to outside.

Personally I think having the fan as close to the machine as is reasonable helps too - but I don’t have a good reason for that, just that it seems that way to me.

However, if your GF is mucky then it’s a dead cert your biggest issue is the exhaust fan and/or grill are clogged up and need cleaning.

Holes in the hose after the fan don’t matter - that won’t stop the suction through the GF - but will make your work place smelly.

Also, just check you haven’t put something in the way of the intake fans on the bottom right. It looks OK in your picture. 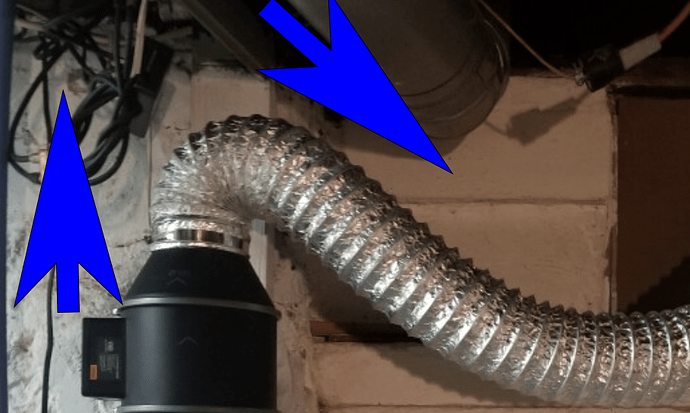 Big +1 to this. The big thing I noticed looking at your setup was just how long your venting tubes are.

I’d try to put the fan right in your little window space, pointing right out the hole.
Reduce the turns in your hose as much as possible, and put the fan as close to the exit as possible.

For the best results and least amount of leakage, alway place your fan at the end of the hose, not at the beginning or in the middle. That way all of the smoke and vapor is drawn out, not pushed out.