So, since I’m looking for work (QA and related hoo-haw), I checked out the Careers page and found this: http://blog.glowforge.com/at-glowforge-we-pay-for-diversity/

It made me wonder if there was an update for current percentages and if those goals are still true. I know wanting a diverse workforce and getting one are two different things. I did like the spirit behind this message, though. Working in Silicon Valley for ~20 years, I’ve valued a diverse workgroup that is often lacking - especially in management. (Let’s just say that the straight white male Stanford startup excels at creating a monoculture and leave it at that.)

So… did it work out? Did it create drama? I’d love an update since this isn’t a very common approach in tech companies.

Go check their About Us page: https://glowforge.com/about-us

It looks like they’re doing good and everybody I’ve encountered has been wonderful. Win for them and win for us!

I missed that page! That’s a really healthy mix. [To straight white guys that may be offended by this concept, it’s not about you. This is not a disapproval of your skills or personal value - in fact, you are just as valuable as the people on display here… and that’s the point.] As a gay [QA] guy that’s just turned 50, I’ve had my share of employment drama over the years, so it’s good to see this.

Good question. In my perception GF has taken efforts to diversify their staff, although I’m quite sure they didn’t allow that effort to compromise their need for the highest qualified people. That’s what sticks out. As far as culture, gender or LGBT - Glowforge is blind.

Women are well represented. A young lady electrical engineer by the name of Aeva springs to mind, she has her work represented on the Moon and Mars. How many straight white male engineers can say that? As I listen to my laser working away in my shop, I’m tickled to know she had a hand in it.

As a team, they shine. And I have it on good authority, this is how they feel about their customers… 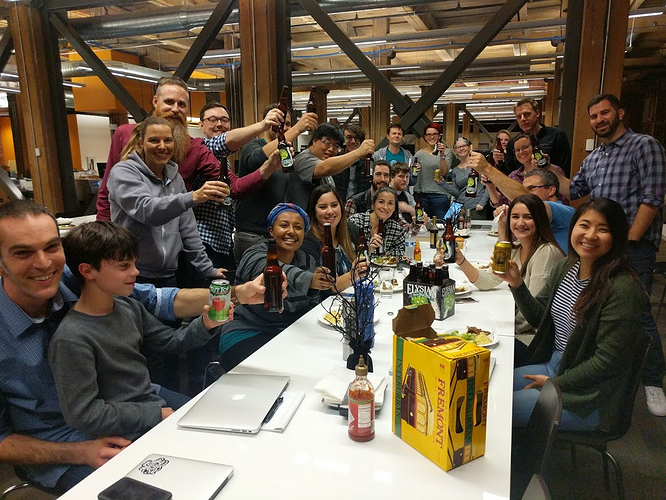 I can also attest to the fact that @Dan lives this idea in all he does. I was lucky enough to get him to speak at a conference nearly two years ago on innovation, and a few of the key concerns he had were about diversity mix in attendees, attendee safety, and all of the things that are critical for making conferences safe and good for all attendees, participants, and presenters.

While this was a great and mutually beneficial opportunity for both the conference and for Glowforge, I know that if Dan felt that anything was not up to his / the company’s standards, he would not have joined us and presented. (He was, by the way, one of the group’s favorite speakers from the entire conference.)

Working with Dan (and @Bailey) to get Dan to the conference and instill in them the confidence that everything was being handled properly - and that the company I work for was similarly aligned and places significant importance on diversity, safety, and the like only solidified that I had made a great decision in pre-ordering a Glowforge (though I was nowhere near the initial 30 day campaign) - and having my forge for the past several months - and all of the great dialog, interest, and learning in this community only serve to reinforce this on a daily basis.

So yes, they walk the walk as well as talking the talk.

Thank you Dan - and Glowforge - for all you do , and all you have done, and all that is yet to come!

As a team, they shine. And I have it on good authority, this is how they feel about their customers…

We drive them to drink?

Hahaha! I’m sure at some point that has been true…