I did a search but came up dry. If you have links it would be appreciated

It was either @jkopel or @henryhbk I think who made them. Don’t think they used the same name for them though.

I downloaded the files at the time but would have to dig around to find them.

There are these but they are not the same thing.

Edit: well crap, now I’m going to have to make some even parts dividers to go with the golden ration set.

Laser cut dividers Everything Else

Continuing the discussion from Laser Thursday and Hello! – Leather & Acrylic Wallet & Keychains: I figured I would start a new thread for this. I pretty much finished modeling @madebynick 's dividers in OnShape. https://cad.onshape.com/documents/a45d5972b68cacd491168973 It took me forever to figure out constraints for the two intersecting curved slots, but I finally found a setup that works. [image] I don’t have time right now to experiment with adjusting the curves or lengths, but anyone i…

There are these but they are not the same thing

Memory isn’t what it used to be

Memory isn’t what it used to be

Right there with you bro.

Nice calipers, and some even part dividers would be pretty good too!

“First I put the PDF into Inkscape, did some tracing”, I hope you used Trace Bitmap in Inkscape. Nice Project!

I hope you used Trace Bitmap in Inkscape.

Oh, I wish! I don’t know what was with that PDF, wouldn’t even open in Fusion 360, wouldn’t trace in Inkscape. Had to literally trace it out using the bezier tool then I put that relatively poor SVG into Fusion where I could clean things up nicely, then back to Inkscape for color codeing .

That was an epic topic. It is what got me hooked on Onshape. I made a chipboard copy of it, but never got around to the acrylic one.

Interesting to hear others workflow. Thanks

To be fair, I usually start in Fusion 360 but this particular project forced me to go back and forth.

I’ve been doing, Photoshop: export to SVG, then Inkscape with good results, for me anyway.

Wondering if this was your inspiration? The laser cutter sure makes it easy.

ondering if this was your inspiration?

Yes, exactly, I mentioned it in the free plans post but failed to here.

The laser cutter sure makes it easy.

Well after you have the file worked up! That is why I shared my iteration; not everyone should have to spend hours perfecting the file. Spend that time perfecting something else and share it. 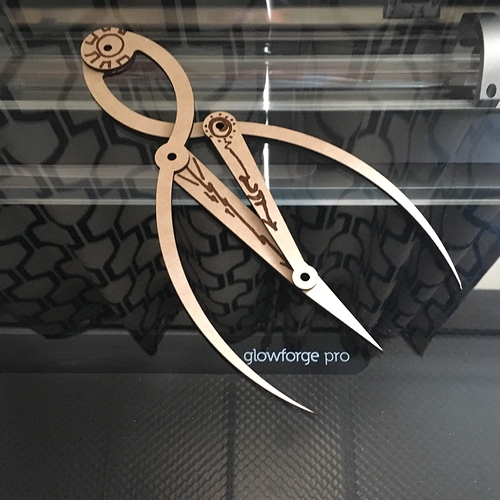 Oh, I like what you have done with it!

I’m just wondering if you ever checked these for accuracy because after I printed them exactly from your file, assembled with the correct size chicago screws, and they seem to be off by quite a bit: Measurement AB=4" BC=5.75" AC=9.75". That does not sound right to me.

I had not, but I got curious and checked. Yeah, they come in a little short consistently.
The actual ratio should be about 1.62, these are doing about 1.4-1.5.

Even though these are just for a SWAG* it is good to know this. Thanx.

If you need spot-on, I’d suggest, like any calipers, getting a good set that will run you $70-80.

I made my own, and added to your thread: Golden ratio calipers the plans 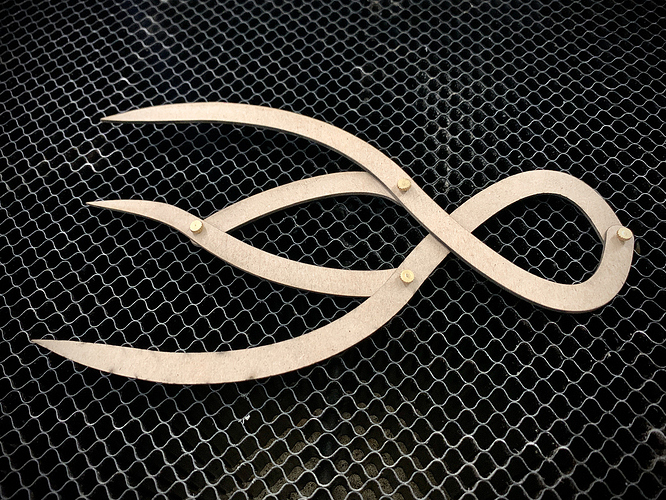