One of the great things about living in a city with of the highest concentrations of universities is there are some eclectic communities that spring up around them. In Cambridge MA right near MIT there is a very artsy neighborhood called Central Square (ironically neither) and smack dab in the middle is an art supply shop called Blick. The local area hosts a set of theaters, artists’ studios, design houses, etc and so have a very large array of art grade spray paints. There is an infamous alley about 50’ away that is spray paint alley where artists from all over come and paint and repaint the alley (just walking through it is enough aromatic hydrocarbons exposure to give you leukemia!)

So my current project is a set of working flight instruments for my son’s simulator (he’s an instructor/acrobatics pilot, hopefully soon to be an airline pilot), they’re all 3D printed and use arduino megas to power the control inputs and cheap LCD screens off eBay. The current 2 I am building I are a Garmin G-1000 GPS PFD (primary Flight Display) which has a basic black case (looks injection molded) so that’s trivial to produce (I print in black PLA and spray with matte black acrylic to give it the right sheen), but the second is a 737’s FMC (flight management computer). While there are many, many recent hiccups with Boeing in the last few years since they merged with MD, the iconic 737 was from the golden age of Boeing (fun trivia fact, did you know the original 737s were design to fly out of rough strips - there are some cool photos from the 60’s of 737s taking off with huge dust plumes behind them) Boeing has a standard design aesthetic for their cockpits. One can of course look up these design specs since Boeing has thousands of subcontractors who’s gear has to match. The color of all their panels is powder coat RAL 1100 Iron Gray (they also specify the white silk-screened letter colors/fonts, etc). Now what the heck is RAL you may ask (I sure did)? It is the modern German military color system (think Pantone with a lot of umlauts).

I walk into the store and say, hey I’m making a prop and the plans spec out RAL 1100 Iron Gray Matte. Nobody throws you through the plate glass window for asking for a paint match to a German military color, they simply called the prop paint expert up to the counter. Since it didn’t exact match to Pantone we had to get really close (in the EU you can order direct RAL paints btw) and this expert helped me pick the right color match. I am sure the folks on the forum who are air-brush experts would be horrified with buying off the shelf colors, but while I do own airbrushes and sufficient number of paints to mix it up, I’m doing a lot of surface area so would have to make a lot of consistent batches (plus it is a very, very specific color). The expert also recommended I change out the nozzle another advantage of art grade spray paints, and she recommended a grade 5 nozzle for spraying the panels with a consistent wide fan.

I painted up the screen bezel last night (need to do the night points in the highlight acrylic paint pen) and it looks really good. I highly recommend Blick if you’re in the area and need art grade paints for a project. I also got some silver rub n buff to add wear marks on the high points of the “metal” case.

The design is over https://www.737diysim.com/
For those of you who have never talked with Karl (@rodrigobrionesm you should check his site out, he’s amazing, he’s rotary wing, ex-RAF, but a really great guy, who just moved from Brunei to the UK). And is on YouTube at heli mech where he films all of his builds (he has a full 737 cockpit in his house - my wife would tell me to move in to it)

For those wondering what the heck a FMC looks like (the keyboard wiring is painful, the screen in my make is a 5” cheap 640x480 screen off eBay). Every button, light and screen will be simulated. Everyone of the buttons has a backlight LED inside the switch. The knobs are all either single or dual rotary encoders. 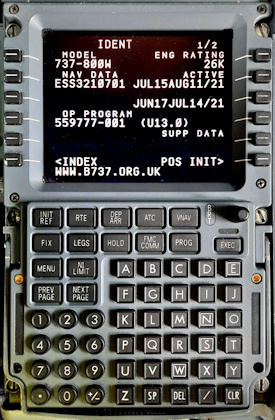 Info and screenshots from the many 737 FMC updates

Anyway just wanted to recommend Blick if you’re in the northeast and need high-end spray paint for a make, from staff that actually know what they’re talking about.

Thanks! We have the same store here in SoCal too. We go there to buy spray paints and other random idea supplies- like the silicone mold kit i still haven’t opened. It is good when i need something right now as opposed to waiting a couple days for Amazon.

Yeah! Blick has been my go to for pro supplies in SoCal, Atlanta and Chicago. Out west they gobbled up the Utrecht chain as well.

think Pantone with a lot of umlauts

This made me LOL

We don’t have a Blick storefront near me; I do go online and buy their supplies. Not too often, as I’m like a kid in a candy shop.

They are huge! Saw Blick for the first time when I was out in San Diego. it was after hours, but holy smokes the place is BIG!

got a bunch of their chipboard for fixtures for the GF.

There is a Blick retail store in Portland, OR, too.

I recently discovered that they carry the full line from Montana Cans, which is a good spray paint line.

Another cool thing about Blick online is that they give you the MSDS of everything they sell that has one available. The link is right there in the online catalog for each item. I wish all sellers would do that instead of hiding them in a separate section, or worse, requiring you to email them to get an MSDS.

Love it when this kind of thing happens! Thanks for the recommendation!