Having some fun with geometric patterns

I was looking around at some old Japanese patterns for inspiration and was a bit entranced by one I found that seems to be called asanoha. I’d definitely seen it before on different things and decided to see if I could come up with a good rendition of it for the laser. I started with a hexagon and then made some additional lines to section it up. 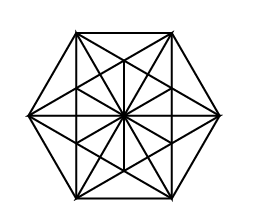 after that I traced out the triangles I wanted to work with as separate objects (green). 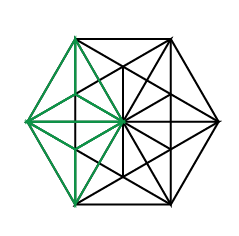 Then I took those and did an offset path (blue) and tiled it around to get the repeating pattern. 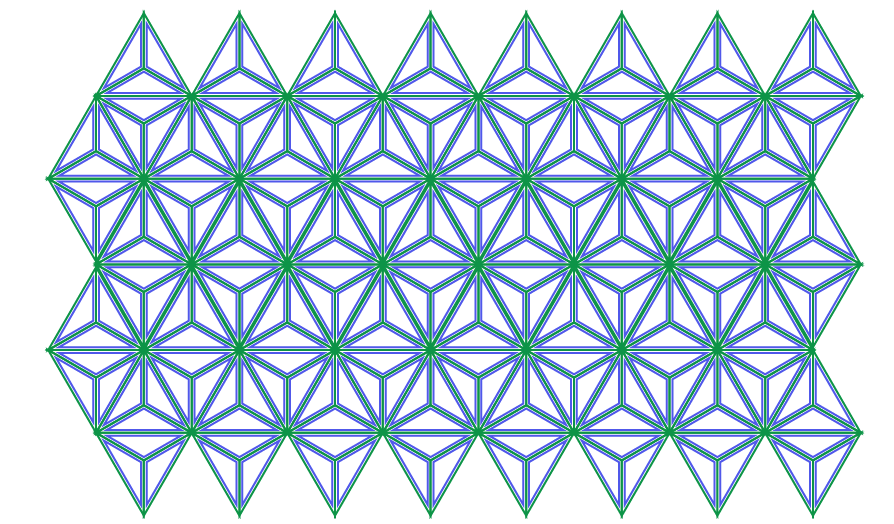 image.png894×524 51.5 KB
I kept the green lines in the file for now because it made it easy to snap to when copying the tiles, but set their object to ignore and just cut out the blue lines. This resulted in many tiny triangles in my tray 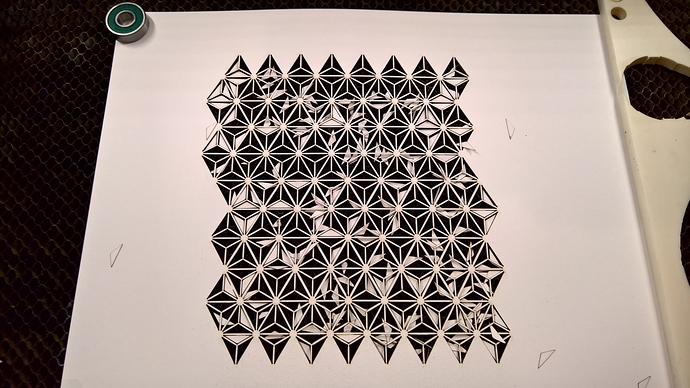 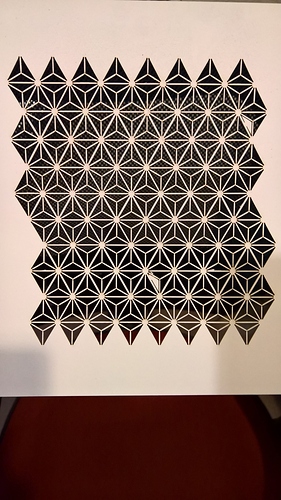 WP_20170425_21_58_16_Pro.jpg750×1332 345 KB
I think a couple of the cutouts blew in front of the laser preventing a couple of the triangles to cut properly so you’ll see they’re still attached. One of the tricky parts of working with lightweight material like cardstock

Very cool, and right up my alley!

What material is that? Sorry, I can’t quite tell…

Doh! Missed that part at the end of your post

It has an optical illusion effect for sure. Very cool!

Were there double cuts? Or did you remove the overlapping lines? If so, how?

Very cool! Glad to see someone doing more cardstock. Is there alot of burning on the back?

Thankfully, though, it’s nothing a bit of quick x-acto knife work can’t take care of. Or is that noticeable because of the lack of any amount of burning on the edge?

this has come up before, but one thing to think about is finding some heat-release adhesive; it should theoretically work pretty well on paper. traditionally spray adhesive works well in the laser, but for something so fine i’m afraid it would rip your design when you tried to remove it. the heat-release stuff works well, since you can just pop it in the oven for a little bit and pick it up with no stickiness after. i haven’t used it on something quite so fragile, though.

What a great idea for a screen. Very attractive .

Wow, it’s absolutely beautiful … you made it look so simple, too!

Love that pattern! It’s so clean and crisp! (That would make a great overlay for anything decorative.)

Those traditional Japanese patterns are amazing, it’s very cool to see how well your version engraved! I love those and want to experiment with very similar things. I used one on a playing card design a few years back as a very subtle background pattern. 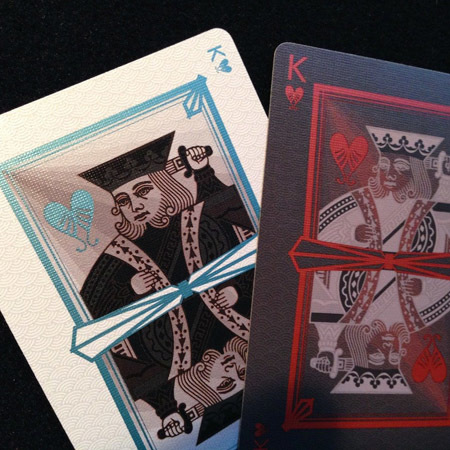 Ohh I really like this one, it explains perfectly why gravity curves time and space.

I think the ideal solution for cutting paper would be disabled air assist.
The unrealistic would be a vacuum table bed.
The low budget hack would maybe be double sided tape strips.

I somehow missed this yesterday. I love it!!! Thanks for the design explanation as well!

This is just great! I see what I’ll be googling for the evening. Thanks for sharing!

Lovely. I think you should spray mount that design onto coloured card, then frame it!

One of my favorite patterns! you should search sacred geometry lots of similar patterns that are very interesting