Hello everyone… Now I know that the subject of engraving a shape in adobe illustrator has been gone over in several posts and I have tried to no avail to duplicate those results and get glowforge to recognize a object as a engrave and not a cut. Stoke with no fill just is not working so what does? Here is the file any suggestions would be great. I know that I can use stroke, but stroke has a tendency to not do well on small prints like less detail or so it has been in my experiencewine11.ai (60.1 KB)

I have tried to no avail to duplicate those results and get glowforge to recognize a object as a engrave and not a cut. 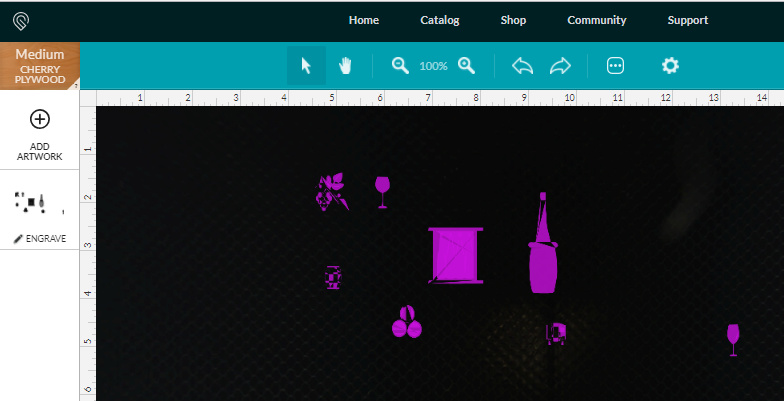 Btw, you may have some open paths in your AI file, judging from the oddly-filled triangles in the svg. As noted below, a fill with no stroke is your best option for engraving.

Fill with no stroke is what you are looking to do.

And keep in mind that regardless of the automatic choice made by the Glowforge software, in this case you should be able to override that choice and choose an engrave instead of a cut from the dropdown menu.

So the function you’re looking for in the GFUI is called “Score” which will “engrave” nice, fast outlines of your vectors.

Your other option is to convert to raster, then you can engrave just the outlines. 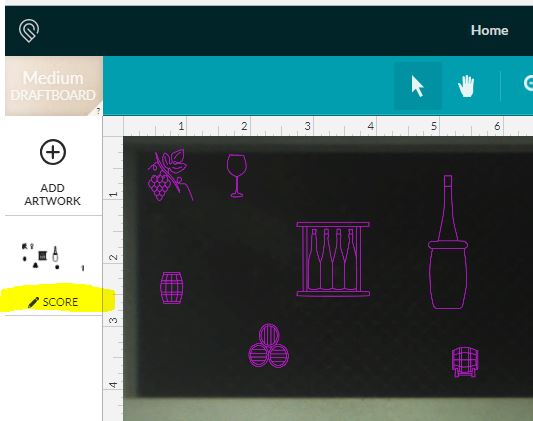 Yes you want either a stroked-object that you can score, which will be basically a laser-beam outline.

If you want a thicker line, you want to expand the stroke of an unfilled object, which will engrave line by line.