Hermione called about your SPEW donation 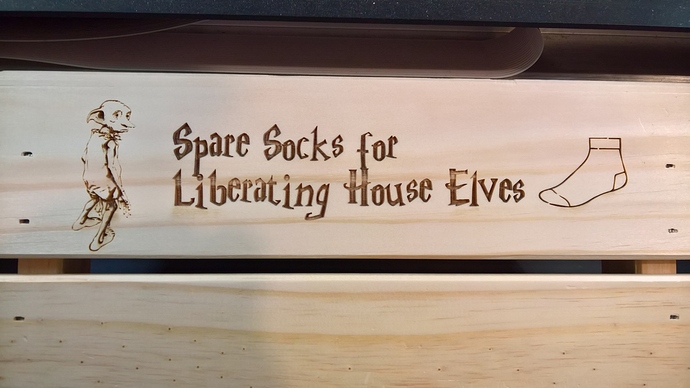 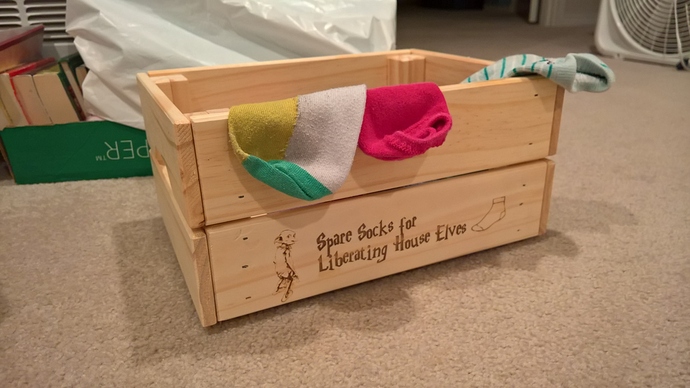 This is really just too cute! Almost makes me wish our kids were still young. There are grandchildren though!

Almost makes me wish our kids were still young.

If you like it, it’s good enough to do for yourself. Never mind the housemates.

If they like it, well, then the Glowforge is that much more valuable.

This is wonderful! These special little touches to ordinary things are a delightful use of the Forge.

Love it, but his left hand kinda looks like he’s letting his boys get some air.

Clever! If only your Glowforge could summon the missing socks

Too funny! I just keep putting lost socks back in the laundry until they reunite