More than a decade ago, I saw where Chinese archaeologists had discovered an abalone shell that when put in sunlight, created a hologram above it. Of course, no one has explained how a shell several thousand years old could do this. I have followed the subject due to my belief that holographic or multidimensional data storage was key to enabling future replicator technology. Now, it is taking substantial leaps forward. https://www.google.com/amp/s/themerkle.com/scientists-create-a-nano-hologram-visible-to-the-naked-eye/amp/

We can't yet send holographic videos to Obi-Wan Kenobi on our droid, but A*STAR researchers have got us a little bit closer by creating holograms from an array of silicon structures that work throughout the visible spectrum.

Saw Spiderman: Homecoming yesterday. Stark industries beat them to it!

man it’s been a while since i’ve read a bit of ‘news’ that managed to say so little while using so many words. 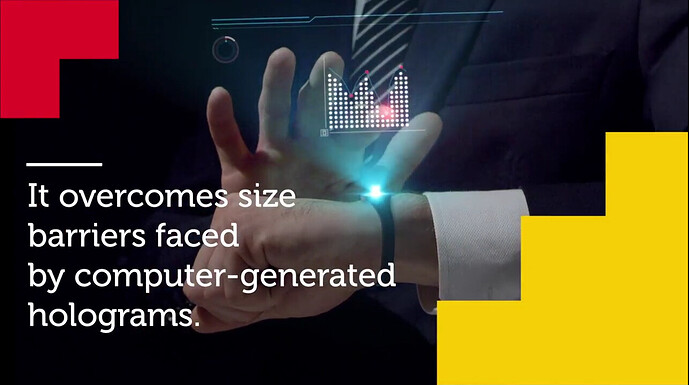 An Australian-Chinese research team has created the world's thinnest hologram, paving the way towards the integration of 3D holography into everyday electronics like smart phones, computers and TVs.

i mean, this is all interesting theoretical stuff, but we’re a very long way from something even like a frameless display, let alone what the normal public thinks of as a ‘hologram.’ some interesting work being done with plasma, though, especially since it creates a psuedo-tactile response.

Of course, no one has explained how a shell several thousand years old could do this.

I have followed the subject due to my belief that holographic or multidimensional data storage was key to enabling future replicator technology. Now, it is taking substantial leaps forward.

no. it’s not. and this sort of display tech has less than nothing to do with data storage, multidimensional anything, or replication. you’re basically talking about magic at that point (and spare me the clarke quote).

“How inappropriate to call this planet Earth when it is clearly Ocean.”

My friend, please note that I said “I believe”… You may disagree with that assertion, but that does not make you right. Similarly, neither does my belief make me right. The construction of microstructure nano antenna arrays, plasmonics, and plasmonics resonance all play integral roles in new data storage technologies, despite your assertions to the contrary.

Holographic memory storage has existed at least since the 1980s in lithium niobate crystals. They were estimated then to have an estimated storage capacity of 100 million gigabyte per cubic inch. One of the problems of early devices was loss of information where interference patterns within the crystal overlapped. The technology advanced a few years later when they were able to make thick slices of the crystal and stack them (with or without insulating layers in between). By doing this they were able to get redundancy in the data storage and retrieve the crossover point losses that occur in a single cube of crystal. As they have continued to push to thinner and thinner layers, thin film technologies became a possibilty, using the new science of plasmonics. This opened the door to many new material possibilities, other than just crystalline lithium niobate.

i didn’t say holographic memory storage wasn’t real, but you’re conflating a bunch of completely discrete technologies simply because they employ words like optical or holographic, and then tossing in a bunch of keywords that aren’t necessarily adding anything.

these are all steady little steps forward, and they’re neat, i just don’t see why we always have to leap to magical thinking like replicators to talk about it. the far more interesting potential for something like this is a thin watch that potentially broadcasts a display on your wrist.

Fair enough, I’m a dreamer. Visualization and idea reinforcement has always been key to my success. I like to think of the process I employ as programming the subconscious, whether that is actually the mechanism or not. In my experience, bringing seemingly unrelated concepts together or introducing those concepts to a broad array of people of vastly different skill sets, will often lead to “breakthrough” thinking, although it often is not in the same subject area. It is this dynamic process that is important, not any specific assertions. Thank you always for speaking up, or challenging me to be better.

bringing seemingly unrelated concepts together or introducing those concepts to a broad array of people of vastly different skill seto, will often lead to “breakthrough” thinking, although it often is not in the same subject area

I think that’s the heart of creativity. The experts in a field who know all there is to know about something specific will almost always be able to make incremental improvements in things by applying and refining what they already know. It’s the stuff coming in from “unrelated” fields that cause the truly creative breakthroughs that make us dope-slap our foreheads and say “why didn’t I think of that”.

Pet peeve of mine is that thinking requires more of a generalist approach to education & learning (& life experience) but we’re on a single-minded focused approach to specialization.

I will illustrate how a random comment by a non technical friend, led to a breakthrough. I was studying electrorheological materials for use in antilock braking. These materials are traditionally combos of a liquid like silicone oil and a solid like starch or silica, that when an electric field is applied, will get more viscous or thick. There are numerous problems with a commercial application of these combos to brakes. The biggest is that they require 2000 volts per mm of gap, exposing a mechanic to potentially lethal currents. Second, keeping a solid suspended in a liquid can be challenging in this application. Finally, even with high voltages, the magnitude of viscosity change required for any practical device was at least ten times too small. The breakthrough came when my friend simply suggested that I just use a liquid. Voila! An electrically induced phase change material was born. It went from about 20 cp viscosity to over 200,000 cp when 200 volts per mm was applied. I used a liquid polymer and added polarizable side groups which made the polymer solid again. Adding different side groups made it liquid again.

The breakthrough came when my friend simply suggested that I just use a liquid. Voila!

Great story. As specialists/experts we often are too close to the problem to see solutions that aren’t obvious because they’re not part of the problem so they’re not in our face. It’s the stranger looking over your shoulder when you’re playing solitaire who says “black jack on the red queen” and you groan because you’ve been staring at it for 15 minutes already

I try to avoid solving problems. Instead I look at the problem and see if there’s a way to eliminate it outright or change the input variables so there is no problem TO solve.

That should be posted on everyone’s desk

Good problem solutions include the elimination of potential for recurrence.

The really annoying thing about my day job is that most problems are one-offs. Not too much repetition in building design. Codes stay relatively static, but every building has a different set of requirements, site variables, etc. It’s a bit like building a ship during its maiden ocean voyage. It makes flexibility a valuable skill.

I should say OUR day jobs. This joint account is interesting. 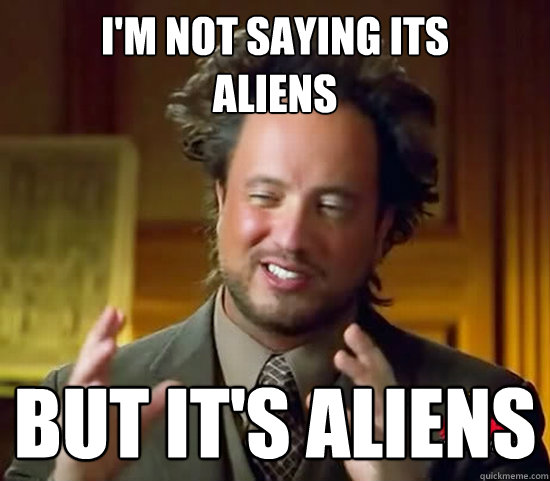 It is amazing how many things have been created because the creator didn’t know they were impossible according to the experts.

Reality has a way of shaming theory.