Inventables recently posted a few free designs on their blog, and this stood out for me as a good one to try lasering. It’s simple and functional, and still leaves you with the ability to customize it for some personal gift flair! Be sure to check out their other projects as well! 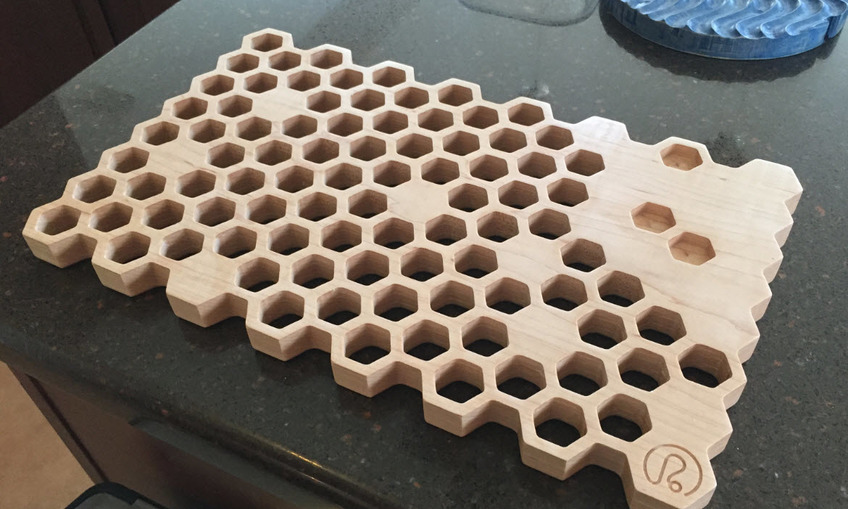 Hard maple trivet. 11" x 17" in honeycomb pattern. Made this as a wedding gift.

Yes, very nice! It’s 1/2" thick but sill might be doable with two-sided cutting.

you could cut two from 1/4" with a couple of dowel pin holes added and then laminate them.

I was on board until the “black bison wax” reference which was when I realized I still don’t know anything at all about wood working.

I was on board until the “black bison wax” reference which was when I realized I still don’t know anything at all about wood working.

Don’t let things you don’t know intimidate you! None of us know what we are doing, some of us fake it pretty well.

I had not heard of “black bison wax” and I’ve been doing this a while. A quick google and “oh, a wood polish brand”.

Definitely a fun project. I made a similar one with my Carvey a while back. 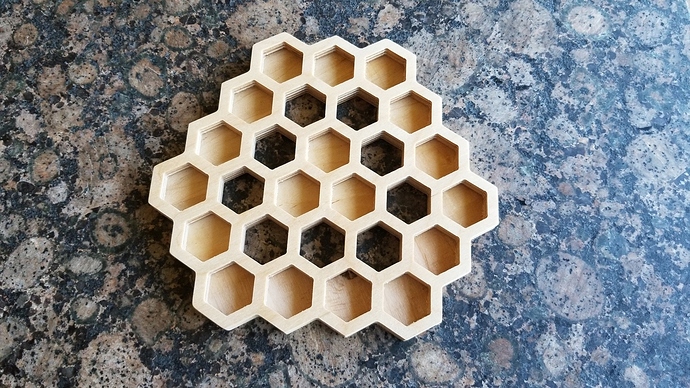 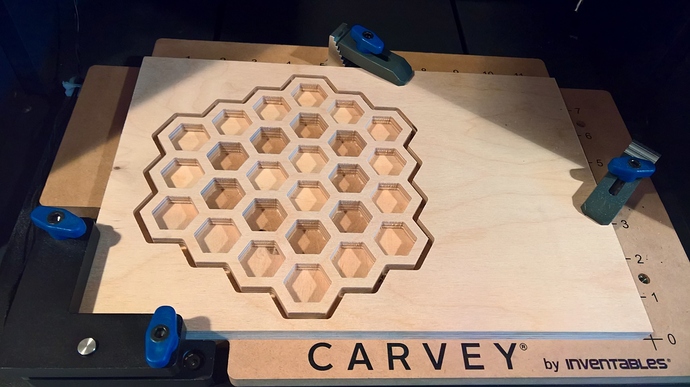 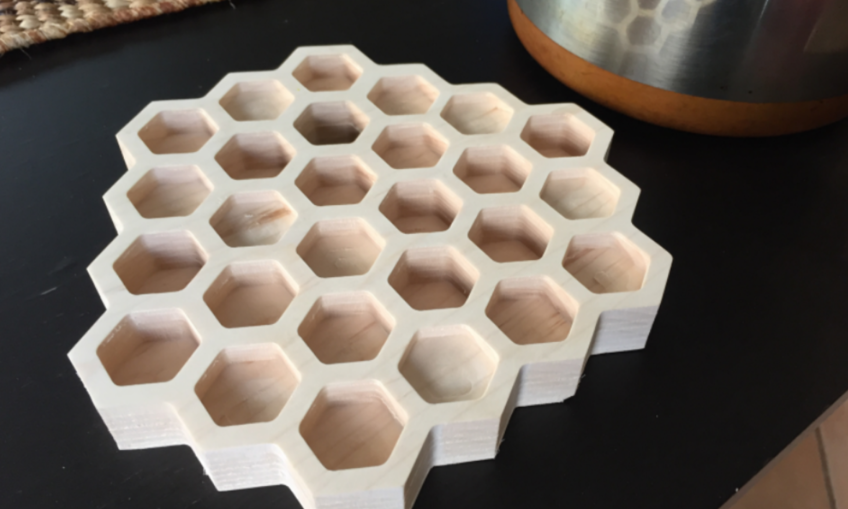 Have Google… Can fake it…

Made some coasters in the style 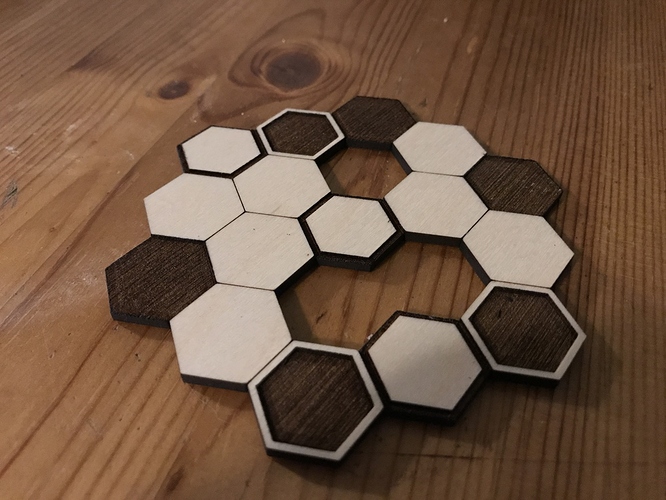 His Death Star Trivet is on my ShopBot list

Thanks! my wife actually designed it