This kanji is special to me, as it is the Japanese name of my Grandma Hope. She and my grandpa were missionaries in Japan for many years, and founded several churches there. One of them has a (still thriving several decades later) kindergarten that was named for her, Nozomi Yochien (Hope Kindergarten).

Shoot, I hate to point this out, but I think part of the character is incorrect. This was supposed to be “nozo(mi)”, right? the top left portion should be a curve rather than a hard point. 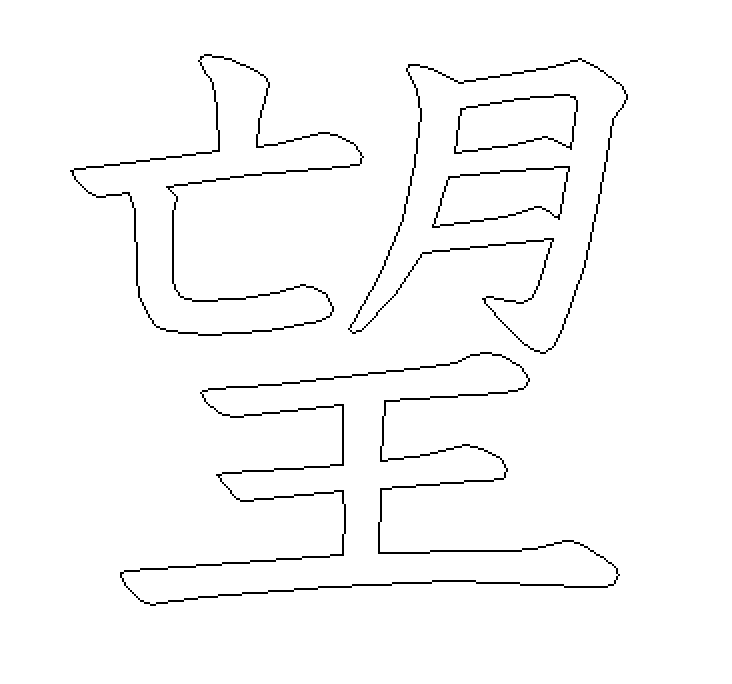 Huh, I missed that…I wonder if it’s a calligraphic variation? I can still kinda almost read hiragana, but I know 'way less about kanji than I should.

I’m finding it both ways. I think the variant I posted may be the Chinese form–?

Yes, it being a Chinese form makes sense. I liken it to “color” vs “colour” in English: a Japanese person would probably know what you mean, but there’s something a little off about it (case in point: me).

I’d go with the curved one of you’re going to call it Japanese “kanji” though.

I will, thanks! And let me know if there’s anything funky in the others I’ve posted, will you? I’ve spent too much time laughing at the things Japanese printed in “English” on their signs and t-shirts to want to fall into any of the same traps!

I glanced at the others ones you posted and they all looked okay! The one that gave me pause was the “family” one, though you did explain that it meant “house”. The word “family” itself literally translated is “house tribe” in English, so…