How many preorders need to be shipped in December?

Except that it takes time to get a well tuned manufacturing process to scale up that much . Also, the cost of getting up there when you are not going to sustain that amount/day is not worth it.

My hope is that they will be putting some of these together already, tested, and waiting to ship, because if its not, then I don’t see how they are going to get the units out in December.

We know they are already doing testing on assembly, which is how they are finding some of the tweaks they are making.

We know the angel investors tossed them an unrequested, but appreciated, spare $2 million.

So it is possible they have put in the time and the money for exactly that.

Indeed - all we can do is speculate given the lack of specifics. As others have commented, when some units are shipping at the end of November to put in feedback for December, and still ship ~9000 units in 2-3 weeks in December, it is to me impossible

Thanks for the reply, you know I have an issue with the “crowd funding” as this was really a presale of a product, I wonder if they say crowd funding to get around some of the state laws regarding sales or preorders…
A well I work in high volume manufacturing (that’s millions per month high volume) and they should be manufacturing the units now if they are going to complete testing and packing so they can ship in December. Most shipping shuts down towards the end of the year so they are going to have to be ahead of the curve… I had my doubts about the original shipping about (beta units etc) and I voiced them here turns out I was right…
Worst case they have 15,000 units to ship and they need to be manufacturing 35 units per hour on three shifts to make the 3 week window in December. Of course that assumes they start manufacturing December 1st…
I really hope they are moving on the manufacturing but who knows I don’t see them giving real data any time soon.

If my memory/calculations serve me correctly they’ve sold around 15k units total.

Wow that’s like 900 per US state. Though probably closer to 700 after international orders are removed I suspect. and yet we can’t even get 700 people on the map.

Hey GlowForgers, I started a Google map so GlowForge supporters can share where they are and see where others are too! Edit: I started the map and included my referral link. I would really appreciate if the person who keeps editing my link...

If my memory/calculations serve me correctly they’ve sold around 45k units total.

ah youre right. 15k units. hit the wrong key on the numpad. fixed!

The number keeps rising. $45M, $48M…The GF is wildly successful beyond any of their investors dreams. Now the challenge is to deliver on what they have been talking about. - Rich

Given the complexity of the Glowforge, I wouldn’t be surprised if the majority of parts are already fabricated and assembled. For example (ONLY), the gantry/hopper skeleton mated to the vacuum formed case, the CO2 tube mounted, the motors installed… and (again, only for example) they’re just waiting for the final revision of the circuit boards to be installed.

There could be 15000 units sitting in a warehouse at 95% completion. We don’t know. @Dan has understandably been coy regarding their production, but it would make sense if it were true.

Ah yes and don’t forget there’s an air filter on some units. I know it’s on my order. Not sure if that’s in addition to or as part the the millions…

The air filter is, by all accounts, a separate box. So another big honking injection mold, another production line (or at least line sequence).

Ah yes and don’t forget there’s an air filter on some units.

And that is slated for shipping sometime after the GF itself. Unless I misunderstood what was said about it in the forum, filter delivery will be several weeks after the GF, at a minimum. Possibly a month or more.

I believe the comment is referring to the fact that the cost of the air filters are lumped into the total sales figure so that could throw off the estimates of Glowforges being shipped in December.

Way back in the day, Dan gave some details on the 30-day preorder campaign as far as a percentage breakdown of what was ordered. The pro was more popular than the basic.

Hi Cleetose,
Yep you got it right, but if i forget about that and assume the worst case lowest price only basic Glowforge the numbers go up from the ~10K.

HI Paul,
I didn’t know about the delayed shipping of the filters, that really sucks you get a machine you have to place in a location that has a window or you don’t use it for a lot of things you might otherwise experiment on to set parameters etc. Well I guess I could break out the cedar planks if its gonna smell then might as well smell good.
injection molds for this case, hmm I might have looked at a vacuum press(top and bottom mold half), less issues with wall thickness, and color variation.

If I remember correctly the filter delay was talked about many months ago. May not be the case now. Worst case the buyer could delay shipment of the laser unit until the filters are ready.

And if the sampling is indicative, not at all evenly distributed between states. 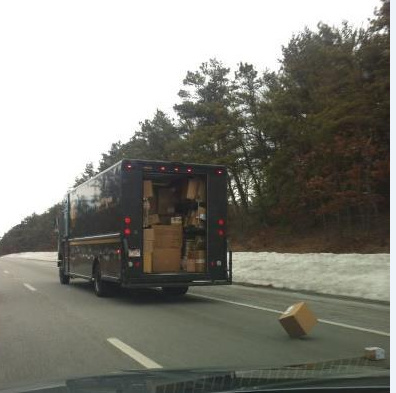