How to Build a fast RC Jet

Hi All. This is my first post in regards to what I’m working on. I have owned my Pro for one week today. The Project
Being retired I now have the time to work full time on my hobby/business. I design, build and manufacture large museum quality RC scale jets. Having the glow forge in my home now allows me to expedite R&D and very definitely improve manufacturing and assembly. Each model takes a minimum of 3000 hrs.

If anyone is interested in seeing more just let me know and I’ll post more detailed info.

The picture is a screen grab from Fusion 360. The picture shows the wing support crutch for a large A6 Intruder that is being redesigned from the inside now that I have the GF. Work flow is design in 3D or Vector App. Test cut using cardboard sheets and multiple times until fit is perfect. Then cut out of actual more expensive materials like plywood, carbon fiber and fiber glass cloth. 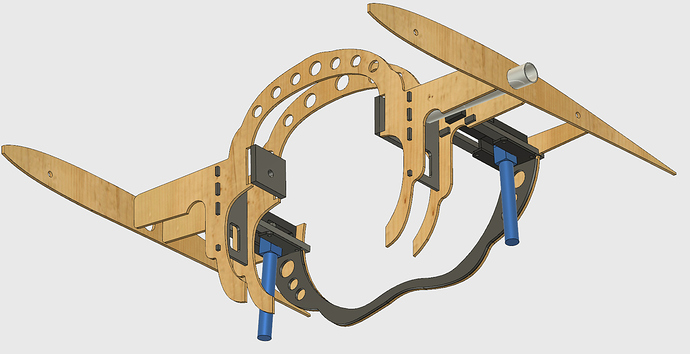 Yes, we are always looking for different use cases. Post away.

A-6 Intruder and the electronic warfare version EA-6B. Both solid aircraft that served something like 34 years. Powered by 2 Pratt & Whitney J-52,s. I worked AIMD (aircraft intermediate maintenance division) on Enterprise. High time on those engines was 300 hours before a hot section inspection. I never saw a machine subjected to and survive the punishment of a carrier bird. Grumman knows how to build an airframe. So do you apparently.

I would love to see your work and the bones of that bird.

Hey! A wizzo! Respect.Salute.
Your ride was powered by 2 Pratt & Whiney J-79’s! The only engine on the Navy birds (Vietnam era) that had those variable stater vanes. Ever do any catapult launches or arrested landings? I know you served a career.

I think seeing how you build up some plane models would be great!

Hope everyone is having a great Veteran’s Day.

I must admit one of my dreams as a boy was to emigrate to the USA and fly A-10’s.
There is something about them that just blows my mind, still does!

It would have been fascinating to see them in a Carrier version!

My cousin flew EA-6Bs. If I recall correctly, he also served on the Enterprise.

Hey print… I flew the F-14 off the Enterprise with a rear Admiral about 25 years ago. I had to do a bunch of pre-flight training on the simulator etc. It was near San Diego. I forget the name of the place. At the time I was designing Air Land and Sea simulators for the US Armed forces and we needed to do a real check ride to evaluate accuracy. I never thought that being an ex RAF pilot would ever come in handy… But it did. I had never flown anything that was so big and roomy. It must be the size of a Leah Jet.

emigrate to the USA and fly A-10’s

I also got to fly the A10. We built a procedure trainer for it. They only had one two seat trainer as I recall. Yeah this was one of my favorite fast jets… Well not that fast. We had a badge that had a warthog with a GAU 8 and ammo belt and wearing a bandana. Looked real tough like Rambo. The slogan was… A-10 Wart Hog…Bad Ass Bacon

I loaded a couple of pics. You start with a 3 view drawing and make Vector templates from it. You space the stations then fill with foam. Ten years of sanding later or what felt like that. You have a rough profile. The second pic is the finished prototype. This bird does not have all the details added at this point. However, it is used for test flights. From that we make mods if required then start over.

Over the next few weeks I’ll show how Fusion 360 the GlowForge will make life so much easier.

Well folks, I will be happy to take you all along for the ride. 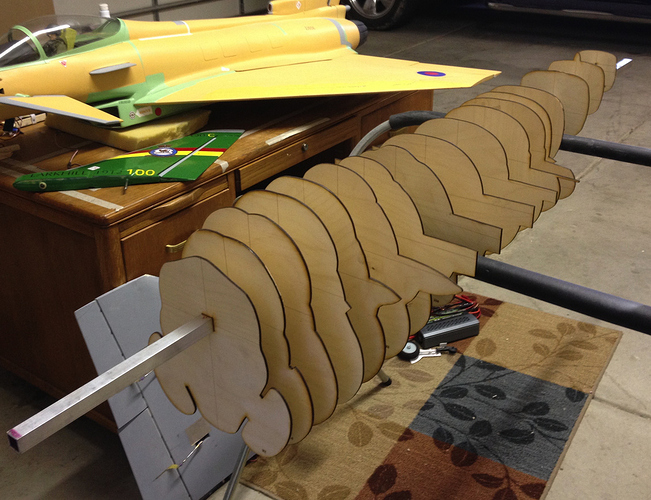 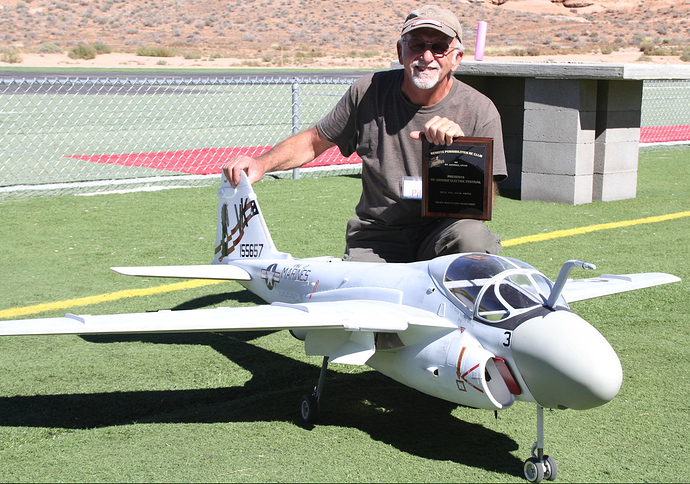 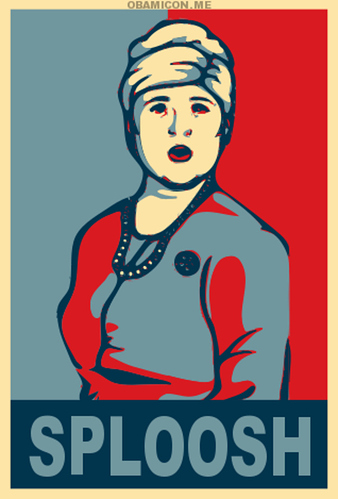 I would love to see some of your designs and ideas

Building RC planes is one of the reasons I purchased a Glowforge, but I don’t really have any experience doing so and you probably have a lot to share!

Can hardly wait to see your model!!! 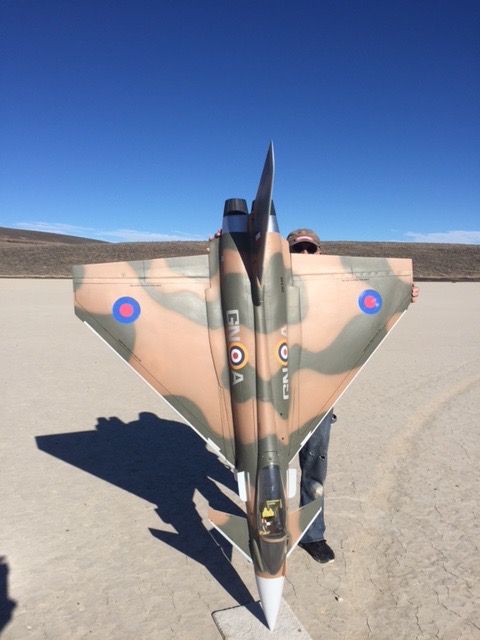 This photo is one of my three prototype EuroFighters. I waited two years for the GF so that I can design a new wing and then make molds. I can then build full composite wings. For those who want to know. The A6 is a full composite model aircraft. Uses two high powered ducted fans for thrust. Sounds very much like the real thing. The fuselage and wings are all composite construction using fiber glass cloth and epoxy resin. A laser cut internal structure does most of the work to hold it all together. Using a laser cutter keeps things very accurate with repeatable parts. You need this when model fly in excess of 125 MPH.

Scale feature other than looks… operational split speed brakes. Fully functioning flaps, Scale functioning spoilers for roll control. Moving stab for pitch control and rudder for Yaw… Operational slats for additional lift at slow speeds and high AOA. The cockpit will be 3-D printed then silicone molds made to replicate in urethane resin.

Thanks for sharing, James. These are amazing!

Wow, those are some beautiful models!

Man, the F-14 was/is on a short list of the sleekest looking aircraft I ever saw. They were brand new in '73, and one was hopped around to bases to show them off. I remember walking around that thing in awe. When the Aviator left, he pulled the nose wheel up and went vertical in double AB. Still raises the hair on my arms to think about that.
30 years later I have an arm load of trash at a job and opened the dumpster to toss it, there in front of me was a picture that had been removed from the frame and thrown away… 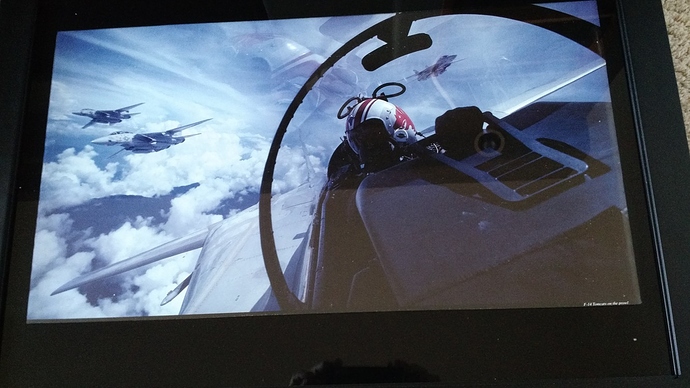 I was stunned to see not only my favorite aircraft, but that helmet insignia - VF-1 Wolfpack, attached to Enterprise! I worked on the engines pushing these warriors through the sky. I proudly took possession of it and framed it.
I got a CAT shot too James, just not as glamorous. Mine was aboard the C-1A, I would have much rather been facing forward for that event. Felt like my eyes were bulging out of my skull like a cartoon character!

… Well not that fast

But I don’t know there was/is a better aircraft for close air support. Extremely tough, with the ability to dwell for an extended time - and that monster 30 mm rotary cannon the Warthog was built around. The pilot essentially straddles that gun like a horse. Entered service in 1976, looks like the AF may extend its service life to 2040.

@jbpa, An EA-6B Aviator assigned to Enterprise was most likely an officer with my squadron, VAQ-137 ‘Rooks’ stationed at NAS Whidbey. 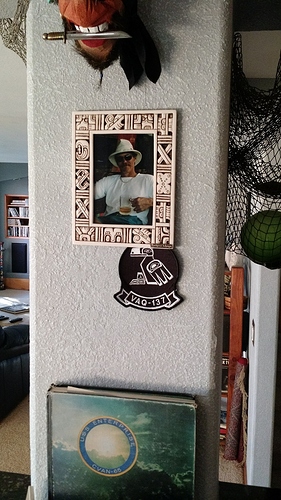 I am a ‘Plank Owner’ of that outfit, a founding member when it was commissioned in 1973.

@dwardio, when we met that day it’s a good thing neither of us remembered our Navy service, we would have been talking until they closed that place!

Gentlemen. I am Honored to know you, and on this day I Salute you for your service.

An EA-6B Aviator assigned to Enterprise was most likely an officer with my squadron, VAQ-137 ‘Rooks’ stationed at NAS Whidbey

Yes, I believe that is correct. I have one of his squadron patches around here somewhere that I can’t find at the moment. We haven’t talked in a while, but again, if I recall correctly, he was the avionics/armament maintenance division officer for a while.

Do you happen to know what years/decade he served? It would be something if I knew/knew of him.