I want to cave a wood icon in 3D, where the face hight is higher than the background, including the curves on edges to pop it out, and i don’t know what is the suitable design for this project, and wondering if my Glowforge can do so or not.

So, the basic idea is that you want to engrave what’s called a “heightmap”.

Your choice of materials will impact the success a great deal, try solid hardwoods and other uniform materials for best results, like basswood or maple, something without a very strong grain will give you the best end result.

Here’s the gist: get a heightmap. Just a test one will do for now, here’s a nice horse: https://www.deviantart.com/sharpfang/art/Arabian-horse-heightmap-16880441

Then setup your engrave with whatever settings you want to use, proofgrade solid maple will work.

If you’re using solid proofgrade maple that came with your starter pack (if it did) be sure to remove the masking for best result.

Set it to be a “3d engrave” (proofgrade) or “vary power” (non proofgrade).

Give it a shot. Higher powers or multiple passes will give you better depth.

@rbtdanforth has done a great deal of these sort of thing, I’m sure he has tips.

@rbtdanforth has done a great deal of these sort of thing, I’m sure he has tips.

Indeed what you seek is its own deep rabbit hole and Images that work for this “look funny” and are quite different than normal photographs. Normal photographs use a source of light to inform your eyes about shape. Lighter things are facing the light, and darker things hidden from the light.

Images used for carving are about actual shape and not about light, therefore what is highest is (usually) white and the lowest is black and everything in-between shades of gray, This gives a maximum of 256 shades available and for some cases too choppy to convey information and the color spectrum is used. For our purposes, only grayscale works and I have not found a good translator of color height maps.

It is possible to generically create your design in 3D in something like Blender and use that program to do the image as a blend by which that which is closest to the camera is white and further back shades to black. There are also programs like Mesh-lab that can combine a hundred photos from different directions and work out the 3d shape to considerable detail,

It is not uncommon to do the original in clay and use something like many photos and Mesh-lab to create the 3D and output the grayscale blend, there are also scanners that do that with lasers, There are also programs like Art-cam specifically designed for such relief engraving that aside from being ridiculously expensive that a very odd view of things and are really difficult to learn for that reason at least. If anyone knows of an opensource program that is designed for the same goals I would love to hear of it, Most spectacular of Artcam is an automatic Celtic Knot creation app that you can lay out a path and a shape and it will create a Celtic knot with all the correct over and under bits in an instant that you can redirect and it fixes all the rest. The output can be a CNC cutting path or a grayscale heightmap.

In some ways running the 3D engrave is like any vector engrave, in that you set the bottom, and anything black will engrave to that level. The difference being that the GFUI will reduce power per pixel on the level of white at that point, with an important point that pure white will not have any power at all so if you have created a minimum power to get through the masking it needs to be precisely that amount. Too much and the lightest gray will have a deeper cut and a shelf to where neither mask or material is cut, and too little and there lightest gray will not make it through the masking at all.

thank you rbtdanforth, for your reply. If i get any promising results, i’ll let you know

Thank you very much evansd2, I joined the deviant art group in order to download the horse file, I will let you know if I will get any promessing results for what I’m looking for.

If i get any promising results,

This is an example of what is possible. Not sure of the source of the dragons but have seen them in several sources… 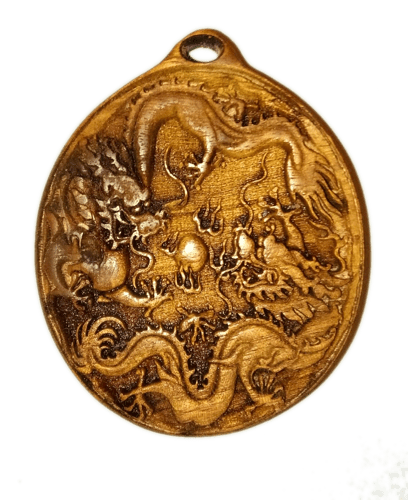 …source of the dragons…

You’ll find numerous references when Googling “Chinese Dragon” …typified by the narrow snakelike body, two limbs in front, two limbs toward the back, usually with the opposable “thumb”, flame-like fan tail, raised spine along the back, pair of “antlers” on the head, long whispy pair of whiskers poking out from a beard along the jawline.

A sculpt I made when looking up Chinese Dragon references… 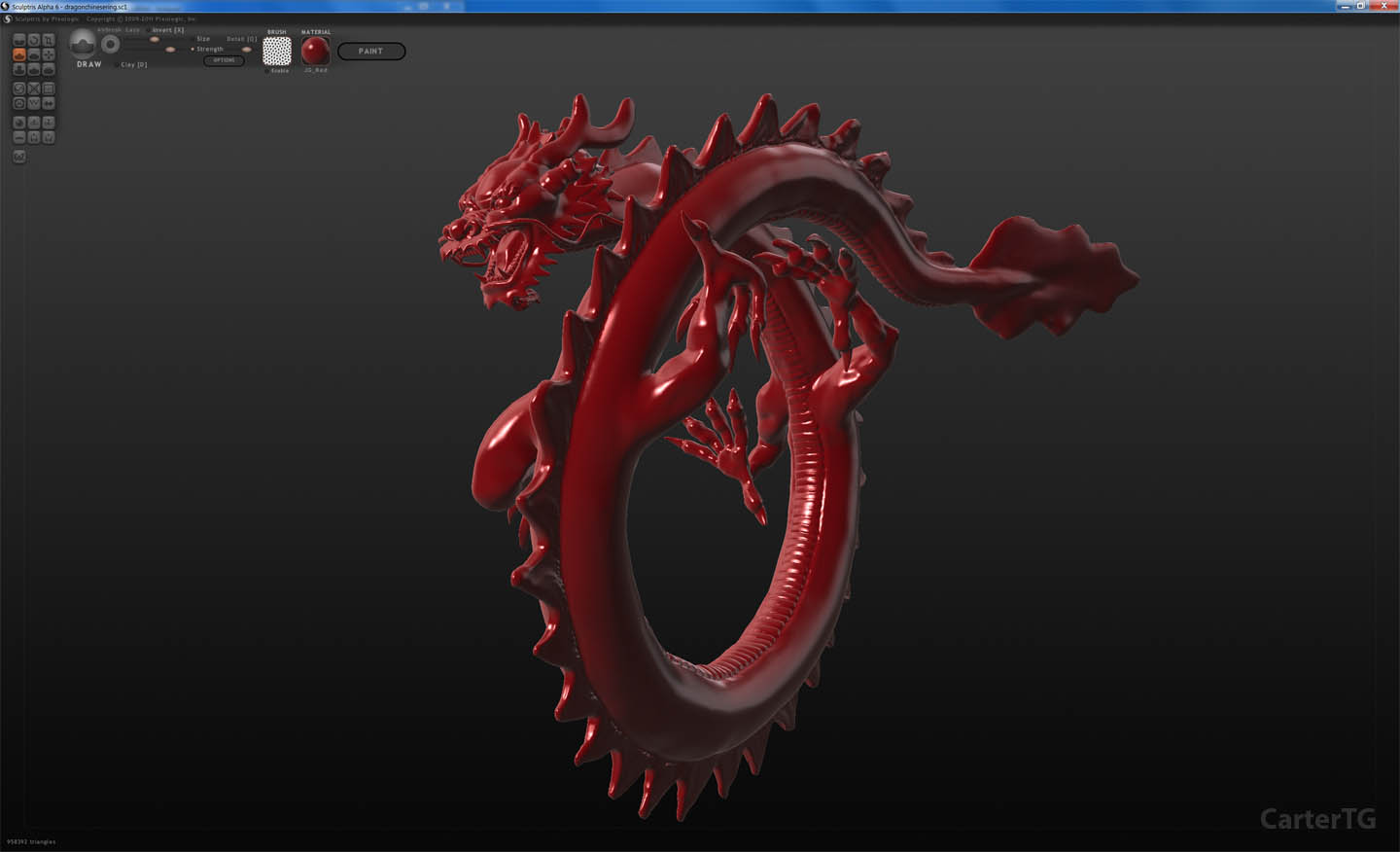 Dragon041440×876 59.6 KB
…using the freeware Sculptris found on Pixologic’s site. The windows version might still work with Windows 10, but the OSX version no longer works for those who’ve updated to OS X Catalina as it (Apple) no longer supports legacy 32-bit programs (Sculptris) on the Mac.

As I’ve maintained in another thread, Pixologic’s flagship program ZBrush contains a super-easy component that turns a 3D model/sculpt into a proper height map image that can be used for 3D laser engraving: 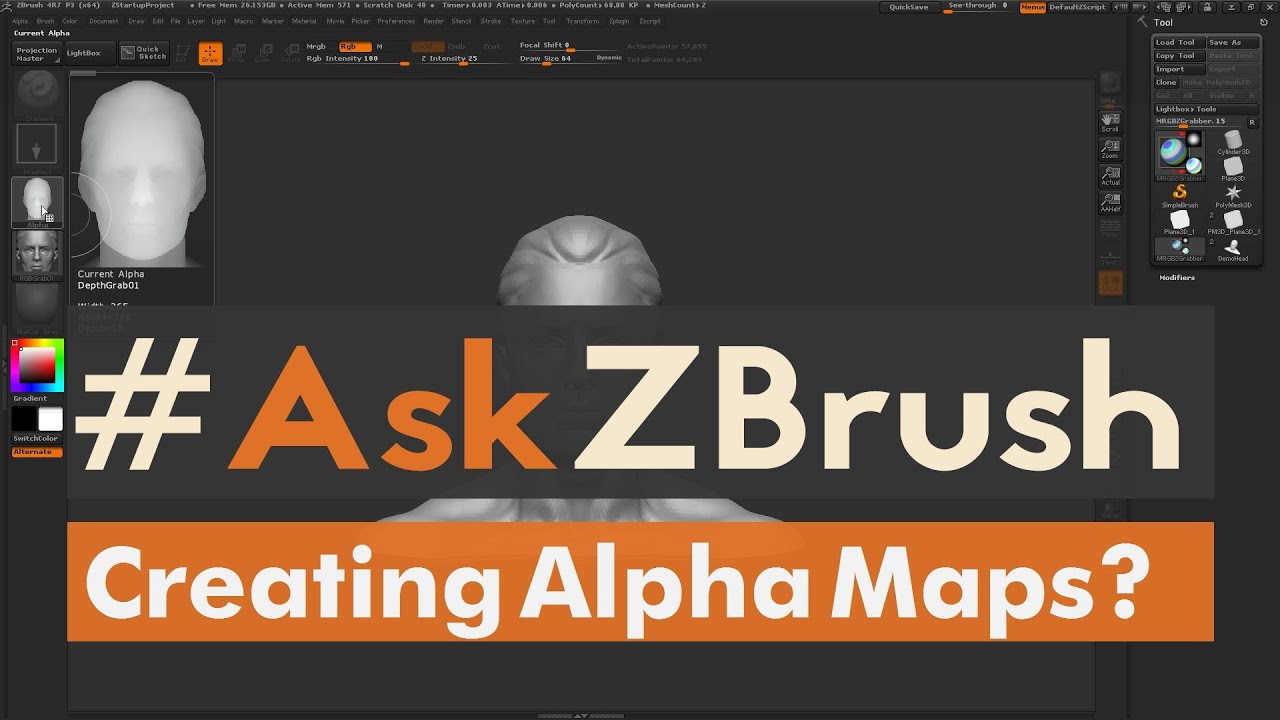 I have made inlay Chinese dragons in silver and 3d Chinese dragons in gold 40-50 years ago. The concept is so much richer in the Chinese than the European history, They even knew that the source dinosaurs (that still translates to dragon) had feathers a thousand years before Europeans did.

The number of toes was a mark of aristocracy as only the emperor could have an image of a dragon with 5 toes with three toes only among the (even slightly) lower classes.

I know folks expert with ZBrush, but I have focused on the (perhaps harder)Blender that uses ZBrush techniques as only one of its many approaches to creating content.

If this is existing vector artwork, you could probably get away with vector gradients and then rasterizing it all (make a bitmap copy in Inkscape).

You’ll want to put it all on a black background and then work your gradients from black to white. Black will be deeper, and the power will decrease as you move towards white.

This is a great post because you can see the art they used right next to the result - and yes, you can do fabulous things with curves and things that pop out!