I’m toying with the idea of getting one. Has anyone come across them or own/use one?
I can’t find much recent online, so thought i’d ask here.

I have had my eye on the Sprout for a year or so. I’m holding out for one or two more generations. I like the idea but, from what I have read, most of the cool functionality only works with the HP-provided applications. I’m hoping it will eventually work with big name graphics applications like Adobe and (for me) CorelDraw.

My girlfriend sells HP and she had to go through a training for the sprout. It has a lot of cool features, but its another case of everything being bundled in one when it would be better to buy it separately type of thing. Just like the VCR/TV combos of olden times, if one piece breaks, you lose both. Im a bit wary of that. They have 3d scanners for a lot less than this costs which you can use on any machine, so unless they show me something they can do that no one else can, I dont see the need.

Also… if you see any demo videos, its usually pretty dark in the rooms, thats because a lot of the functionality is going to be limited by ambient light…even the 3d scanning as it is using light patters instead of lasers or UV

Here is a link to save a search for the the Sprout.

What @takitus said, I saw it when it came out and yes, it has some cool stuff going on but I think for now I’d be better off just getting a scanner.

Hmm, perhaps I’ll stop toying and see how it develops.

I agree with markevans36301. Trying to stay focused.

I had also earmarked the Sprout a bit over a year ago, and even put a calendar appointment for what I thought was the release date so I could order one immediately.

That date came and I was busy, so about a week later I wondered why I didn’t see discussion about it in all of the Tech groups I am watching. So I dug in and saw it had already been out for about a year and had not generated much buzz.

Finding direct user accounts of the machine was REALLY hard. Those few I did find mostly said “The kids loved playing with it for a little while. We don’t use it for much of anything now” and outlined problems with the scanner (the main feature I wanted) and limitations of the projected screen (the secondary which I had ambitious ideas about).

have you tried a microsoft kinect? they can do head size stuff and up pretty well
pair it with: http://skanect.occipital.com/ and youve got a pretty prime scanner 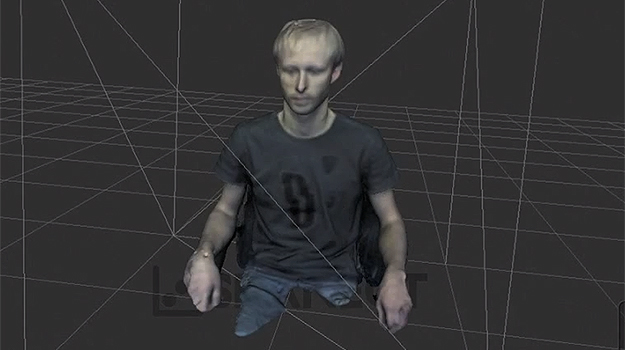 Reviving an old thread. Has anyone seen the Sprout Pro? I stumbled across this yesterday while researching monitors. It’s an interesting evolution in the products line but still not what I’m hoping it will become.

New to me, looks shiny! Wonder about the $$.

I need to see it more calmly, because I do not understand what it is for

Nice that they moved away from the projected bottom panel. I am still eager to try one someday, but not yet attracted enough to buy one without first trying it.

There’s supposedly one on display at a Best Buy about an hour and a half drive from here but I’m always in a rush when I pass through that city. I’d definitely want to try it before buying it. And I’m still hoping it will eventually work with mainstream applications.