I made a thing

And it is very infringey. Sorry, Disney. I ceased and desisted right after I gave it as a birthday gift. 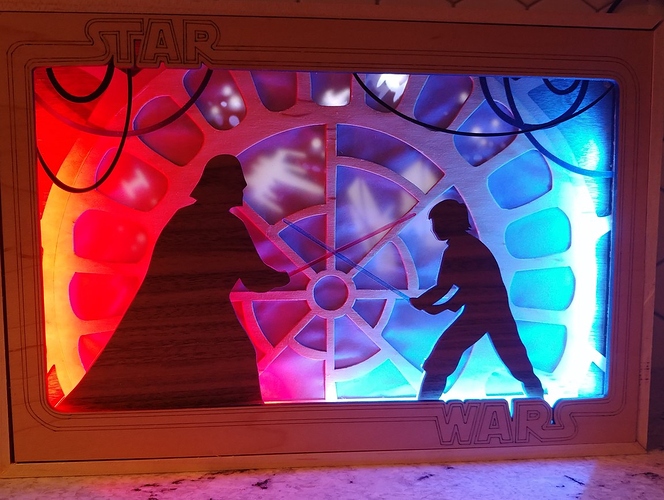 It didn’t turn out as planned, but I learned many things. First and foremost don’t start making something until you’re done designing it. Or at least mostly done.

Second, you can’t make a lightsaber glow by edgelighting it. Or, maybe you can, but I cant. Or, maybe I could, but I got annoyed and abandoned that idea. Again with the making before the designing.

Third, its easy to glue acrylic to everything, including yourself.

Oh, sanding. I didn’t try that. I was originally trying to make the whole figures glow by putting the base of then against the led (theyre entirely backed by acrylic, if that makes sense). I wonder of that would have worked…

That is just amazing!

I’m not quite sure I understand what I’m seeing here (aside from something beautiful). Is that a picture that you’ve edge-lit? If so, is it lit from all sides? Or did you create the image out of some material? If you wouldn’t mind telling me more?

Third, its easy to glue acrylic to everything, including yourself.

ROFL! Gorgeous piece! (And yes…yes it is!)

Maybe for next time with sabers…? 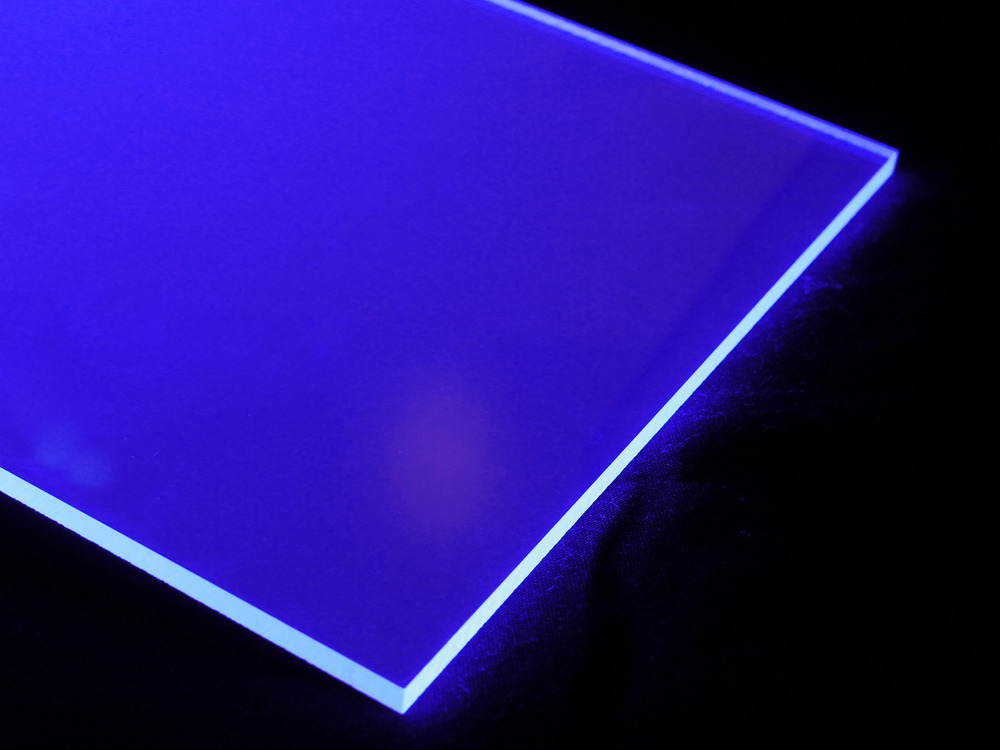 Its, like, a shallow box with layers of wood cutouts, mostly. Theres one short strip of leds on either side towards the front. Then theres a layer of vellum with another layer of veneer behind (this makes no sense, probably). Then theres a white strip of leds behind that, which makes the x-wings and… Not-x-wings glow. When the lights are turned off, you cant see them.

Does any of that make any sense at all? I can take a picture of it tomorrow with the lights turned off. Words are not my forte. That would probably make it clearer

That’s amazing and you’re hilarious. You had me at “Sorry Disney.” …and had me on the floor with “its easy to glue acrylic to everything, including yourself”.

Does any of that make any sense at all?

Yes! Wow! Quite something!

I can take a picture of it tomorrow with the lights turned off.

If you wouldn’t mind, I’d love to see that!

I don’t give a flip about Star Wars, but I love your creation! The colors, lighting, and layers are awesome.

Ever come across something like that, but only ~1mm thick ?

Nope, and I’ve never used it. This is all theoretical. Let us know if you find it!

I fear I may have to cast my own

Hey! That’s a heck of a Thing you made right there. I think it looks awesome.

It’s a shame Micky is on his way to your house to break your legs. That Mouse don’t mess around…

I like it! I’ve been thinking of using that same silhouette for the side panel of a box I’m making to house my Jedi Challenges AR kit. I’ll keep you posted. Looks great! 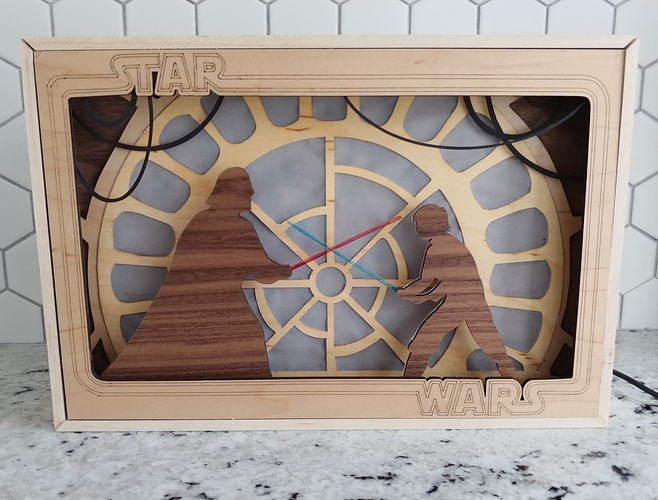 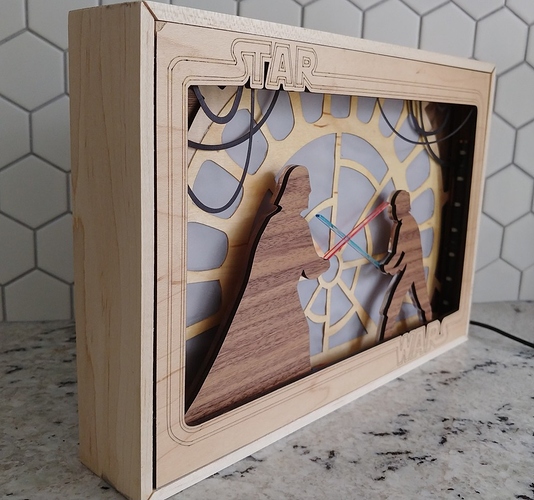 It would have a much better sense of depth if I designed it before I started making it. Lol. I ended up have to make the back “behind the window” way deeper than it should have been.

Would you buy it and melt it to make your own?! That would be so cool. And probably smell so terrible.

Gosh! So different than what I was expecting! What a creative piece!
So you’ve got red lights on the left and blue on the right? And then also backlighting? Is that right?
I hope you’re really happy with how this turned out. 'Cause I gotta tell ya… the result is amazing.

So you’ve got red lights on the left and blue on the right? And then also backlighting? Is that right?

Yes, exactly! In retrospect, I should have wired the back lighting separately, so it could be turned on by itself. But I didn’t think of that until after I glued it all together. Haha.