I am not sure what these would be called, but does anyone have an easy fix for them beyond clicking and deleting? I’ve tried simplifying the object and running cleanups, but the wonky paths persist.

It’s really annoying as they don’t show up in the object until you view in outline mode, so I would love a method that I can select all and run to resolve. 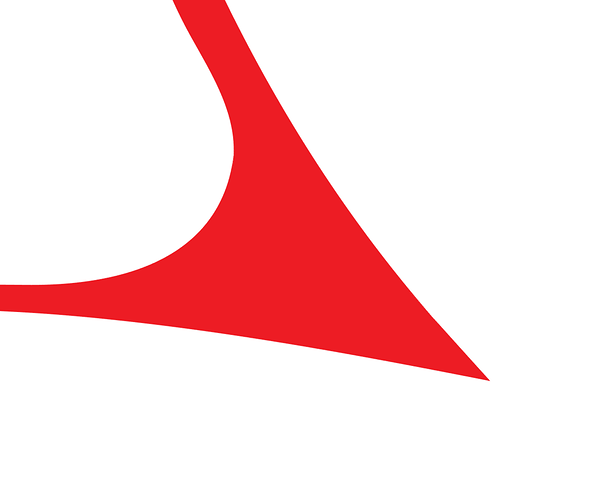 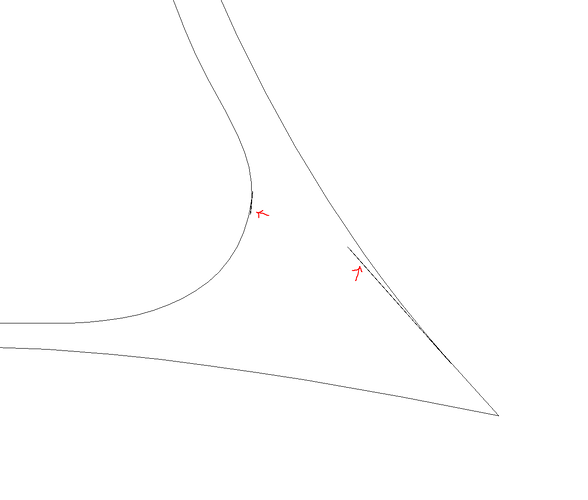 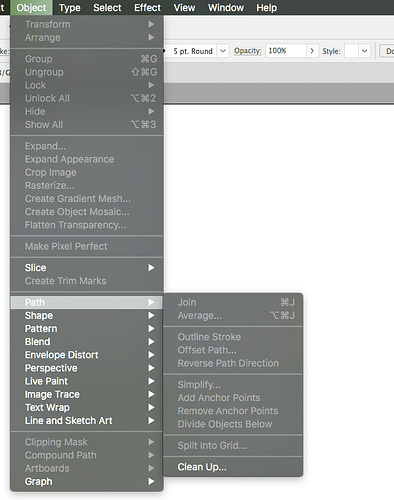 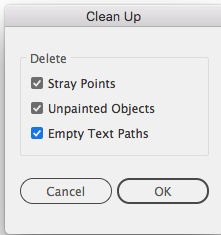 Stray Points gets rid of exactly that, stray, single points.

Unpainted objects gets rid of what you have on the screen, which are basically objects that have no shape and no fill assigned.

Sadly this doesn’t work, I’ve tried running cleanups many times. The issue in part seems to be these are not just stray points, they are paths that have twisted and duplicated somehow. Here’s a closeup of the top left one. 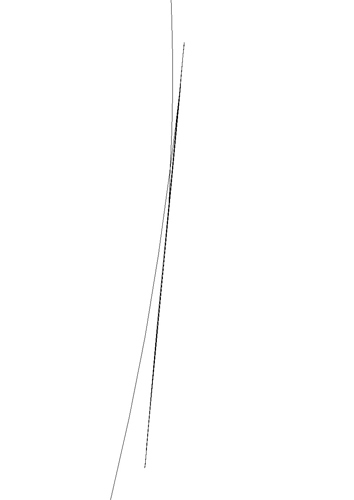 It helps if you post your file so people can see exactly what they are.

If they are just duplicated paths, just click on an anchor of the path with the white arrow (direct selection), hit delete, and then hit delete a second time to delete the whole path.

If the clean up path with unpainted objects doesn’t get it, I suppose it’s been duplicated with the fill/stroke. Why not just turn off the appropriate layers, select all and delete?

Unless someone looks at these and knows a trick to deal with them I think they are just bad paths that will need to be removed and re-joined manually as I’ve been doing. But I figured I would ask to see if someone had run across them and had a process to deal with them.

If it’s a duplicate path, does it matter if the whole path is deleted? So - they aren’t duplicated paths? Either it’s explained incorrectly, or I’m failing to get what you’re saying.

What it looks like are pen paths that the anchor handles have gotten tremendously twisted on. You can solve this when you’re manually tracing something by using the Option/Alt-Key on an anchor to reset the anchor point handles.

You can also use the convert anchor point tool to reset or modify handles.

And yes, I would say that describes the issue as I can drag the path out and see it’s very twisted. I normally see it when image tracing things and notice certain corners will go crazy like this. Resetting the handles may at least make them easier to select, ill give that a try.

Try using a pathfinder unite. It will remove any of the “internal” paths, and cut off (but not delete ) any external ones. You will need to ungroup the result and use outline mode to find any external paths and delete them.

What are you doing that you end up with these, tracing rasters?

I see these annoying twisty bits often in downloaded stock images and after slightly imperfect Boolean operations. Usually the Smooth (under Pencil) and Shapebuilder (shift+m) tools are easiest for me to clean up those up. (if I delete points it typically means I have to rebuild that segment)

Smooth tool may take a few passes at each trouble spot and alters the curve slightly (click+drag usage).
Shapebuilder is less clicks per trouble spot and won’t alter your shape but I find I have to zoom in pretty tight for precision. So I use both as needed, I’ve set a keyboard shortcut for Smooth so it’s fast to switch between the two.

Interesting idea, I will have to try this as it would certainly be faster if it works this way. They are so annoying now that outline paths actually matter.

Yeah, they’re no biggie for print but a total PITA for any type of cutting

(with either of these methods, I find that it can be helpful to use the Add Anchor Point tool first, on either side of the problem area of a path, in order to maintain the shape/placement of the rest of the path.)

Yep, this is what i’ve been doing, just so time-consuming. Was hoping for some algorithmic magic.

sometimes (but not at all always) adding a stroke, expanding it, uniting it, and then deleting the inner (or outer) path from the resulting filled shape can take care of the micro cross-overs.

Here’s what I do:
get the add anchor point pen tool (hold down the pen tool icon; it has a + next to the tool icon). Add an anchor point just above and below where the errant line crosses its self. Select the direct select tool (white arrow) select what I don’t want and hit delete. The broken path can be rejoined using the pen tool or by selecting the two open points and using the quick keys command (or control on PC) j to join the ends.