I am designing the following set of name filled ornaments, (when my replacement lens arrives I can cut them) and I am making it for a number of kids, so I would prefer to use the unite option so the word sticks inside of the circle… (also if you have a font recommendation for this, double bonus) 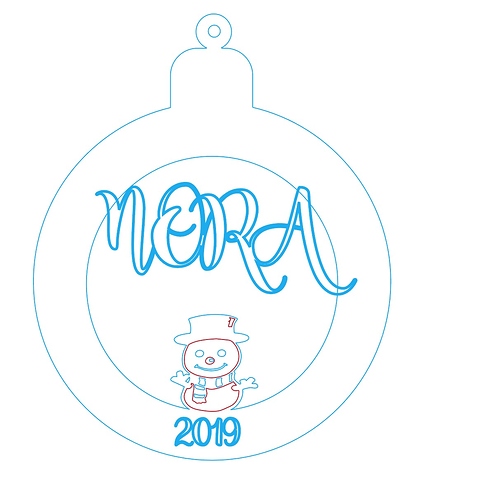 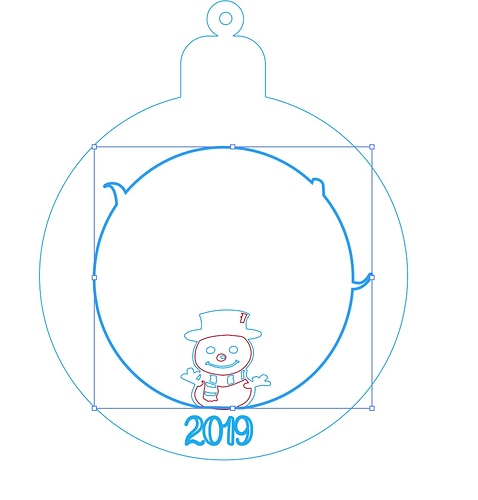 But it just makes the name disappear.

I could use the scissors and slice the edge of the names, to join them but I was hoping there was an easier way to do it that this amazing group could share.

Here is the file…

Another option is just an underlined name that sticks across the circle, but once again I would love to unite them without manual uniting. 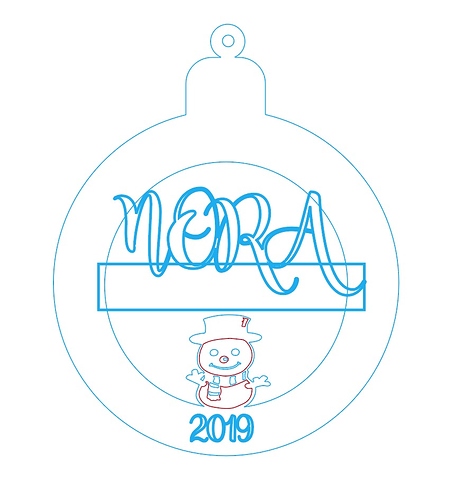 When it comes to the pathfinder tools i tend to just try them all. Also for some it matters which layer is on top. You might need to do it in a few steps too. Unite two objects then two more then the unite the results.

Okay, I fixed it for ya. But it turned out to be a bit more complicated than I expected. I’m sure someone skilled in the art could do it easier. Here’s what worked for me:

And a word of advice: I would not use all caps on that script font: they are not intended to be used like that and look really odd and unreadable. I would just go for first letter cap. Oh, and you are going to have to build tiny bridges to keep those counters (inside of O, D, B etc) from falling out. Or use a stencil font.

The svg below has examples of what I’m talking about, and the compound path has already been fixed for you so should work.

Awesome, I will try it out later today.

@cynd11 thank you for the tutorial and font advice. I will give this a try later today also! I was going to make one for every kid in my sons kindergarten class, depending on how much work that takes. I might take the easy road and just put something predictable in the center and engrave their name on the circle. Hehe.

Does it work on open paths? Or does he still need to close them.

I never learned to use shape builder because I learned on a very old version that didn’t have it. I need to drag my Illustrator skills into the 21st century.

It does if the gaps are small and if you dig into the tool a bit there’s a gap sensitivity setting. Also convenient: shapebuilder doesn’t care what order your objects are stacked in the way Pathfinder does.
Holding down alt toggles the tool to subtracting instead of merging. I design all my tabs and slots this way. It’s easier to move them around as separate objects instead of messing around making sure you got every relevant anchor point. Duplicate the layer for safety, shape builder everything together/apart and ready to copy/paste to GF!

I need to drag my Illustrator skills into the 21st century.

They’ve added a lot of great, time/headache saving features in recent years. Have you tried Curvature Tool, Live Corners or Puppet Warp yet?

Um, nope. I guess I need a remedial class!

Thank you so much, I was able to figure out how to do it and save time! It’s been a busy week!

), or at least it wasn’t something very common for my uses, so I use the LivePaint option a lot. For something like this, you would just make the text an outline (which I think maybe you already have just looking at the image online), select both the text and the circle, make a LivePainting, then use the LivePaint Selection tool to select the unwanted lines and delete. I’ve had pretty good luck with Live Paintings in the

but usually I will Expand the LivePainting before exporting as an SVG.

This is one thing that I hate about the shape builder tool, as it’s what I use to “cut in” shapes on my puzzles. I prefer using the alt-modifier to subtract out inner paths rather than the add/+ which usually leads to duplicate paths that are a pain to deal with.

I haven’t quite figured out it’s logic yet, over the years I’ve come to rely on the layers palette a lot to see what’s going on in my files.

File organization (in Illustrator) is one of the few things that I’m obsessive about. 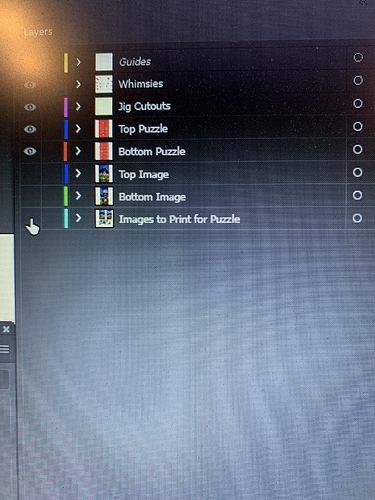