Inclamite weather in the local

So around 0715 this morning, there was apparently(and not officially) a tornado that settled down main street and tore up about 7 phone poles and trash a bunch of stuff. Though it may have been what is offically refered to as a “wind event” but it was pretty impressive aftermath. Bunch of people around the state of New Jersey with pictures of funnels and videos. 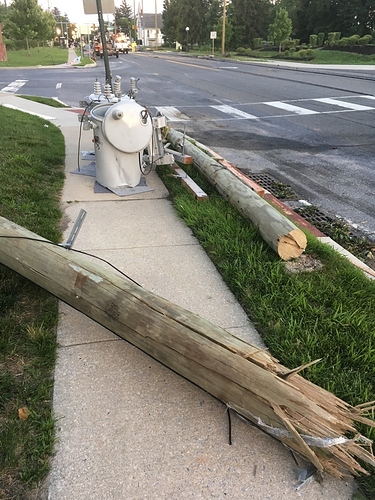 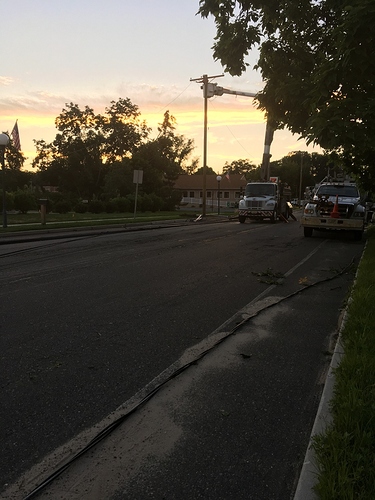 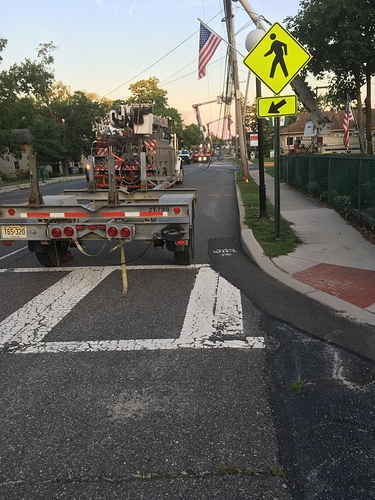 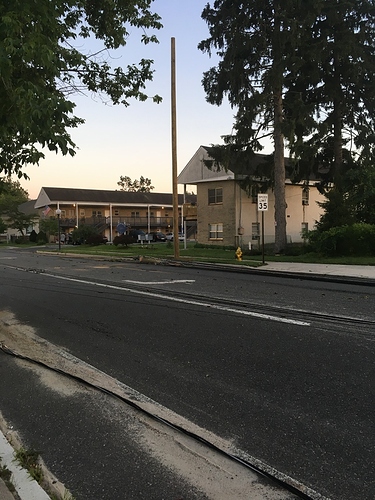 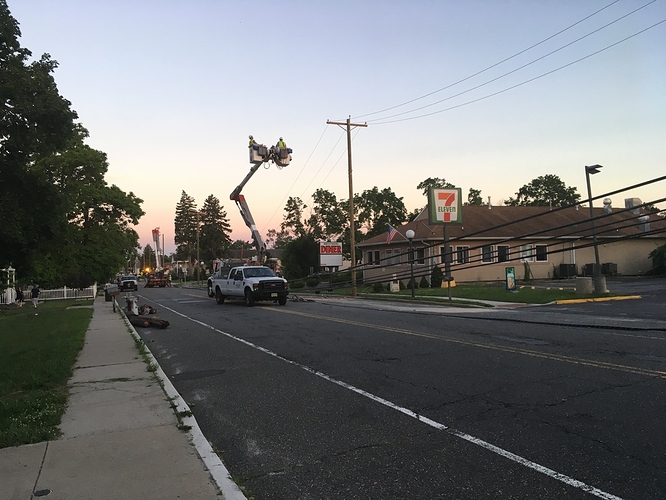 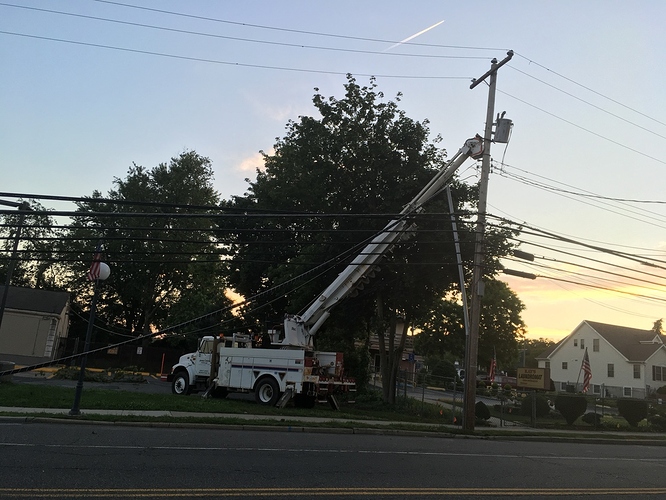 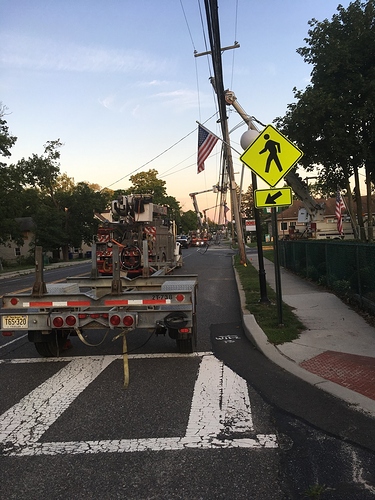 Fortunately, these types of events aren’t very common this far north east. Last big wind event I can think of in the area was 02-03? maybe? That was a confirmed tornado.

We had a microburst about 14 years ago. Here’s my “favorite” photo of the event: 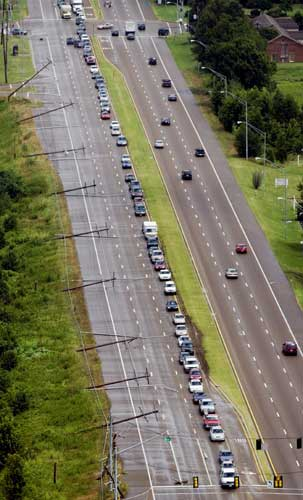 The city was basically shut down for days (about 70% of the city lost power). Since it was Memphis, of course it was called Hurricane Elvis.

I hope you and yours are safe.

(Glad everyone is okay!)

we got hail yesterday, instead: 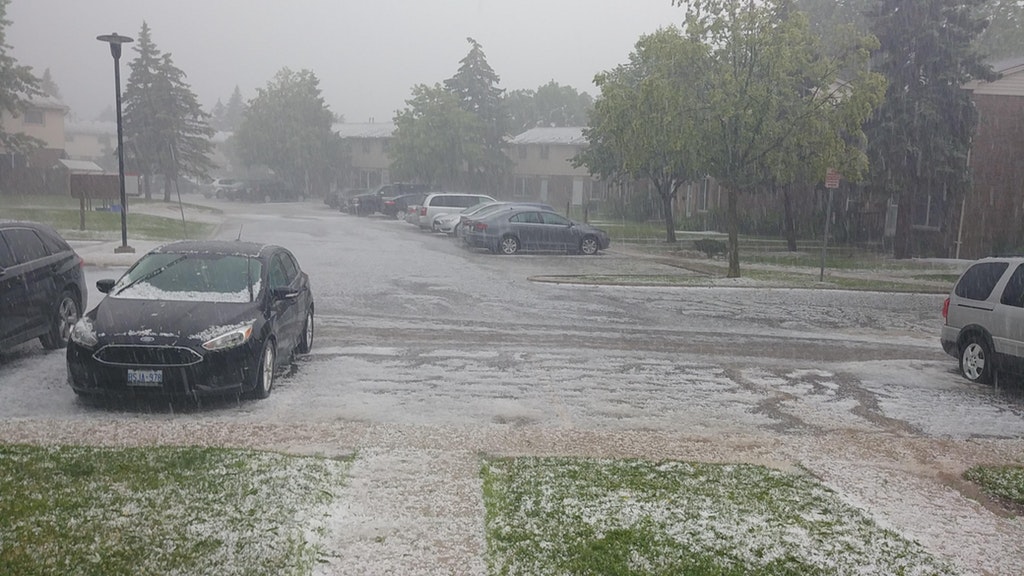 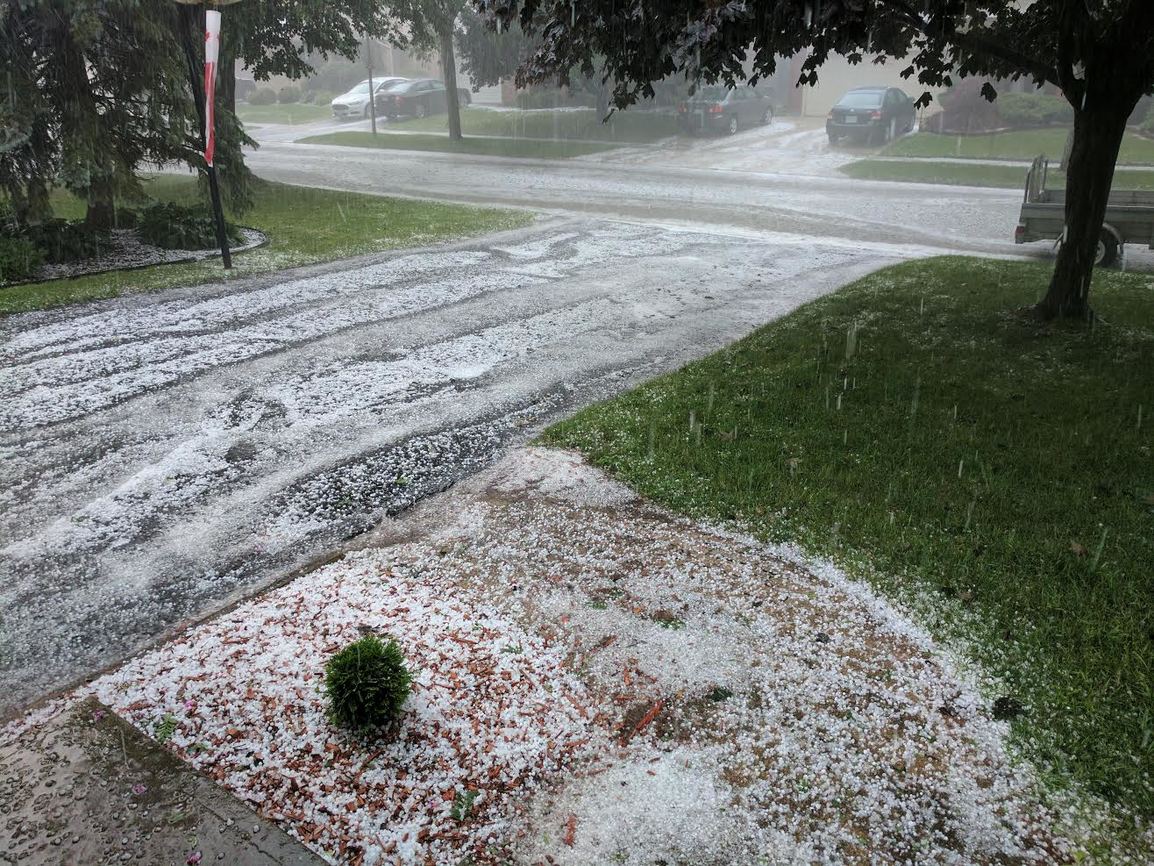 Living in a newer community (1996) and everything is buried, no poles. Thankful for that!

There are all sorts of protection benefit to burying it all…until you need to access it. Higher expense install, higher expense repair, and upgrade but much much lower damage rate. Could be years with 0$ expense. Bad luck though and it becomes quickly prohibitively expensive.

One of the many benefits for us when we moved from 'bama to the Front Range. I think we’ve lost power in this house three times in the past 12 years.

Then there’s the contractors who are unfortunate enough to encounter them digging. The city put up brick wall fences in the neighborhoods that required caissons. Before the contractor dug they used a 10 wheel vacuum truck with a water tank and pressure washer. Used the washer to dig and the vac to remove the soil down to the bundle of utilities that were something like 6 feet down to eyeball them before they drilled. a foot away.
Bearing the expense of those precautions is a reflection of how much they don’t want that problem!

@dwardio, yes, Every time I see power go out from weather in the east I’m grateful, and I think of the terrific expense that puts them back up.

I live in Oklahoma. This is the season when we get our lawn chairs, go outside to watch the 'naders and talk to our neighbors… 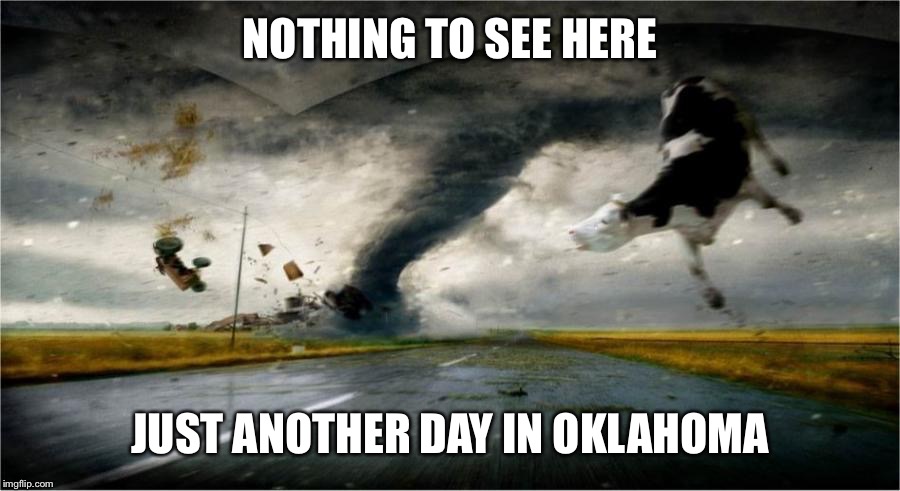 My oldest son graduated Fordham and moved to Park Slope in Brooklyn. A few months later we get the call and photos of the street outside his building. Trees, cars, etc all torn up. Missed his building by about 10 feet.

Wife & I look at each other and said “tornadoes are not the thing we thought we had to worry about him living on his own in NYC!”

So sometime today the roads all reopened with 8 new phone poles. Back to a 6 min drive instead of 15. Or the healthier 45 min walk.