Is there a way to edit the starting node of a closed path so that I can better optimize the cut pattern?

Yes, path->reverse. This was pretty extensively tested, and the results were inconclusive.

Let me dig around and see if I can find it.

I think maybe it was @sqw who went deep on this. Tagged.

I have a post somewhere, regarding optimization, that I reverse every other open path of a puzzle, and it did save me some time.

I can’t help with Inkscape-specific methods… but, in Illustrator, the process to change the starting point of a closed path would be to use the scissors tool on a specific anchor point, and then recombine the paths, if needed. I don’t necessarily think that you would need to recombine them though, if you are only cutting. If you are engraving, they need to be closed again for the engrave to perform correctly.

As an example, in Illustrator, I drew a square and added arrows to the starting and end points: 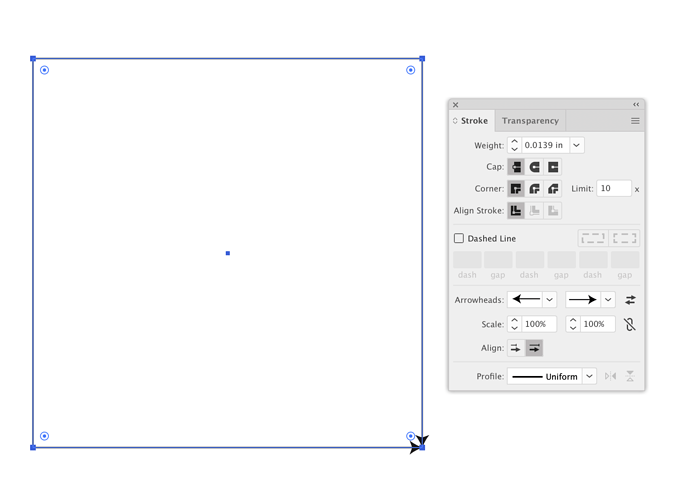 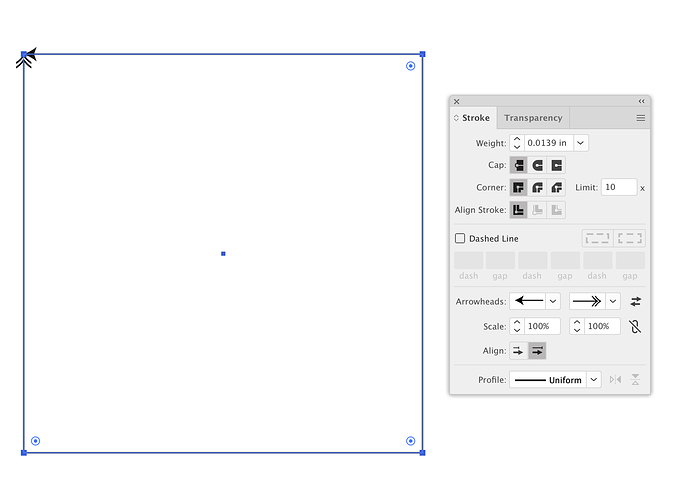 I could do a path > reverse direction, and it would now run counter-clockwise from the top-left corner. 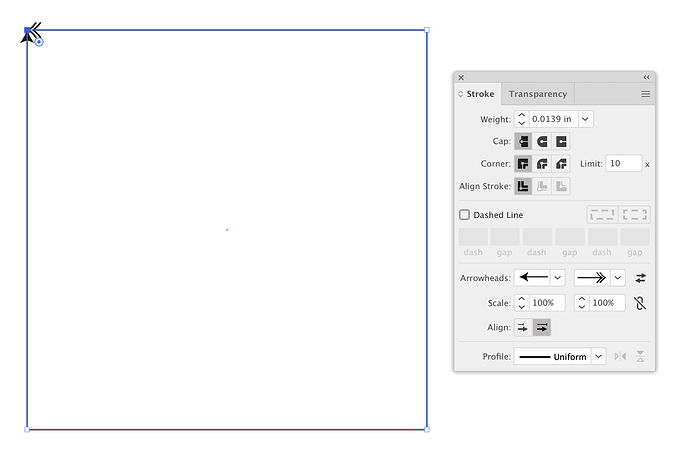 I have a cross shape and one of the inner node is the starting and ending point. Due to it there’s a bigger burn hole. It would be less visible if it was on one of the outside node.

Would opening the path, reverse, then close back again would do it ?( I am not able at the moment to test)

And due to the work flow, I need to use inkscape. I could do it easy in AutoCAD, but it isn’t practical in this process.

You need to open the path where you want the path to start.

Select the nodes you want to join and click the join button in the upper left. You will make it one continuous path.

If you want to go further you can then delete the center (joined) node entirely.