I need some help here. I for the life of me and not figure this out. I’m trying to make this cut . All of the blue lines are cuts. The red line is a cuts also . I do not want to cut where the blue line goes thru the red line ( the center of the circle). I hope that makes sense. I’ve tried and tried … but no luck.

In Inkscape what you’re looking for is the commands in the Path menu - I believe the one you want is Combine, but if that doesn’t do it, try the others (there are like 8 total)

I finally figured out what I was doing (I think). I was trying all of these options in the Path menu but not resetting (undo changes) between then, therefor nothing was changing.

There is a shape kinda hidden in the design. If you press Ctrl+6 it will open this view where you can pull the border around to see everything reduced to black strokes. If you dont want that hidden object select it and delete it. 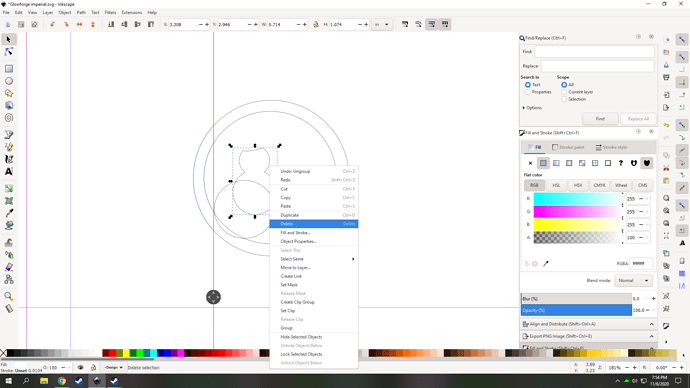 image1920×1080 321 KB
The way i would do what you want to do is to cut the one clue circle form the other then add in the red circle to the ring you make.
select both blue lines and select difference under path. 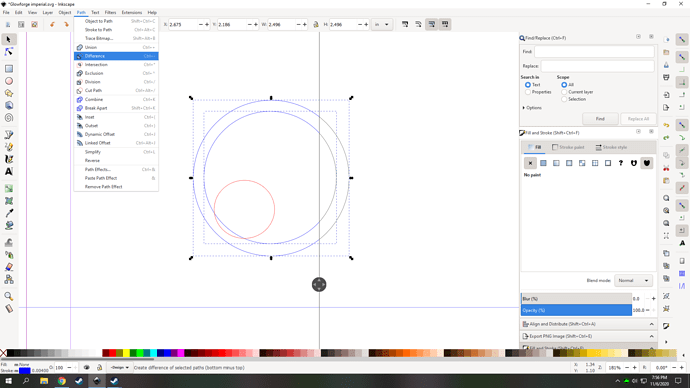 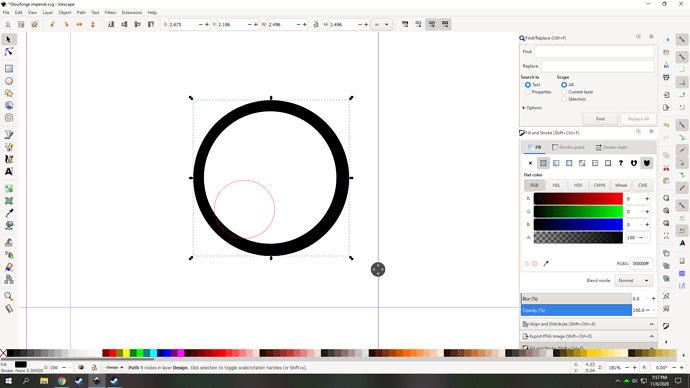 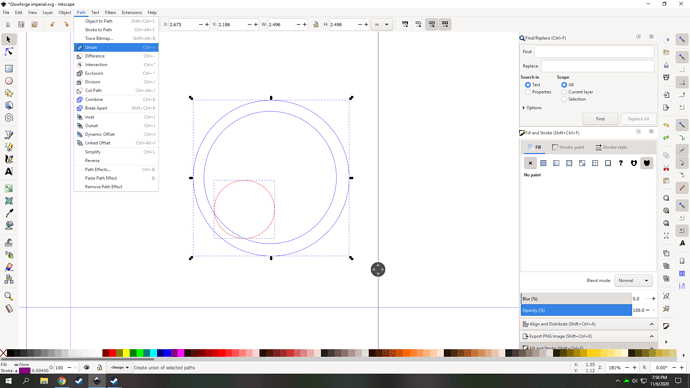 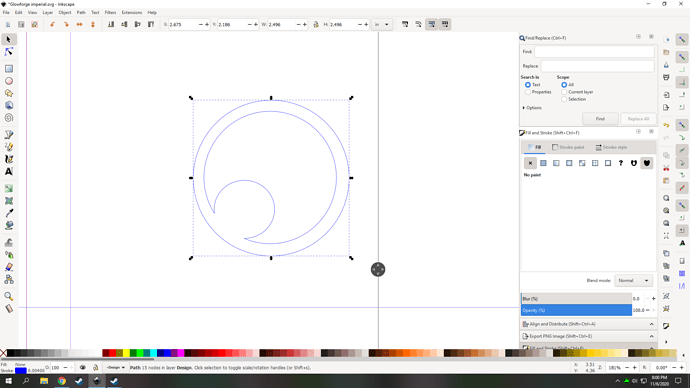 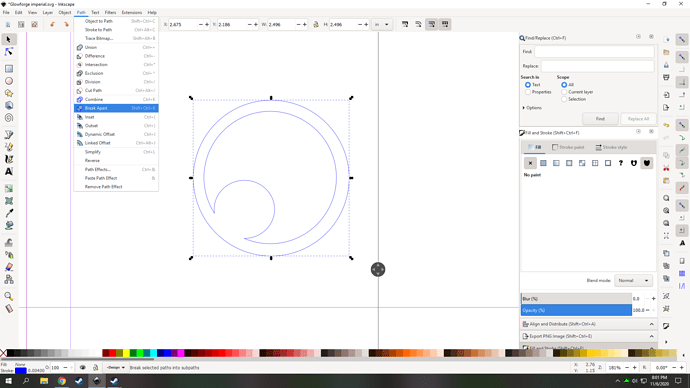 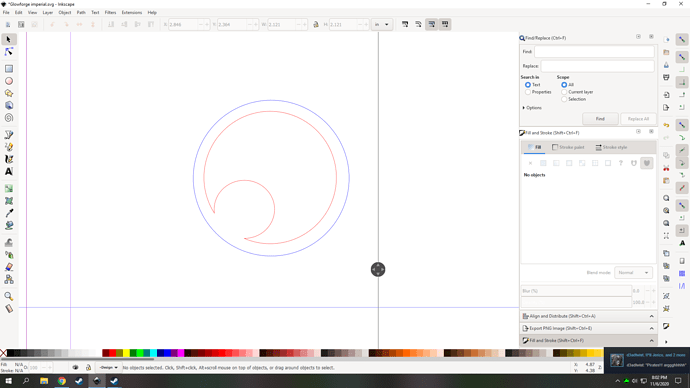 Generally red comes after blue (blues tend to have lower hex codes than reds), which is backwards from what you want to do, which is usually cut from inside out.

It’s optional but it really does save a little trouble, especially with complex designs.

I’m not too stressed about it, and as for the example i just grabbed red because thats what they had in there before and wasn’t really the question asked or the one i was trying to answer.

If you press Ctrl+6

Ctrl+6 apparently hides the raster. I did not know of that! Thank you!

Its super handy, i knew it was there but didn’t start actually using it till recently. ALT-6 is also super handy, its the same sort of thing but gives you a little spotlight view that attaches to the cursor.

As I have all the operational windows on the second screen I have just poked it in the eye to turn the image part off but it is handy to see just some of the image removed and also the extent the image reaches as occasionally I discover it is really big. In this case I discovered that there was a line around the white area that had to be removed, that I had not seen before.