Looking more deeply into Inkscape I came up with this spiral design that could be totally two-color inlay but not something for all the way through. So I engraved the butternut and cut out the mahogany mindful of the kerf and the second mahogany worked out but the engraving into the butternut was only 1/2 of the mahogany thickness and it took a rubber hammer and severe clamping to press it into place that much,

Particularly tricky was part of the design on the outside that ended up 0.8 mm thick and broke up totally on the first try. Now the Mahogany is sticking out halfway and looks really nice and I am thinking of leaving it instead of using the belt sander to bring it flat.

What do others here think? 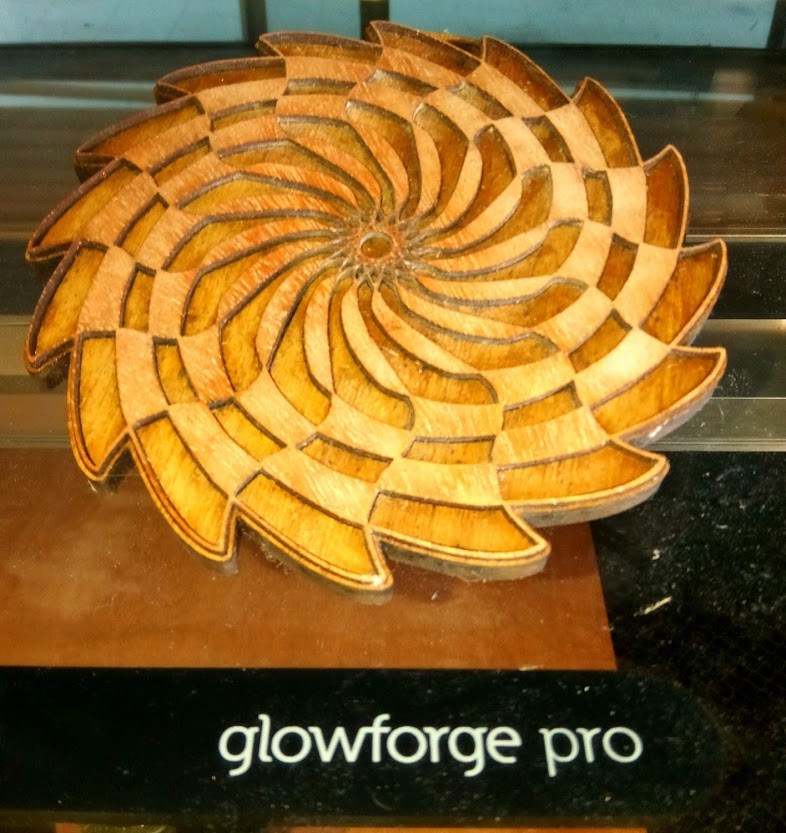 Neat! It might be just me, but I think I would prefer it completely flat. It’s hard to tell you have inlay as it is.

I could go both ways as well - very cool the way it is!

Second @Jules here!
Leave it for now, as you can always decide later to sand it… It’s really amazing and the additional texture/dimension really adds to the optical “trick”.

A newbie here - would resin be an option for fill to flat?

would resin be an option for fill to flat?

Yes but that would be a different design entirely. A big thing I really like about wood is that it is not plastic.

I agree with @cynd11 though. Flat would be the way I’d go (if I had such skills).

Use clear table top epoxy to fill, that would be awesome i think