Hey I was wondering has anyone had any luck using products from Inventables. I currently purchased the following sheet however can’t seem to get the settings correct for cutting and engraving, cutting, and scoring. 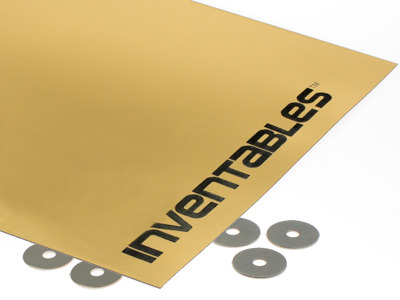 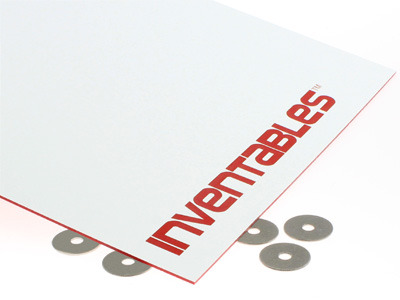 I will be following this thread closely since I also had some issues engraving Blue on White from Inventables.

However, I will admit that I did not do enough (any) testing. This was for someone who was just going to be over for a little bit and I wanted to make something for him.

I have some test files that would run through engraving and cutting power levels that I really should run on my piece. If I had to guess, I would imagine that for their acrylic you would need to go fast and semi-low power but multiple passes to get a good crisp engraving. I did mine with higher power and it looked to just really melt the piece.

So I did 1000/25 with two passes, can out really good and minimal dust, there was still some bleeding of colors which I’m still trying to figure out, someone mentioned a magic eraser work well but haven’t tried it yet. 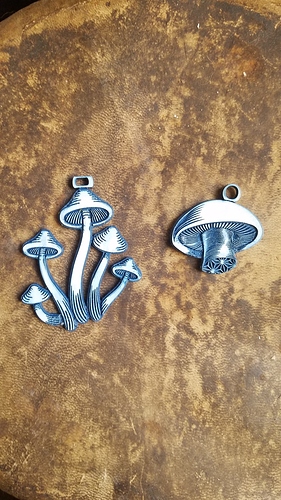 What settings did you use to cut? That bubbled up on me as well and seemed to reseal itself.

what was the thickness you used in this engrave?

So used the proofgrade blue acrylic setting to cut and was the same thickness. Used those settings on the two layer acrylic so far with out any issues…

Still haven’t got the pasting links down yet…

So used the proofgrade blue acrylic setting to cut and was the same thickness.

blue acrylic is roughly 1/8" thick, but the Inventable materials in the OP are about 1/16", (usually) requiring a much lighter “touch.” Was the “two layer acrylic” you used?

It was, funny i didn’t even realized, i just put the two next to each other and eyed it, since my calipers were lost in limbo for a couple of days…but it worked and been cutting like that ever since. Don’t have any pictures of all the other on my phone but made about 10 different designs this way.

Forgot to mention… When I cut white-on-red with the plastic film removed,there was pink residue on the surface. A Magic Eraser did clean it up, but it is a mild abrasive so it also makes the surface matte. If you require maximum shine I would try using paper masking instead of the provided plastic.

What is the thickness you’re using?
Edit: Sorry, just noticed the part number.
I’ve found that this melts easily, so I’ve use S-250, P-2 and made about 5 passes. I’ll hold tge sheet in place and use a pick to see if it’s cut through. If not, run it again.
This stuff is tricky.

I’ve done some work with the Inventables brushed aluminum 2 color acrylic laserable, which is very similar to the brushed gold you’ve posted.

I really like the look of this material, but it definitely took some time to dial in the settings.

I’ll look at my notebook later when I get home for my settings. I also tried the camo/white they had but was never impressed with how it came out.

Edit:
Settings are all 1 pass except for cut which is 2 passes [x2]:

Cut: 150, 50, 2 passes- I feel like this could be further optimized, on long thin items the plastic felt like it wanted to warp (250, 30x3 did NOT cut all the way through according to my notes though). 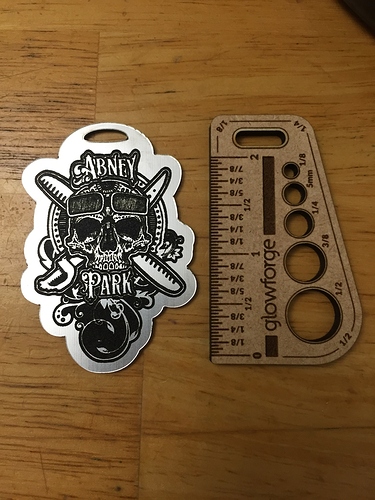 I think it would be interesting to start a spreadsheet of Inventables Materials-to-settings in the tutorials section.

@Jules how would we go about doing something like that? I only recently received my GF, but is this something that is reasonable? Personally, I’ve only started with the Proofgrade settings and haven’t done the customizations, but I’ve noticed folks have put out the settings they used for different materials and currently it’s a search through the forums…

What do you think?

For legal reasons here, the only place we are supposed to put non-PG settings information is in the Beyond the Manual section, and if you do a search in that section, you can find lots of settings for Instructables materials.

(Several folks have their own spreadsheets worked up in that section as well, and a couple of other folks are trying to start a Wiki I think.)

Thanks @jules I’ll check out that section for the settings!

In case anyone is hunting for one of the beyond the manual spreadsheets that someone made, here’s a post with a link: https://community.glowforge.com/t/gf-non-proofgrade-settings-repository/11771